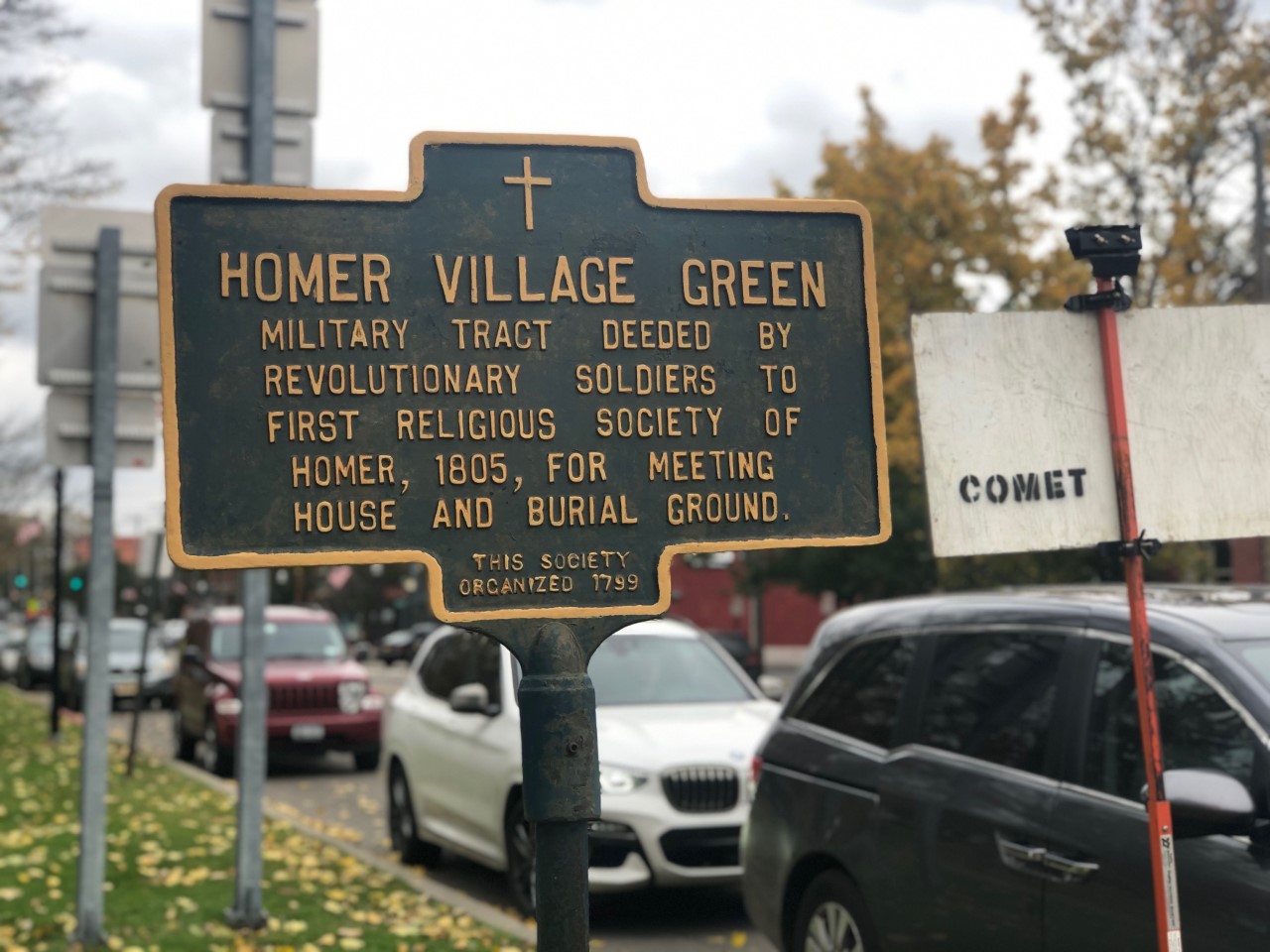 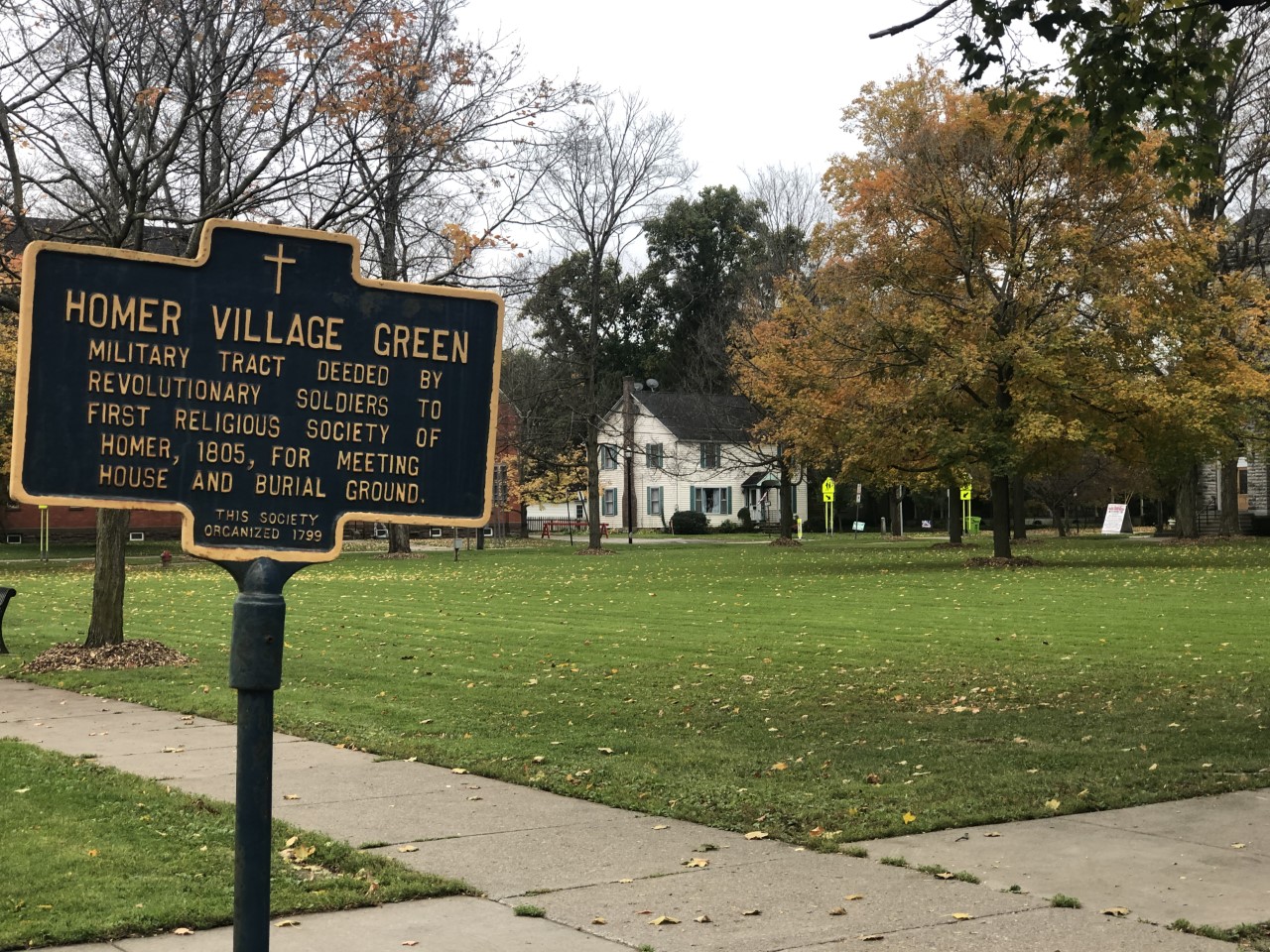 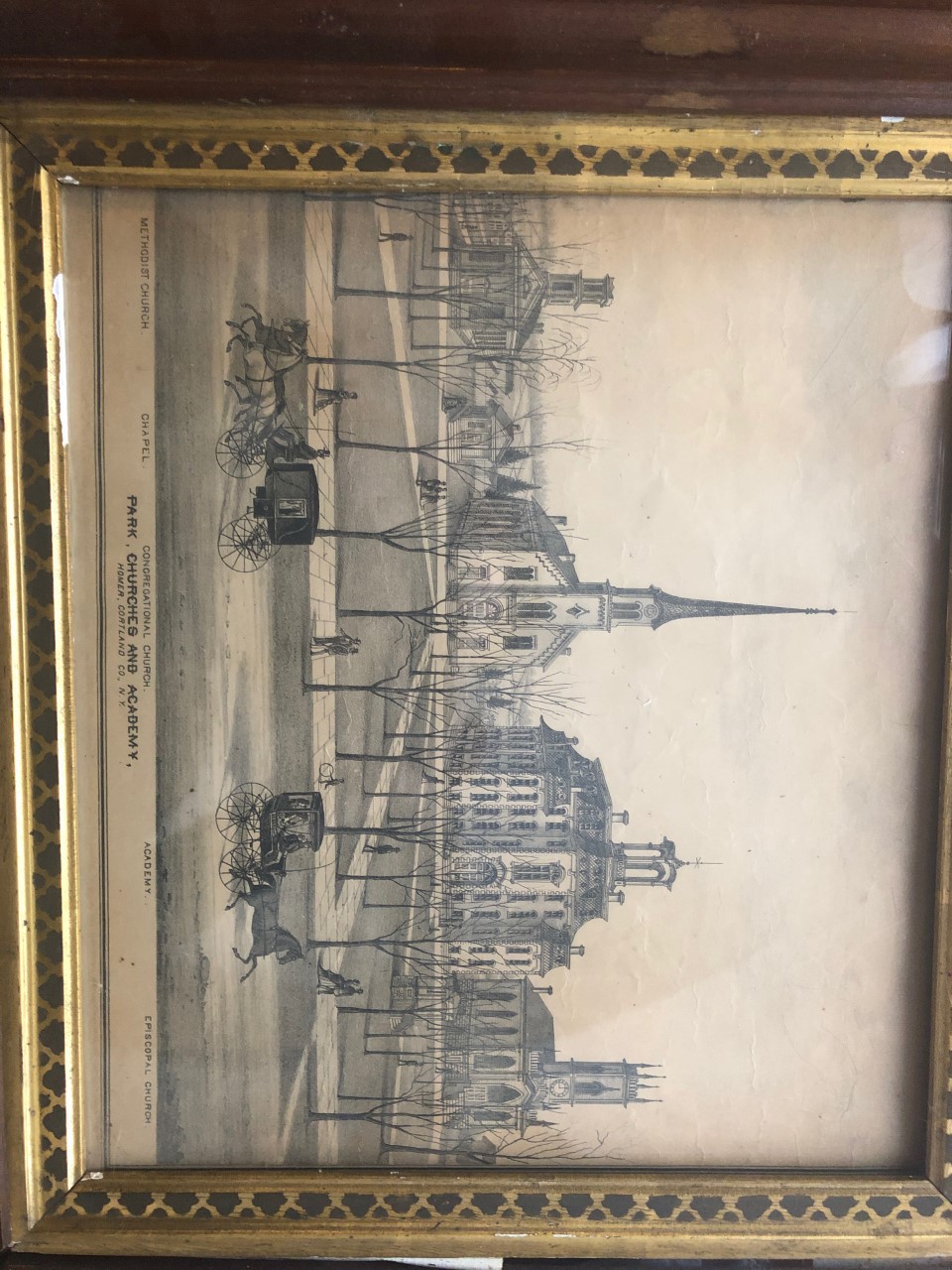 According to New York law enacted in 1784, any local religious group wishing to build a meetinghouse was required to form a incorporated religious society that would own the property, help select a minister, establish his salary, and govern affairs of the congregation. A debate ensued over which denomination should provide the pastor. The Baptists were not favored within the community, and so the Congregationalists ultimately won the debate and appointed Abial Jones as the first moderator of the church. Samuel Goodwin, author of Pioneer History of Cortland County 1885 noted in his book that "it was a common saying, as emigrant families came from New England on to the military tract if you wish to settle among "religionists" go to Homer."

In 1805, Samuel McKinney and Jacob Schuler gave a deed to the First Religious Society, which included six acres of land for them to enjoy. Included in this six acres was the Village Green. The First Religious Society used this New England style common as a place where local farmers could come to graze their livestock. Meetings were also a popular occurrence on the green. In 1804, a Methodist meeting took place at the house of Jonathan Hubbard, and soon after a religious class was formed. Other religious organizations rapidly followed suit. To the people of Homer, religion came first, but education followed not far behind. The Congressional Church of Homer became a member of the Middle Association organized in Marcellus, New York. Seven years later, the church partnered with the Presbytery of Cayuga and Onondaga County, where Rev. John Keep became pastor in 1821. Keep played a strong force in the establishment of Cortland Academy on the Village Green. As noted earlier, education was an important part of early society. However, common schools did not provide the education these early settlers wanted, and so they turned to higher education. As a result, the Cortland Academy was established on February 2, 1819.

Smith, H. P, editor. History of Cortland County, with illustrations and biographical sketches of some of its prominent men and pioneers.

Martin Sweeny Historian for the town and Village of Homer