The Inn at Willow Grove

Located at the foothills of the Blue Ridge Mountain, this stately manor dates back to 1778 and is now a boutique hotel located on a 40-acre plot of rolling farmland. The property is included as one of the Historic Hotels of America but like many other former plantations, markets its history using the image of moonlight and magnolia in ways that fail to engage with the history of slavery or the dozens of enslaved persons who were held in bondage. As of 2019, the official website fails to mention slavery.

The Inn at Willow Grove 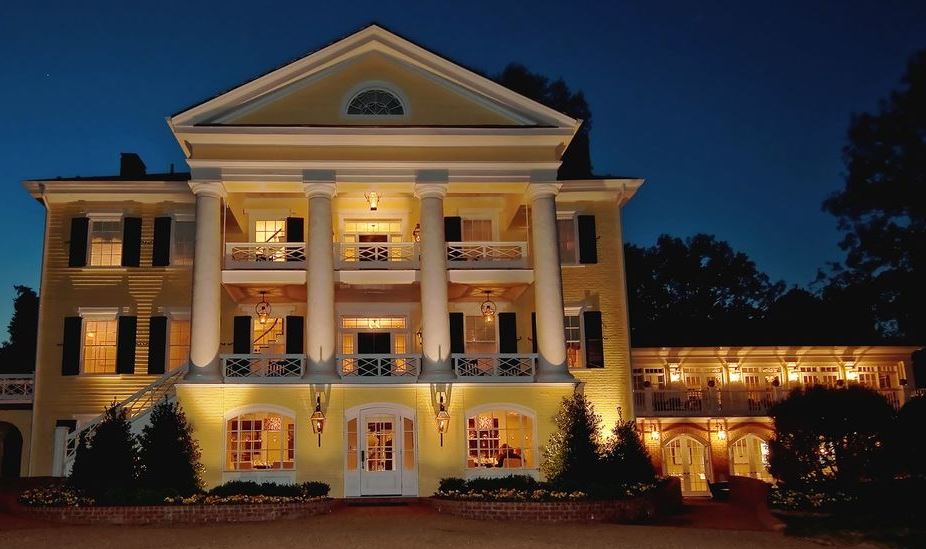 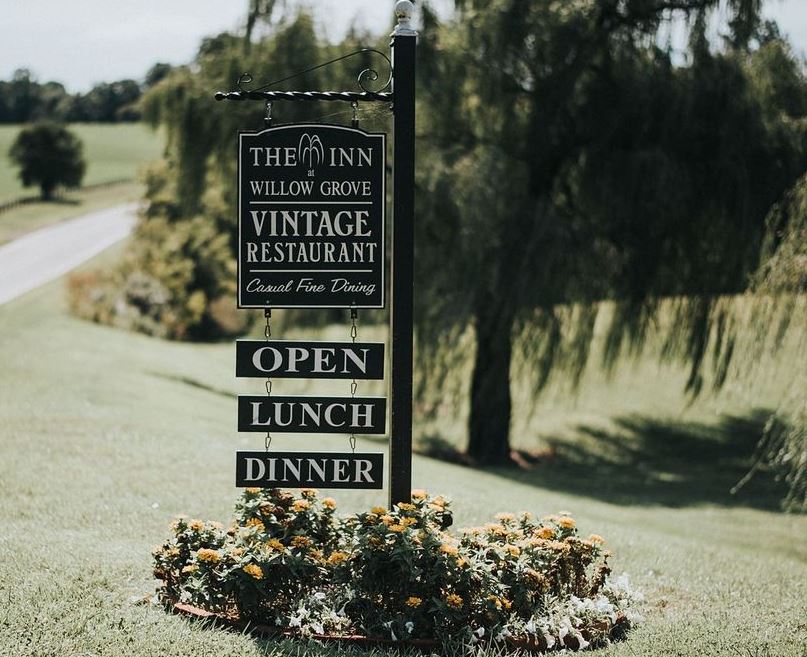 Map of the property 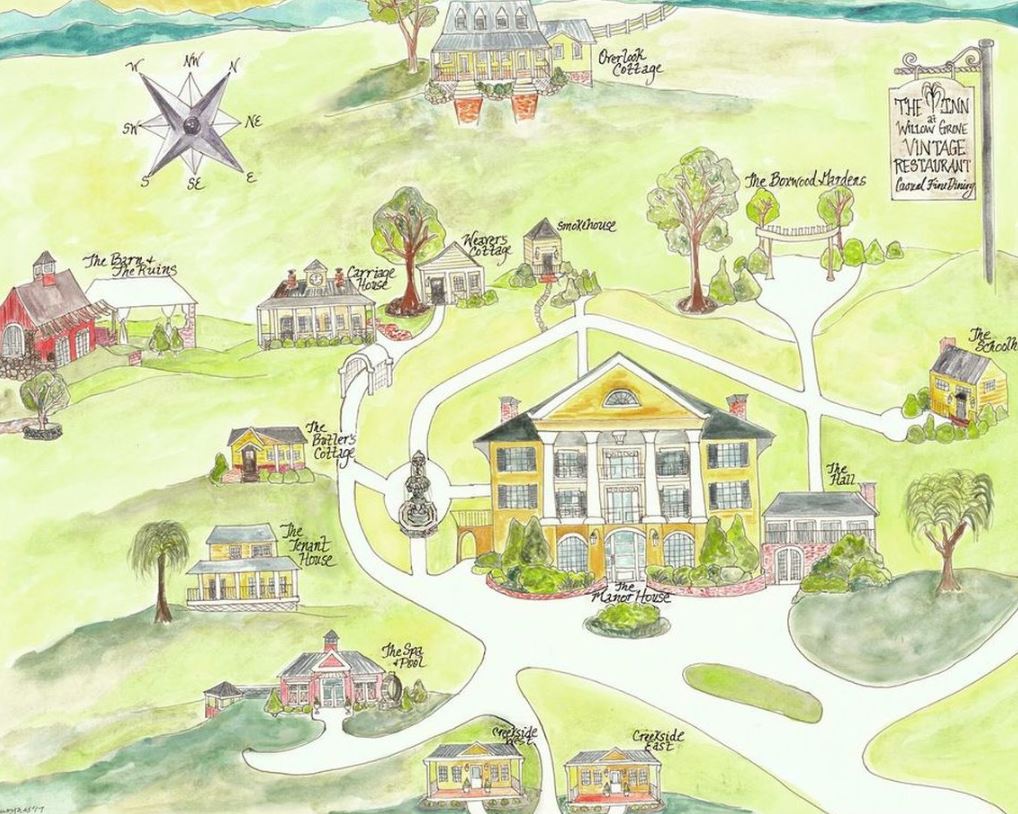 One of the luxury rooms at the Inn.

Willow Grove Plantation was acquired in 1778 by Joseph Clark. Joseph was one of the largest land surveyors in the region. In the mid 1800s the house was expanded by adding the brick structure with Jeffersonian columns and hanging porches were added by the same free and enslaved craftsmen chosen by Thomas Jefferson to work on the University of Virginia. Willow Grove was also the scene of a skirmish during the Civil War. Both trenches and gun emplacements are visible near the house, and a cannon ball was actually found lodged in the manor house’s eaves many years ago. The house's attic has been found to have a series of hidden passageways and crawl spaces.

The schoolhouse, weaving house, ash house,and spring house all remains standing on the property today. Prior to the Civil War and 13th Amendment, Willow Grove was a plantation and its owners held dozens of enslaved persons in bondage. Little is known about the lives of these people, but it is believed that over 34 enslaved people lived and labored at the plantation at its peak.

Over the years, the manor house has seen a lot of changes with owners as well as renovations. Willow Grove was a bed & breakfast for over 20 years, but in 2008 it acquired new owners that soon began a massive, multi-million dollar renovation that was completed two years later in 2010.Today the Inn at Willow Grove is now a luxurious boutique hotel. It has a featured restaurant, Vintage Restaurant, that is featured in Forbes Travel Guide.