Planted in 1997 in honor of the first anniversary of a merger between the U. S. Geological Survey (USGS), National Biological Service, and a portion of the former Bureau of Mines, this red maple is of the Acer rubrum variety. These organizations had been separate entities under the Department of the Interior, and in 1996 Congress united them under the aegis of the USGS, the sole scientific agency of the Department of the Interior. The tree is part of the woodland walk path on the USGS National Center in Reston, Virginia. Nearby are other commemorations and memorials to prominent geologists. 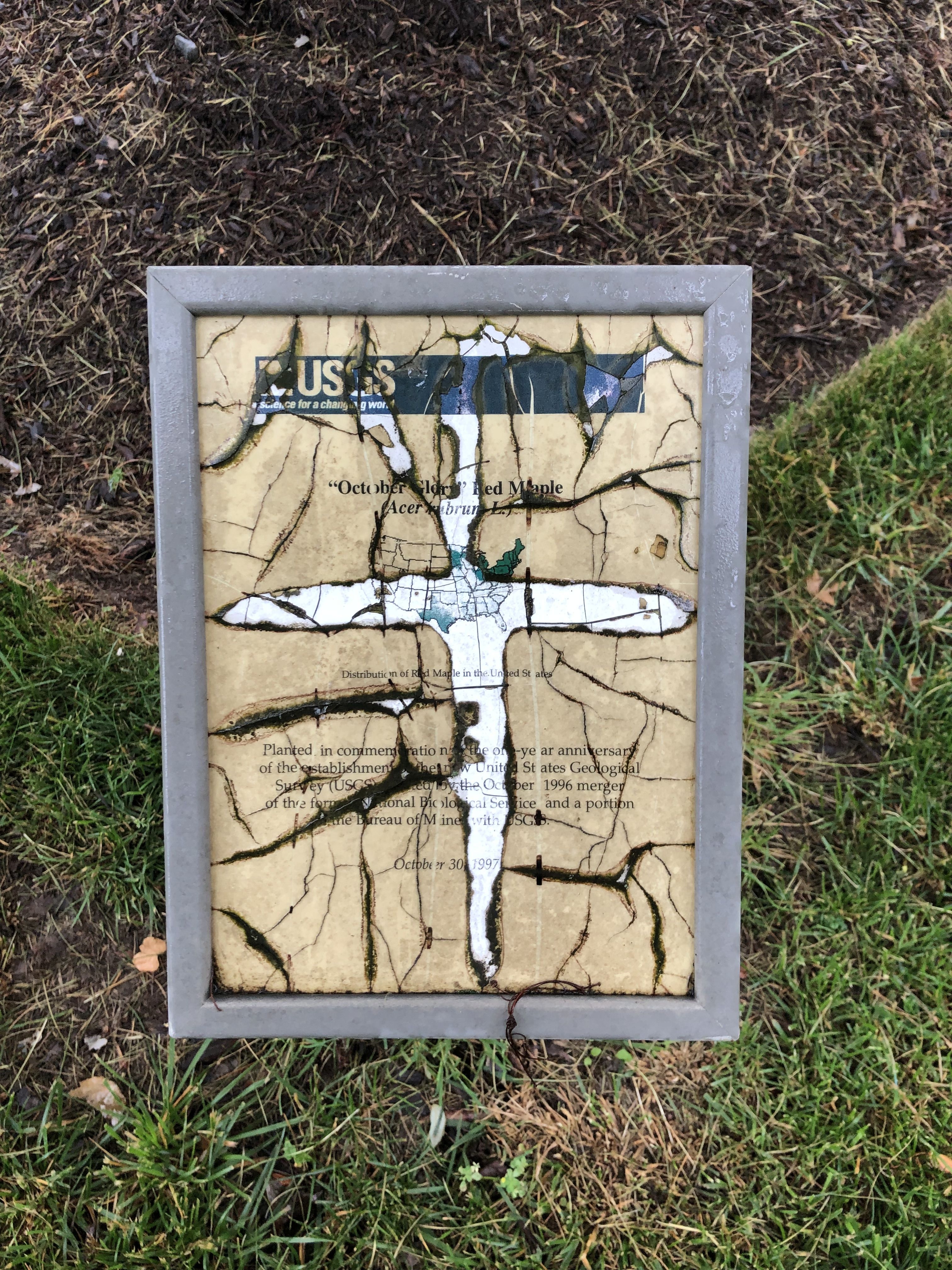 Congress established the U.S. Geological Survey in March 1879, placing it under the Department of the Interior. The new agency's charge was to document and classify public lands, and to research the mineral resources and geologic structure of the country. The establishment of the USGS emerged from previous surveying efforts as well as difficult economic conditions that prompted a need to survey U.S. territories in the west.

In 1996, the USGS merged with the National Biological Service and the minerals information section of the Bureau of Mines, creating a more robust library for the agency's work. In commemoration of this merger, the new agency planted this tree on October 30, 1997. The framed inscription at the base of the tree reads, "Planted in commemoration of the one-year anniversary of the establishment of the new United States Geological Survey (USGS) created by the October 1996 merger of the former National Biological Service and a portion of the Bureau of Mines with USGS." Also pictured on the marker is the distribution of Acer rubrum L. in the United States.

USGS has mapped several woodland and rock garden walks on its campus in the area north of the Powell Federal Building, where the "October Glory" maple resides.