Festival delle Arti (Festival of the Performing Arts) is a bronze sculpture by Harry Marinsky. Retired attorney Angus E. Peyton donated the sculpture to the city of Charleston in 2005 in honor of Ruth and Briscoe Peyton. The work celebrates the arts with six performers — each representing a different aspect of the arts. The figures dance around a vibrant tree, allowing a viewer to experience a different scene from any angle. Intended to appeal to adults and engage the imagination and wonderment of children, the sculpture is appropriately located near the front of the Clay Center for the Performing Arts. Harry Marinsky was a London born Russian who grew up in the United States. He later moved to Italy where he spent the last several decades of his life. Marinsky's works can be found all over the world and in prestigious galleries and museums, though Festival delle Arti is the only large-scale work in West Virginia. 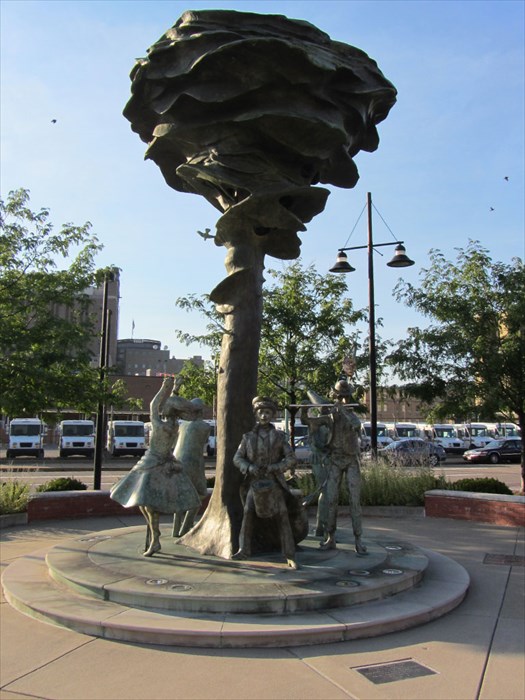 This tour takes users to thirty-three public artworks in the Downtown Charleston area. Works included range from Albert Paley's sixty-eight-foot-tall Hallelujah to P. Joseph Mullins' two-inch Mortar Man. The entry order is optimized to minimize steps by making a circuitous route that returns near its starting place. This tour was made in coordination with Charleston's Office of Public Art.