Memorials to the Second and Twentieth Massachusetts Infantries

During the American Civil War many Massachusetts men volunteered to serve in the Union Army during the fight against the Confederacy. The Second Massachusetts Infantry and the Twentieth Massachusetts Infantry each had a marble lion commissioned to memorialize those who served with them and lost their lives in the war. The numerous battles in which they fought are engraved in each unit’s respective lion. The statues have been in the Grand Staircase of the Boston Public Library McKim Building since 1895, keeping watch over the stairwell.(4)

Photo of the Monuments in the Grand Staircase 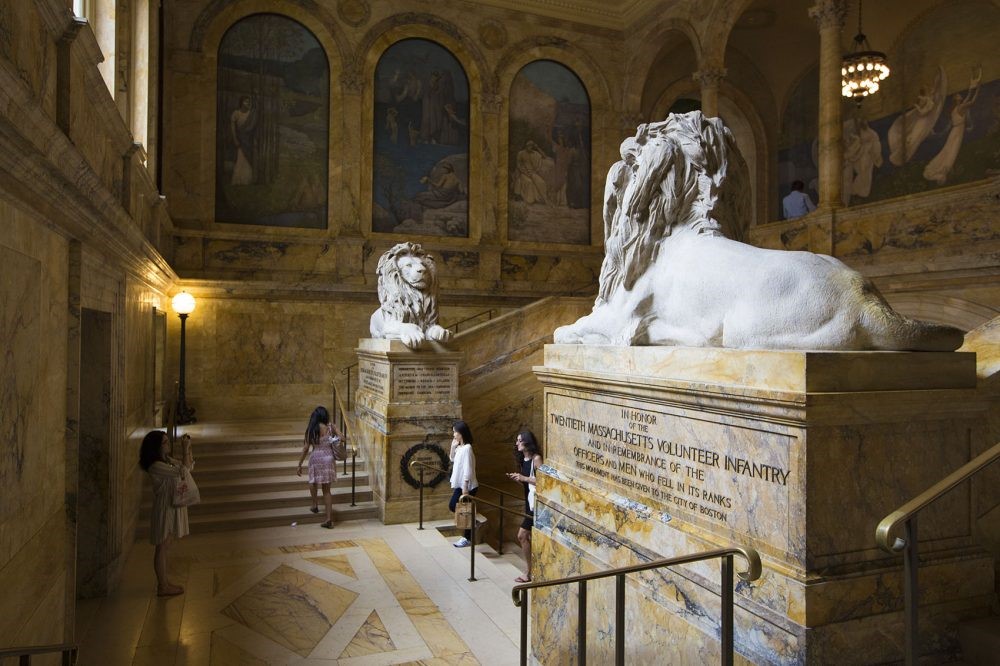 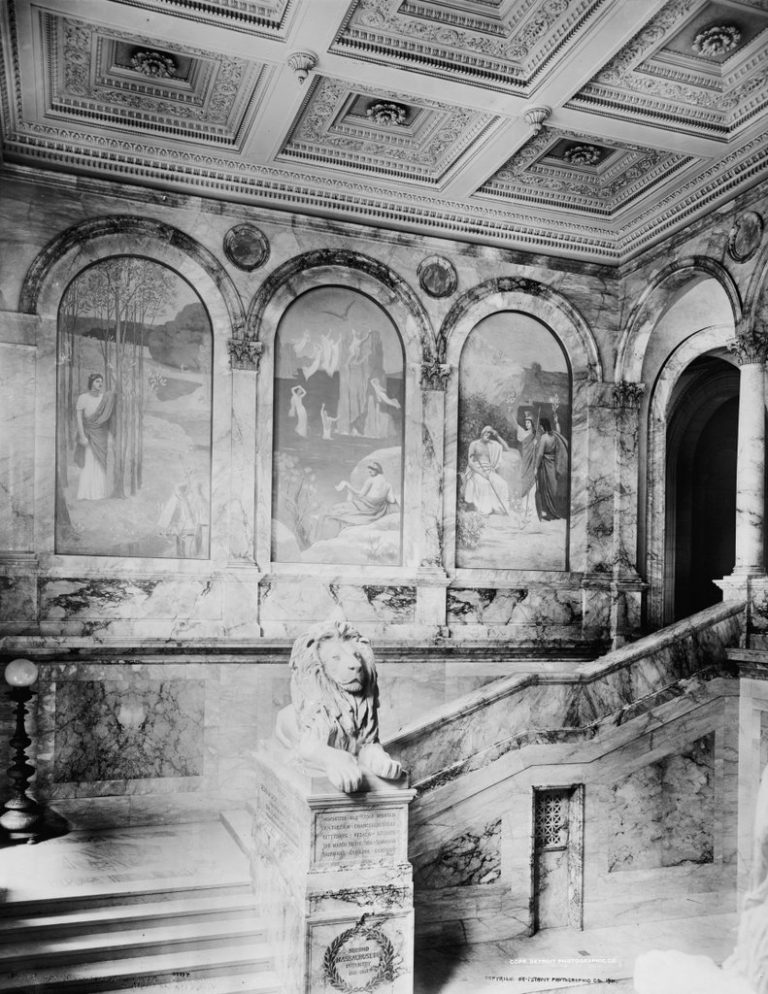 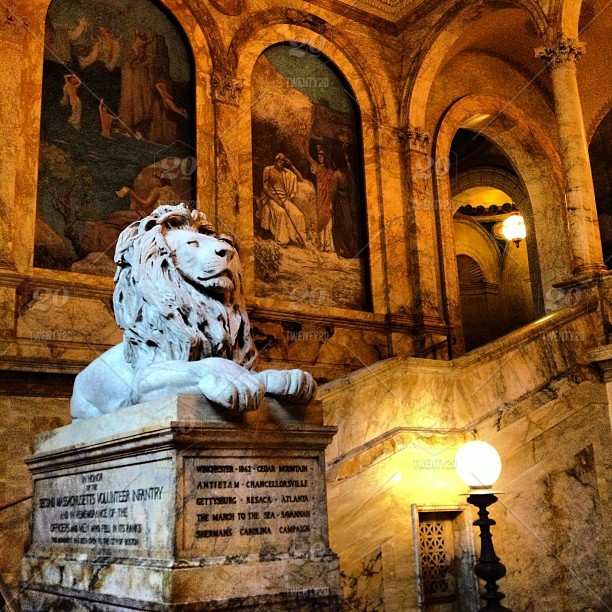 Since 1895, the marble lions memorializing the losses of the Second and the Twentieth Massachusetts Infantry in the American Civil War have kept watch over the Grand Staircase of the Boston Public Library. These statues were commissioned by veterans of the two regiments, and were sculpted by Louis Saint-Gardens. The sculptor was pressed for time while creating these statues and was forced to deliver them to the library unpolished. The veterans protested against McKim’s (the architect of the building famous for his work at the time) desire to have the statues polished, so that they would fit in with the Sienna marble that surrounded them. In the end, they got their way, and the statues remain unpolished. They preferred the feeling of rawness evoked by the unpolished stone. However, people often rub the lion’s tails for good luck, revealing some of the polished marble after years of contact.(5) Where this superstition originates from is still unclear.

During the war, the Second Massachusetts Infantry saw extensive action in many major battles, including Gettysburg, Antietam, Atlanta, and Sherman’s March to the Sea. In Gettysburg, the Regiment took devastating losses in a charge on a Confederate held hill, and was also present at the surrender of Johnston’s Army to General Sherman. Throughout the war, the Second Massachusetts suffered 288 casualties, including 98 to non-combat related diseases. (3)

The Twentieth Massachusetts Infantry was also known as the “Harvard Regiment” for its many ties to the college within the officer ranks. Out of 36 officers, 17 of them were Harvard College alumni, earning the unit its nickname.(2) During the war, the Twentieth Massachusetts Infantry struggled greatly, having its two highest ranking officers imprisoned by Confederates. They also captured many fugitive enslaved peoples and returned them to their “rightful owners”. This caused even more tension within the unit, especially considering the presence of several abolitionists within the leadership. (1)