In 1903, the Bindley Company Building was built adjacent to the Pennsylvania Railroad main line and the Shadyside Station. The building was constructed by Albion Bindley for the family hardware business. Albion and his older brother, John C. Bindley took over the family business, and the building served as a leading force for the hardware, iron, plumbing, and steel industries in Pittsburgh. Before the construction of the building, John C. Bindley, who was the Pittsburgh Chamber of Commerce and of the National Hardware Association, he attempted to make the industry into a trust but the government opposed to the idea. After the building was constructed, John C. Bindley made the building the main warehouse for a regional hardware wholesaler in Pittsburgh he organized. The Bindley Hardware Company Building was listed in the National Register for Historic Places in 1985. 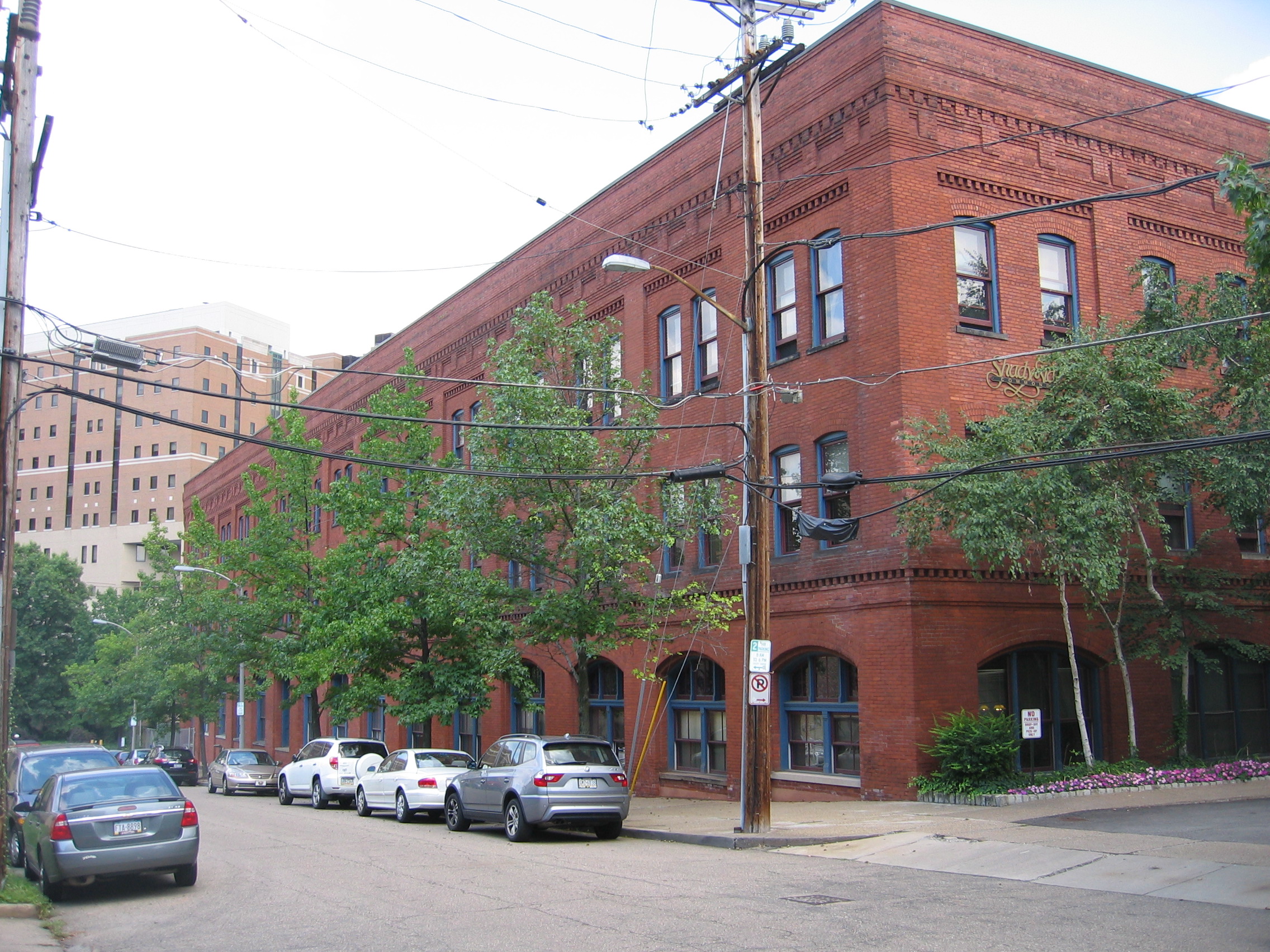 One of the major attributes of Pittsburgh in the late-nineteenth and early-twentieth was that the city was the leading force of the steel and iron industry in the nation. In addition, the largest plumbing and sanitary supply manufacturing plant in the world is located in Pittsburgh. At the turn of the twentieth century, the iron, steel, and plumbing business ventures relied on the hardware business to keep production going and maintained. One of the most prominent hardware companies in the Pittsburgh area during the early-twentifith century was the Bindley Hardware Company.

The Bindley Hardware Company was a family operated business ran by John C. and Albion Bindley. By the 1890s, the business created an industrial assemblage, which gave the family nationwide recognition for their products. In 1895, John C. Bindley helped found the National Hardware Association, and in 1899, Bindley was elected as the president. The principal trade organization of the association and Bindley's activities in the association led him to proper National Combine for hardware production. From 1896 to 1902, Bindley served as the president for the Pittsburgh Chamber of Commerce, which allowed him top build his connections with commercial sellers across the nation. With both positions, Bindley was able to learn about different components of running and marketing a hardware industry, such as determining selling price and keeping track of costs.

In 1901, Bindley first tried to consolidate the family business with other surrounding companies, but the consolidation collapsed due to premature discussions with the press and government hostility. Afterwards, Bindley attempted to make a trust with the businesses the family hand control over, such as the Neely Nut and Bolt and Pittsburgh Steel Products, but negotiations for the trust failed because of governmental opposition.

In 1903, Albion Bindley constructed the Bindley Hardware Company Building, and John C. Bindley had visions for the building to be used as the company's mani warehouse facility to store, sale, and ship products and goods throughout the nation. The building was one of the largest manufacturers of hardware goods in Pittsburgh during its time. The building was located next to the Pennsylvania Railroad main line and the Shadyside Station, which made it convenient for the company to ship products through train. Later, loading docks for shipping cars and trucks and a freight elevator were added. Eventually, the building became occupied by another hardware company, J.A. Williams Company. In 1985, the building was listed in the National Register of Historic Places for its contributions to the Pittsburgh hardware industry in the early-twentieth century.