The Armour Theatre Building (now known as the Screenland Armour Theatre), was designed by the prominent Kansas City architectural firm of Keene and Simpson in 1928 in the Spanish Eclectic architectural style. Constructed on a main thoroughfare in the Central Business District of North Kansas City, the polychromatic brick two-story building has a regularly-laid Mission tile roof, arched fenestration at the main façade and decorative tiles above the canted southwest corner. Glazed terra cotta surrounds, lintels with carved rinceau and the side gabled roofs with shaped parapets at the central unit further characterize the exterior. In 2008, the building under its original name was entered in the National Register of Historic Places (NRHP), under the categories of Community Planning and Development, Entertainment and Recreation, and Architecture.

Exterior of the theater 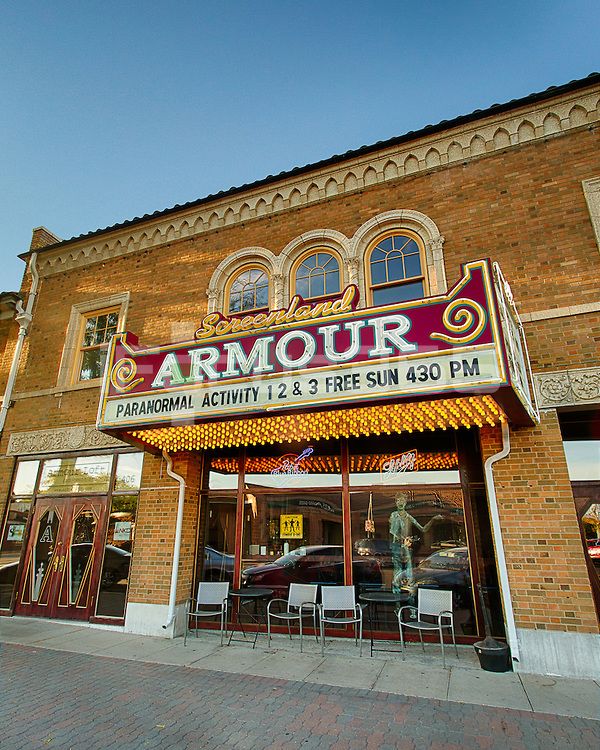 Another exterior view of the theater 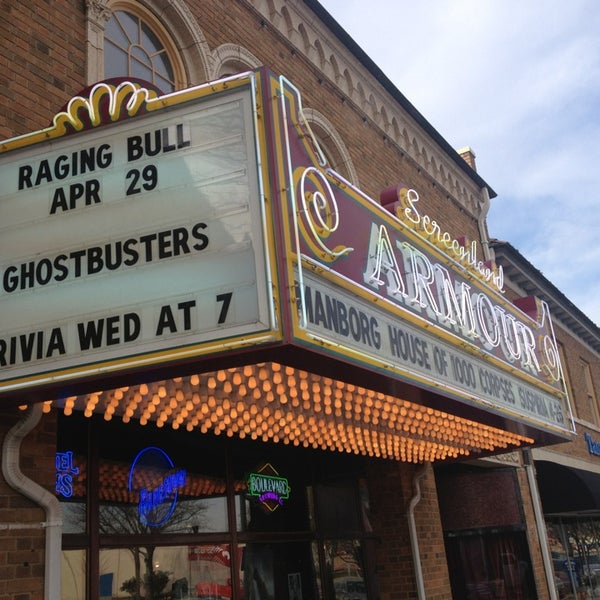 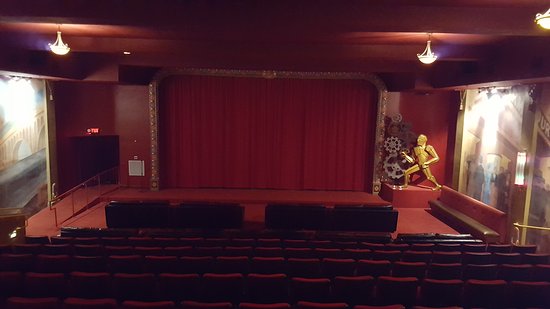 The Armour Theatre building was an integral part in the planning and development of North Kansas City by the North Kansas City Development Company (NKCDC). Designed by the Kansas City architectural firm of Keene and Simpson, it was constructed by Fritzlen and Hufford, general contractors, in 1927-28, as a "Community and Theater Building." The project was spearheaded by the NKCDC, as part of their overall planning and development of a city that was intended to provide the foundation for the expanding blue-collar workforce in the industrialized area directly north of Kansas City. The Armour Theatre Building is representative of the entertainment element that was paramount to the overall design and success of a pre-planned community.

Keene and Simpson, one of Kansas City's most respected architectural firms, was widely known for their monumental designs, including the classic Jackson County Courthouse (1934), considered an Art Deco masterpiece, the Scottish Rite Temple (1930) and the Truman Courthouse (1933). Their firm's Spanish Eclectic design for the building, placed in the context of their other local work, is unique in its scale, architectural style and property type.

When the Amour Theatre Building, under the ownership of the NKCDC, opened in September 1928, it was North Kansas City's first community and theater building. Several other businesses located in the theater building opened between October and November 1928. Its impact on the community was enormous and immediate. (The very first movie shown, on September 6, 1928, was a baseball film called "Warming Up," starring Jean Arthur.) In the early years, live vaudeville performances were also held on the theater's stage. During the tail end of the silent era, when live music was provided to accompany motion pictures, a local blind pianist, George Newell, was hired to play at the Armour, with his wife by his side to read the title changes to him while he improvised the music. He remained there until talking pictures made his role superfluous.

After 1960, the theater underwent a name change twice. In 1963, Commonwealth Theaters Corp. took over management of the building and reopened it on Christmas Day as the Centre Theatre. In 1984, the theater changed hands again and was renamed the Paradise, which eventually provided live entertainment. The Armour may be the oldest continually operating theater in suburban Kansas City.

Screenland Armour Theatre, which was expanded in 2018, now offers four screens with state of the art digital projections and sound. The management provides a rotating selection of craft beers, locally distilled spirits and a kitchen. The theater features a wide variety of films from mainstream blockbusters to (appropriately) classics from yesteryear. The venue also holds festivals, such as Panic Fest, a celebration of horror and science fiction films.

The co-owner of the Screenland Armour Theatre, an independent filmmaker, would very much like locals to support independent movie houses the way they support other local institutions. “We support local artists and shops. There’s this big organic food push. But people don’t really do that with movie theaters,” said Roberts.