The Pfluger cemetery holds the remains of Henry Pfluger and 17 members of his family. Henry Pfluger brought his large family from Germany to Texas in 1849 to escape the Prussian war. The Pfluger family established a farm near what is currently the city of Pflugerville. Henry Pfluger died and was buried near his home in 1867 followed by his wife Christina in 1897. Before Christina Pfluger’s death, she set aside a one-acre stretch of land as a family cemetery. All told, the cemetery contains 16 headstones and 18 graves. The cemetery is located on private property, but the city of Pflugerville is working with a developer to make the cemetery more accessible to visitors. 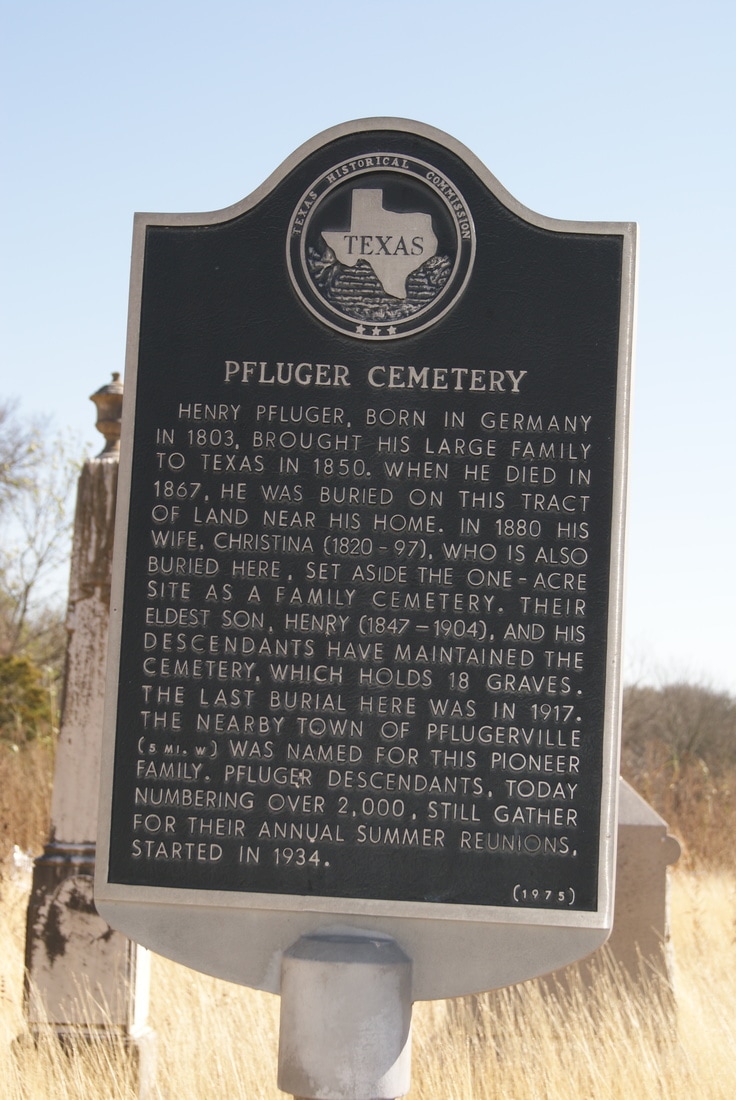 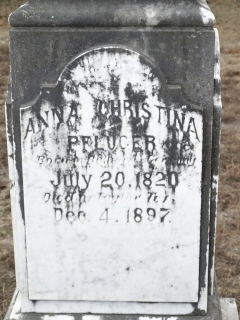 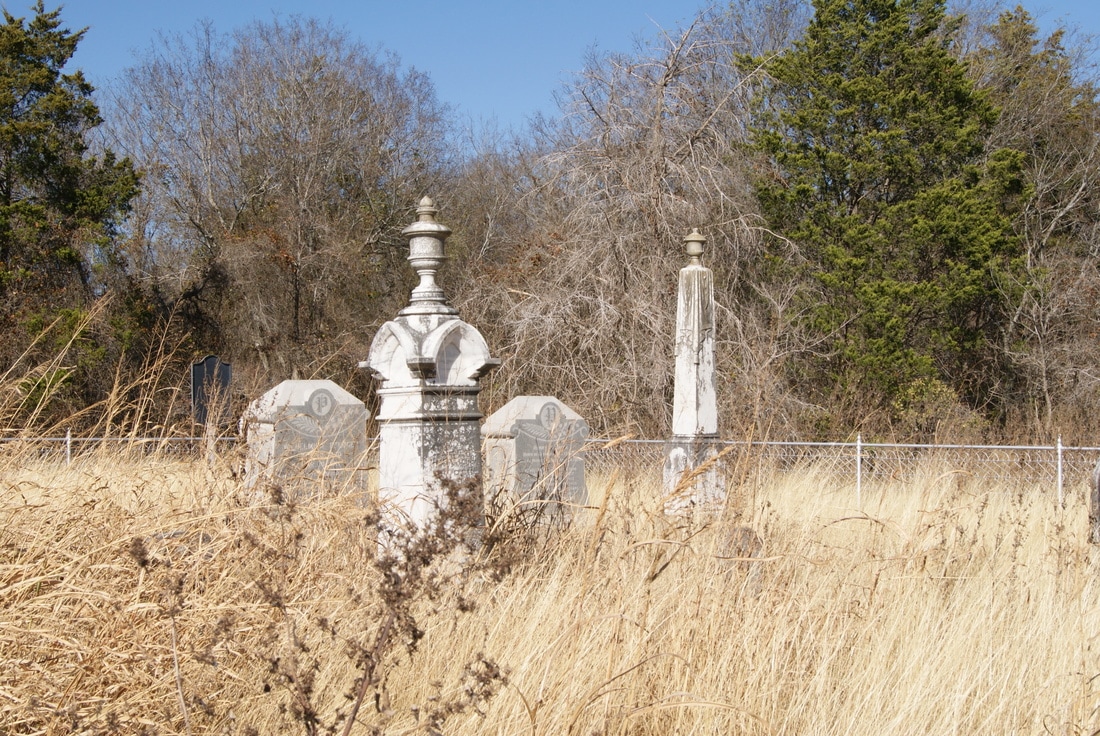 The Pfluger cemetery holds the namesake of the city Pflugerville in his final resting place. Henry Pfluger, born in 1803, travelled from Germany to Texas to escape the Prussian War in 1849. He bought 160 acres from his brother-in-law, John Liese, and then exchanged that for a larger tract of land near where Pflugerville exists today. The Pfluger family grew a variety of crops and raised cattle. A five-room log cabin housed the Pfluger family. It wasn’t until 1860 that Pflugerville was founded by William Bohls. He established a post office and a general store and named the city after the large Pfluger family that had preceded him to the area. Henry Pfluger died in 1867 and was buried near his home. When his wife, Christina, died 30 years later in 1897, she was buried near him. A one-acre tract of land surrounding his grave was set aside as a family graveyard by Christina in 1880.

The eldest son of Henry and Christina Pfluger, also named Henry, maintained the family cemetery along with his descendants. 18 graves exist within the cemetery, but there only 16 headstones. Two headstones exist for the original Henry Pfluger, a grave holding twin infants is bordered with bricks rather than using a headstone, and an unknown grave has a tree stump as a marker instead of a headstone. The last grave to be added to the cemetery was in 1917.

The cemetery is surrounded by an ornamental loop fence. The graves within, have different adornments and styles. One grave, W. August Pfluger, was placed with an ornamental wrought iron fence. The graves include tablets, pedestals, an obelisk and others. The headstones are made from either marble or granite. In most cases, the headstone inscriptions simply detail place and time of birth and death along with the family member’s name. Some of the inscriptions are in German and some are in English. Both headstones for the original family patriarch, Henry Pfluger, state the he was born in Germany in August 1830 and died in his home in November 1867.