In 1903, the Pittsburgh Brass Manufacturing Company Building was built within the Strip District. Originally owned by Thomas Ward (1846-1915) the company building served as a production facility for brass and brass goods, such as valves and pipes. One of the famous products produced within the facility was the frost-proof water closet, an outdoor water closet that was able to withstand and function in below-freezing temperatures. The building was used as the main production facility until the 1970s and remained vacant fro over 40 years. The Pittsburgh Brass Manufacturing Company is now PBM Valve Solutions located in Irwin, PA and continues to produce his-qauilty valves. In 2015, the building was renovated and converted into the Brass Building Lofts, an apartment complex with 14 loft-style units available for rent. Later, in 2016, the building was listed in the National Register of Historical Places. 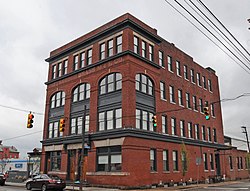 The Kitchen Space in One of the Brass Building Loft Apartment 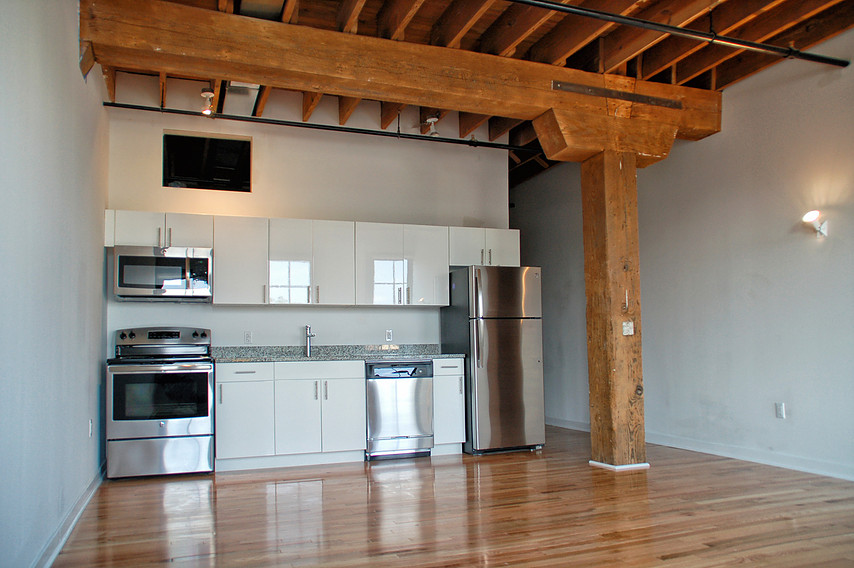 The Top Floor Patio of the Brass Building Lofts 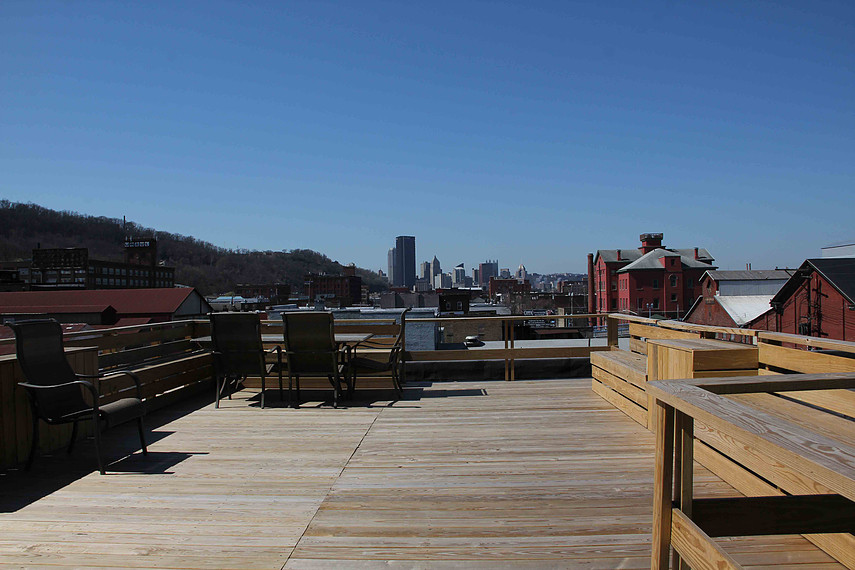 A Diagram of a Water Closet 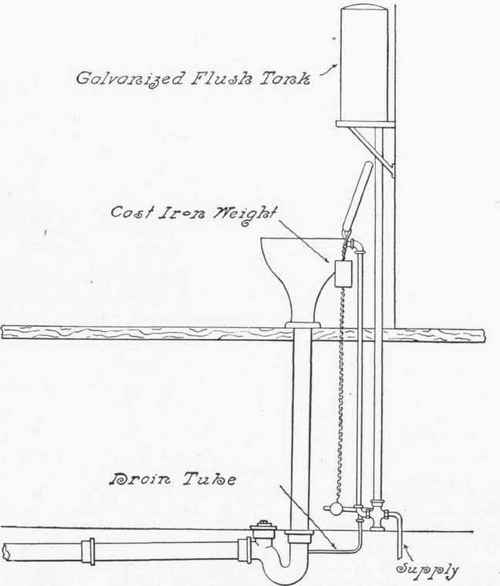 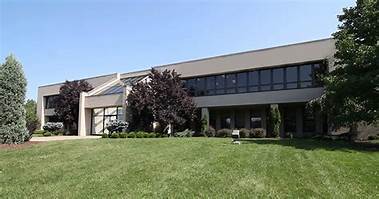 In 1899, Thomas Ward founded the Pittsburgh Brass Manufacturing Company and began producing brass goods, such as valves, pipes, and even water closets. The company was originally located at 105-107 Wood Street in downtown Pittsburgh with a separate foundry space on 46th Street. In 1902, Ward's wife, Annie purchased the lots, wife of Thomas, purchased the lots at 3153 and 3155 Penn Avenue, both of which were owned by F.R. Schlenstead. Later, Ward commissioned a fireproof brass foundry with coke ovens, a finishing shop, and a shipping room from local architect John L. Beatty for his company. Finally, in 1903, the Pittsburgh Brass Manufacturing Company Building was built and began serving as the primary facility where the company's brass goods were produced and distributed. The company's new location along the Allegheny River was the center of Pittsburgh's metal manufacturing, and the company was in close proximities of other metal production facilities, such as Crucible Steel Company of America, Park Works Copper Mill, and Pittsburgh White Metal Company.

The company earned its reputation by being the driving forces of the invention of the frost-proof water closet, utdoor water closet that was able to withstand and function in below-freezing temperatures. Dating back to 1902, the water closets were produced by the company and after the building's construction, the manufacturing and distribution of the water closets expanded. Two versions of the frost-proof water closets were produced within the facility: the Payne and the Pittsburgh. Invented by sanitary engineer Thomas F. Payne in 1900, the Payne achieved its purpose by positioning both the trap and valve below the frost line, preventing the pipes and plumbing to be impervious to freezing and breakage, and the Pittsburgh Brass Manufacturing Company began patenting the product around 1902. The second model, the Pittsburgh, was created in 1908. The Pittsburgh was an improved version of the Payne because it used a lever to flush instead of chains, and the valve was positioned above the closet floor, which increased the hygienic nature and maintenance. Also, the Pittsburgh was constructed of a specialized red brass that proved to be more durable than the materials used in creating the Payne.

During WWI, the company branched out to helping produce materials for the war effort but returned to the original product line once the war ended. During the 1950s, the company shifted its production line to making ball valves, and in 1960, the company's ball valve shipped its first ball valve. The company used the building as its primary production facility until 1968 when the company outgrew the location and relocated to Irwin, PA, 20 miles away from Pittsburgh. The new facility, PBM Valve Solution is a nine acre property that continues producing and engineering high-quality valve systems to this day. The PBM Valve Solutions facility is responsible for manufacturing new innovations, such as the flush bottom mounted ball valve and true multi-port ball valves.

The company utilized the building as a storing and shipping facility until the 1970s, leaving the building vacant for the next 40 years. In 2015, the building was refurbished and converted into the Brass Building Lofts, an apartment complex with 14 loft-style units. The complex has multiple amenities, such as a fitness center, tenant storage units, a top floor patio, laundry units, indoor and outdoor parking, and an indoor bicycle park, and a furnished kitchen space within each apartment unit. The building's tenants also have easy access to biking and walking trails along the Allegheny River. In 2016, the building was listed in the National Register of Historic Register for its contributions to the Pittsburgh metal production industry in the early-twentieth century.