Greensboro's Center City Park dates back to the early nineteenth century when it was established as part of the original 42-acre plan for the town. In the years that followed, the park has remained a place for enjoying nature even as the neighborhood transitioned from residential to commercial buildings. Center Park serves residents and visitors in downtown Greensboro thanks in part to a plan in 2003 to revitalize the park. The redevelopment plan cost more than $12 million, but with the support of local leaders, the new park was completed and officially opened on December 1, 2006. The park now features various sculptures as well as bandshell in addition to other features. 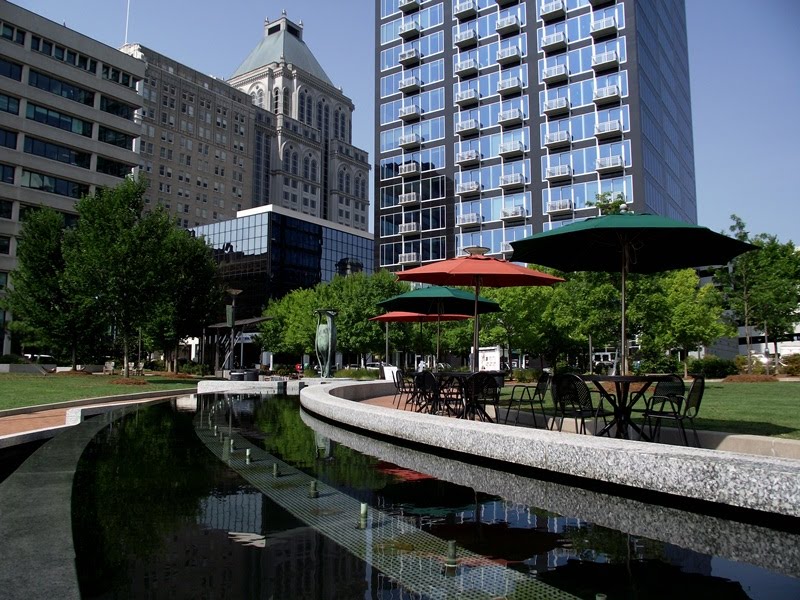 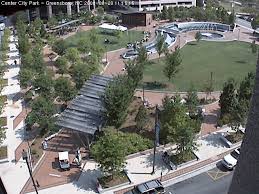 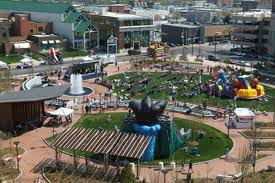 Center City Park is in downtown Greensboro and has its history dating back to the early nineteenth century. As a part of the original plan for the town of Greensboro, Center City Park was located in the northeast corner of the forty-two-acre town plan. This part of the town largely remained residential until the 1940s and 50s. By the 1960s, however, homes were increasingly supplanted by parking lots and buildings, but the park offered respite from the industrial and business life.

In 2003, a workshop was held by the Project for Public Spaces to show the proposed new park in downtown Greensboro. Attempting to be a “people place” and not just some greenery, the park was decided to be in close proximity to the local YWCA, Library, and Cultural Center. On August 7, 2003, the ribbon was cut for the temporary park put in place in an attempt to experiment and work out the best plan for the permanent park. The interim park was opened in November, and in March of 2004 the city put out the request nationwide for proposals from park designers.

Halvorson Design Partnership Inc. was chosen and was assisted by the local J. Hyatt Hammond Associates, with the general contractor being Rentenbach Constructors, Inc. The park cost more than $12 million to build, with $6 million being for the cost of land, and approximately a little less than that spent on design and construction. The park features various sculptures representative of the seasonal stream beds from North Carolina’s Piedmont region, as well as a bandshell. The ribbon-cutting ceremony to celebrate the re-opening of the park was held on December 1, 2006.