Completed in 1933, the iconic gothic structure sits on a hill near the center quad of the Trinity College campus in Hartford, Connecticut. In 1928 the construction began and in 1932 the chapel was completed. Its long row of pews, detailed with wood carvings, sit below intricate stain glass windows and an intricate ceiling. Presently, it exists as a place of worship for many religious groups including Roman Catholics, Protestant Christians, Muslims, and Buddhists with Trinity Zen.

The view of the chapel from the back side, standing near the Trinity College Football Field 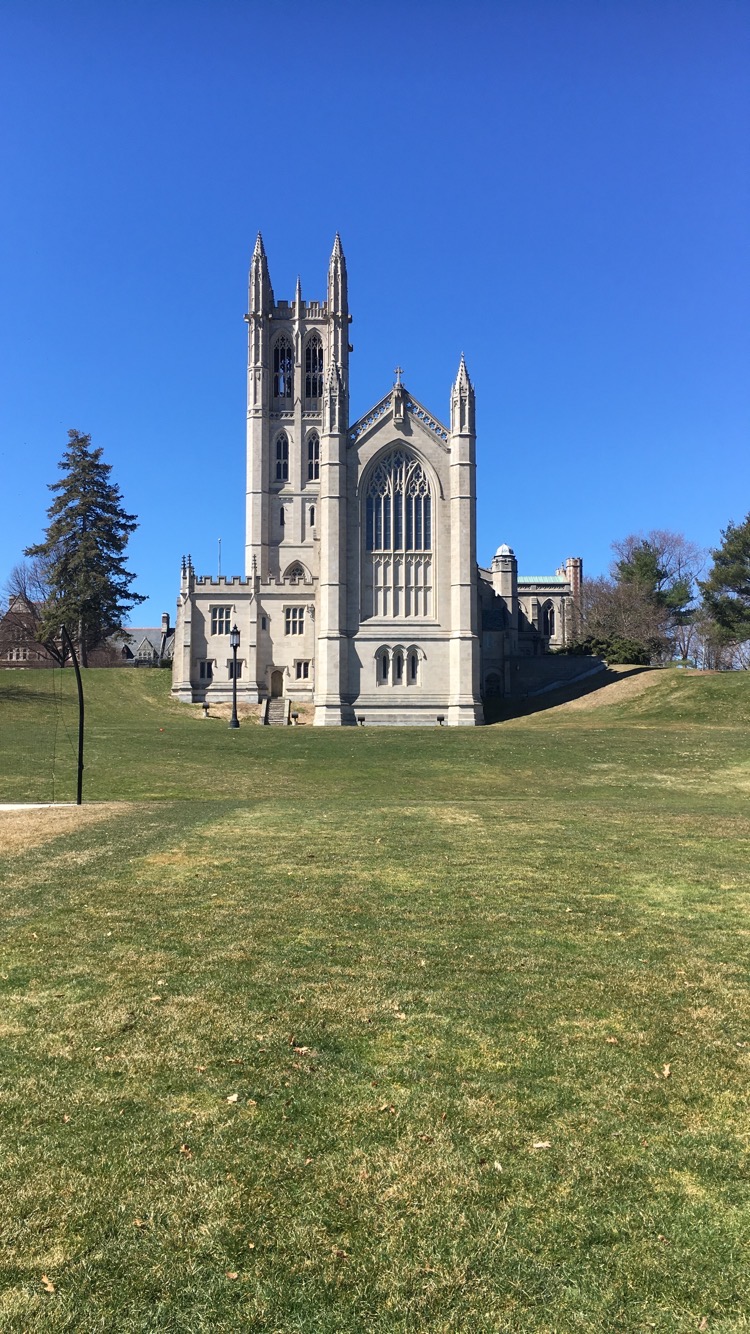 The view of the chapel from the front side 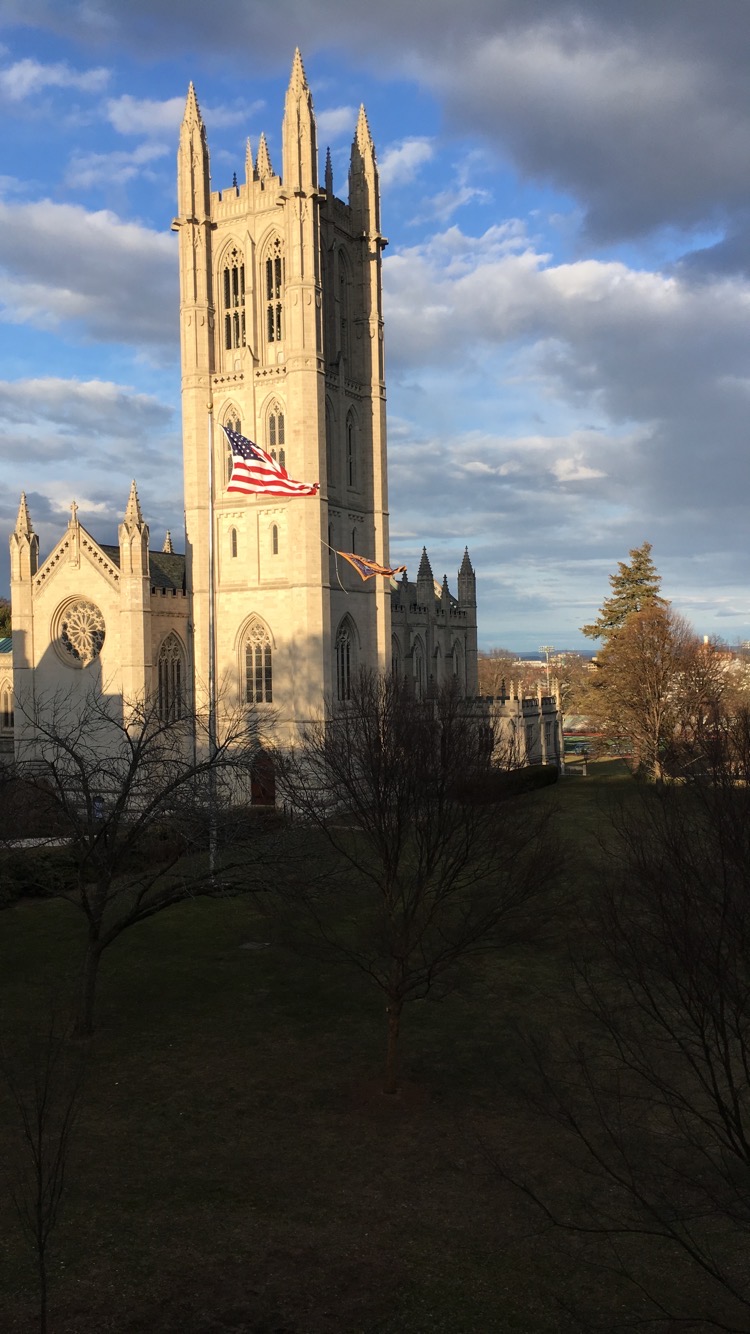 During the first century of Trinity College's campus existing, there were 3 chapels present on campus. In the first chapel, located on the old Trinity campus in downtown Hartford at the state capitol, William Mather, now a well known name on campus, carved his name into the chapel walls. In 1874, he was fined $1 for the vandalism on the chapel on behalf of the faculty of the college. Fifty four years later, Mather, in a conversation with Remsen Ogilby, President of the college at the time, discussed building a new chapel for the campus. It is said that Mather asked for $1 for the new chapel, to get his dollar back from when he was fined, in spite of his previous fine.

The chapel was designed by Philip H. Frohman, Robb, and Little, architects of the Washington Cathedral, and stands at 163 feet, made is made of limestone. It contains thousands of small details, whether obvious or hidden, the Chapel has unique qualities that make it the icon for Trinity College that it is today.

The chapel is well known for it's wood carvings that line the pew endings in the interior of the chapel and for its stain-glass structures, which shine colorfully when the sunlight hits. Many of the pew ends were donated by certain people or groups, and have meaning portrayed in their intricate carvings. For example, the "Washington Pew End" was given by the class of 1932 at the time of graduation which was the "Washington bi-centennial year" and shows an image of an eagle looking at the British coat-of-arms, a Continental soldier, and a fox.

From back end of the chapel, you see the rose window high up on the front wall. It is dedicated to the Mothers of Trinity men. Each glass has a religious symbol, and in the middle is the Virgin Mary holding with the Holy child, as known in the Christian religion. Under the rose window is the large organ, lofted onto the furthest wall. There are approximately 4,070 pipes controlled by 65 stops, some of those pipes coming from the previous Trinity Chapel in Seabury Hall.

Home of the Office of Spiritual and Religious Life and the Chapel Music Program, the chapel stands as a historical landmark in the city of Hartford and a constant symbol for the college. It's a space used by many groups, religious and non-religious, throughout the community for various events, gatherings and services. Reverend Allison Read joined Trinity in 2008 as College Chaplain. She is an Episcopal Priest of the New York diocese in 2003. She is the second woman Chaplain for the college.