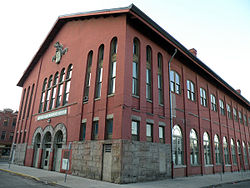 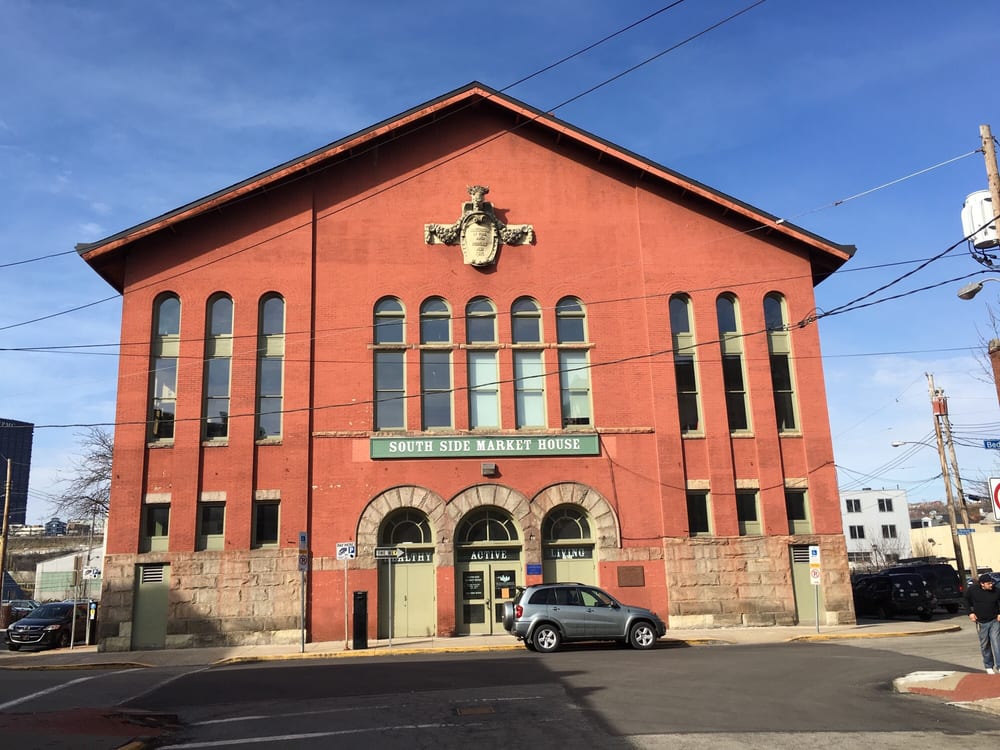 In 1893, local architect Charles Bickel (1852-1921) designed and built the South Side House Market. Bickel wanted for the building to have the state-of-the art design, so he took some inspiration from Henry Hobosn Richardson, the famous architect who revived the Romanesque style and created a new style, Richardson Romanesque. The cornerstone, window archways, and doors were all heavily inspired by Richardson's designs. Once the cornerstone was laid by the superintendent, D.L. McDonald, he and Bickel hid a box containing a sketch of the building, old coins, and copies of all the daily newspapers in the cornerstone. The box was encased approximately four feet from the ground at the southeast corner of the building.

The building's originally served as a grocery store and meeting place of the neighborhood immigrants of the Southside area. The immigrants ranged from Polish, Ukrainians, Italians, Germans, Serbians, Croatians, Slovaks, Lithuanians, Russians, and Irish. However, around 1914, the market house unexpectedly caught on fire, and the interior was mostly scorched and destroyed. The walls survived, yet the original four peaked towers collapsed and were destroyed amongst the rubble and debris. In 1915, the market house was reconstructed, and a new gable roof was attached. To commentate the building's reconstruction, a stone cartouche was placed on the south side entrance of the building. The cartouche has a bull's head center with a small plaque stating, "Destroyed by fire and rebuilt in 1915."

The building continued to serve as a grocery store, but there was a rolling skate rink on the second floor of the building. Throughout the Depression, the market building held several events, such as dance recitals and performances for the youth to get them off the streets, "Golden Glove" boxing tournaments, semi-professional basketball matches. In 1943, the building was later used as a recreation center, which held senior citizen and pre-school programs, community get-togethers, and athletic matches and events. In 1976, the South Side House Market was listed on the National Register of Historic Places, making it one of two surviving surviving market houses beside the East Liberty Market House.

In 2015, the South Side Market House celebrated its 100th anniversary with a huge festival around the South Side area. At the festival, many activities, food vendors, and musical entertainers were brought in to help celebrate the house's significance within the South Side area. Currently, the market house serves as a center for City of Pittsburgh Department of Parks and Recreation (Citiparks), an organization that hosts community and athletic events for senior citizens. The building's history not only serves as a surviving symbol of the Richardson Romanesque style, but also a reminder of the various events it held that brought the South Side community together.