The marker on the map shows the location of Freedom Road Cemetery. The graves in Freedom Road Cemetery belong to African American people and who were using the Underground Railroad during the Civil War. The cemetery also holds nine African American veteran graves. Daniel Hughes (original owner of the land) had given up part of his property for the cemetery, the cemetery did not receive its name until 1936. The cemetery is a must see when visiting Williamsport, Pa. It is a historical site in Williamsport and the community acknowledges the influence it had on shaping their culture. 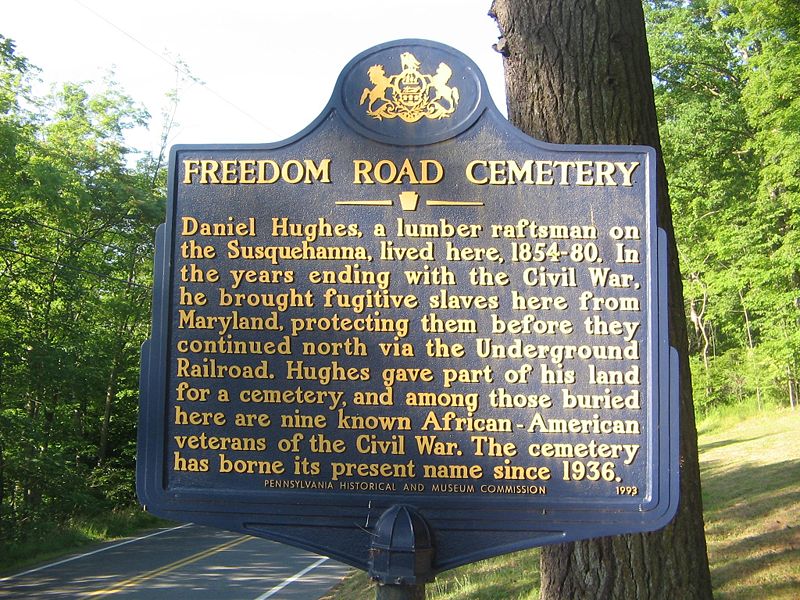 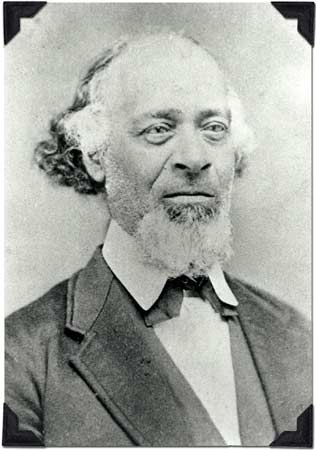 Before Freedom Road cemetery became what it is and stands for today. The property was owned by an African American lumber raftsman named Daniel Hughes. Between 1850-1880, Hughes would bring slaves from Maryland back to Williamsport, PA using the Susquehanna River and the Pennsylvania Canal. The use Underground Railroads secret routes and hiding locations throughout Williamsport, made Daniel Hughes an advocate for helping these escaped slaves reach freedom into Northern America and Canada.

During the time of these events, Williamsport was transitioning into one of the biggest lumber producers in the States. Hughes role in the Underground Railroad was one of a "conductor" (a person who was an advocate for the Underground Railroad and would help house and look after the escaped slaves). Daniel Hughes would make multiple trips bringing lumber from Williamsport into Maryland, and during his trips he would hide multiple slaves on his barge so they can escape detection. Upon arrival in Williamsport, Hughes would bring the slaves back onto his property which was located in a small valley in the northern mountains of Williamsport. His property was surrounded by acres of dense woods and their were many secret passages and caves within the property for slaves to secure themselves as the proceeded using the Underground Railroad.

Their was extreme difficulty for Daniel Hughes to help the way he had. During this time period, slavery was banned by the Northern states but it did not mean that all the people had a collective mindset that slavery was a curse on society. In Williamsport and many other northern locations, there were still people who were advocates for slavery. Daniel Hughes had sacrificed his freedom too help these escaped slaves reach freedom using the Underground Railroad. Since their were still many advocates for slavery, Hughes had to be very secretive about his actions.

The Fugitive Slave Laws of 1850, had allowed for slave catchers to pursue runaway slaves into the Northern States. It was until 1793 that slave catchers were forced to stop their travels at the Mason-Dixon line. Not only were the slaves escaping detection by bounty hunters but Hughes was close enough to being in the same scenario. Keeping his situation quiet because of the possibility of someone reporting his wrongdoings made Hughes take great precaution. The precautions he had took to successfully execute his plan meant using his given surroundings to his advantage. The ability for him to use the dense forest and secret passages at night proved to be a great asset in helping the runaway slaves escape to the next location along the Underground Railroad.

Hughes last effort was in donating his land for the building of the cemetery. The cemetery was to hold any runaway slaves who did not survive through the Underground Railroad and many African American war veterans. Daniel Hughes also is buried at Freedom Road Cemetery in an unmarked grave. It is safe to say that the commitment and sacrifices by Daniel Hughes had became a part of the man he was and wanted to represent. His actions did not go unnoticed and his actions are respected by many who know about the history of him and Freedom Road Cemetery.