The Ratcliffe–Logan–Allison House, also known as Earp’s Ordinary, is a historic home located in Fairfax, Virginia, completed in 1810 with an addition finished in 1830. It is the oldest residence in Fairfax, although it also served as a stagecoach shop. The house mainly stands as a monument to Richard Ratcliffe who donated the land now known as Fairfax, and benefited economically in doing so. He served in various public service jobs for more than fifty years for the city and county, starting before the U.S. Revolutionary War. 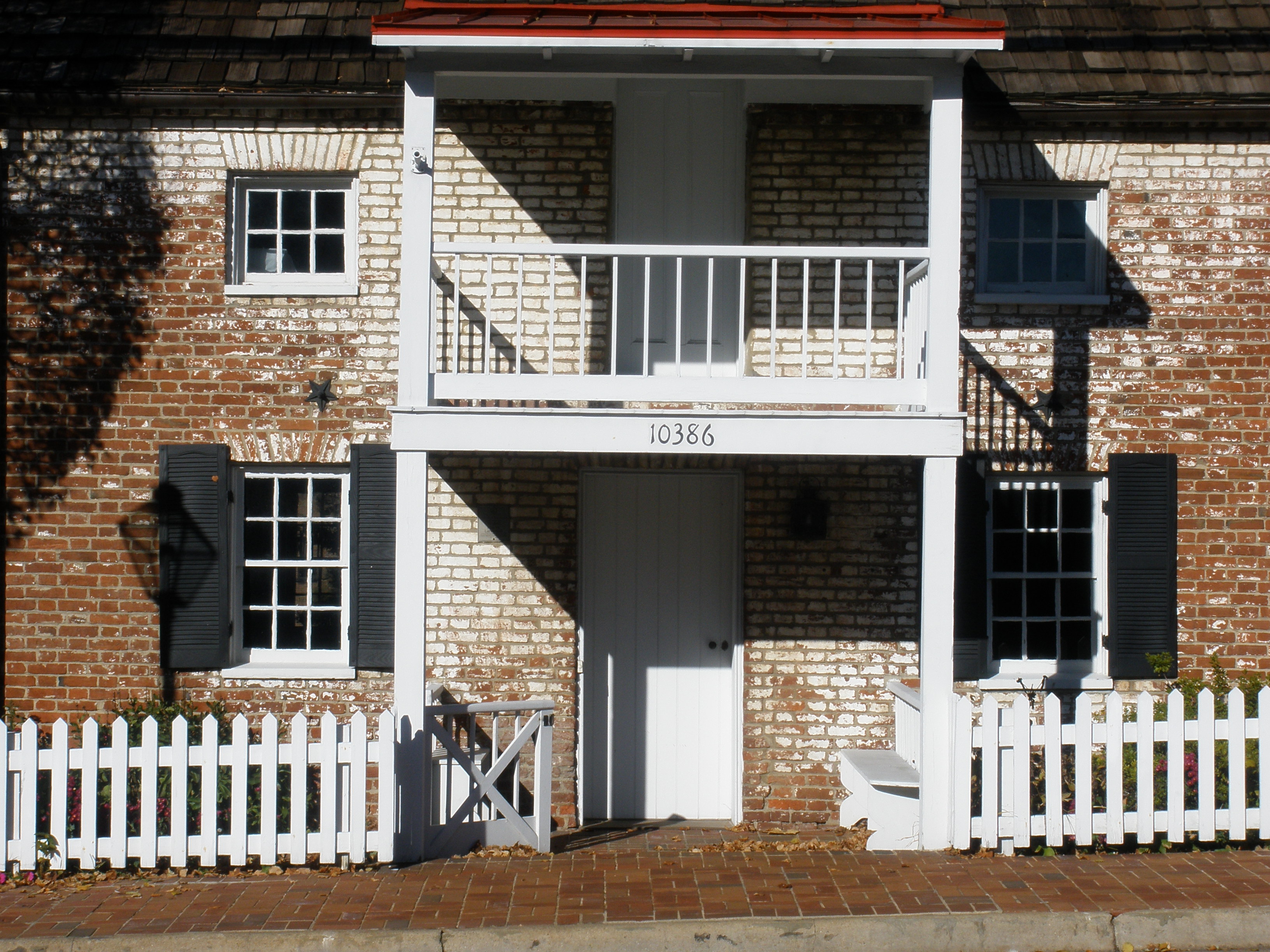 The Ratcliffe-Logan-Allison House, commonly called Earp's Ordinary, was built in two phases sometime between 1805 and 1813. The vernacular brick building stands as the oldest residence in the district (although by 1820, the home also served as a stagecoach stop). The Ratcliffe family, notably Richard, proved significant in creating the city of Fairfax. Even before the city's creation, the influential family enjoyed a storied history; Richard Ratcliffe's father was known to have dined with George Washington.

Richard Ratcliffe, the son of John Ratcliffe and Ann (Smith) Moxley, was born in Fairfax County in roughly 1751. John and Ann appear to have been a contemporary of both George Mason and George Washington. Indeed, Washington once recorded in his diary, "Mrs. Ratcliffe and her son came to dinner." While Washington enjoys the nickname "Father of Our Country," it can be said that Richard might well be "Father of Fairfax," although he mainly created the city through deals that benefited him financially.

From 1771 until his death in 1825, Richard Ratcliffe served variously as the Fairfax County sheriff, coroner, justice, patroller, overseer of the poor, constable, commissioner, jail inspector, elections superintendent, candidate for the Virginia General Assembly and designer and developer of Providence -- now known as Fairfax.

Richard was an educated man, born and raised during an era when the United States separated from Great Britain and developed into a nation. Before the Revolutionary War commenced, in 1771 and at the age of 21, Richard took the job of Fairfax Country Deputy Sheriff, which would be the start of a public-service career that would span more than half of a century. Richard did not serve in the Continental Army or militia during the Revolutionary war, but he did supply the army with provisions. One year into the war, Richard married Louisiana "Locian" Bolling, and the two of them went on to raise nine children.

By the mid-1790s, Richard Ratcliffe owned nearly 3,000 acres of land in the Fairfax area, much of it located in what is now the Downtown Historic District of the City of Fairfax. Meanwhile, complications related to the creation of Washington D.C. and the inclusion of nearby Alexandria into the federal district placed the Fairfax courthouse outside its new legal boundaries.

In 1794, the Virginia governor named Richard as Fairfax County Court Justice. Four years later, the General Assembly directed the Fairfax County Court to find a new location for a new courthouse near the center of the county. In 1799, Richard Ratcliffe offered four acres to the county for one dollar. Richard's offer seems generous, but he owned all the land around the four-acre courthouse lot. Not long after the courthouse opened, Richard opened his Brick Tavern directly opposite the new courthouse.

Richard also benefited from the initial construction as it was almost immediately deemed too small. In March of 1800, the Court, of which Richard still served as a justice -- ordered the acquisition of an additional six acres. Richard, who also worked as deputy county surveyor, laid out a town around the new courthouse. By 1802, a turnpike served the new land from Alexandria, built and managed by the Little River Turnpike Co; it is believed by many that Richard owned stock in the company.

In 1805, the General Assembly of Fairfax County officially created the Town of Providence, mainly located on the land provided by Richard, and served by the turnpike. In 1874, Providence transitioned to the city of Fairfax, although it did not become an independent city until 1961.