This miniature park, constructed in the shape of a triangle, is located in the Borough Park area of Brooklyn. Also named Alben Square, this humble park consists of a small gated area and a flagpole, bearing the American flag. Originally founded in 1926, this memorial was named after private Bud H. Alben, an American soldier who lost his life during the campaigns of 1918, and serves to commemorate all of the sons of Brooklyn who fell during the battles of the Great War. The American Army under General Pershing, commonly known as the Doughboys, were instrumental in the ultimate victory for the Entente Powers. 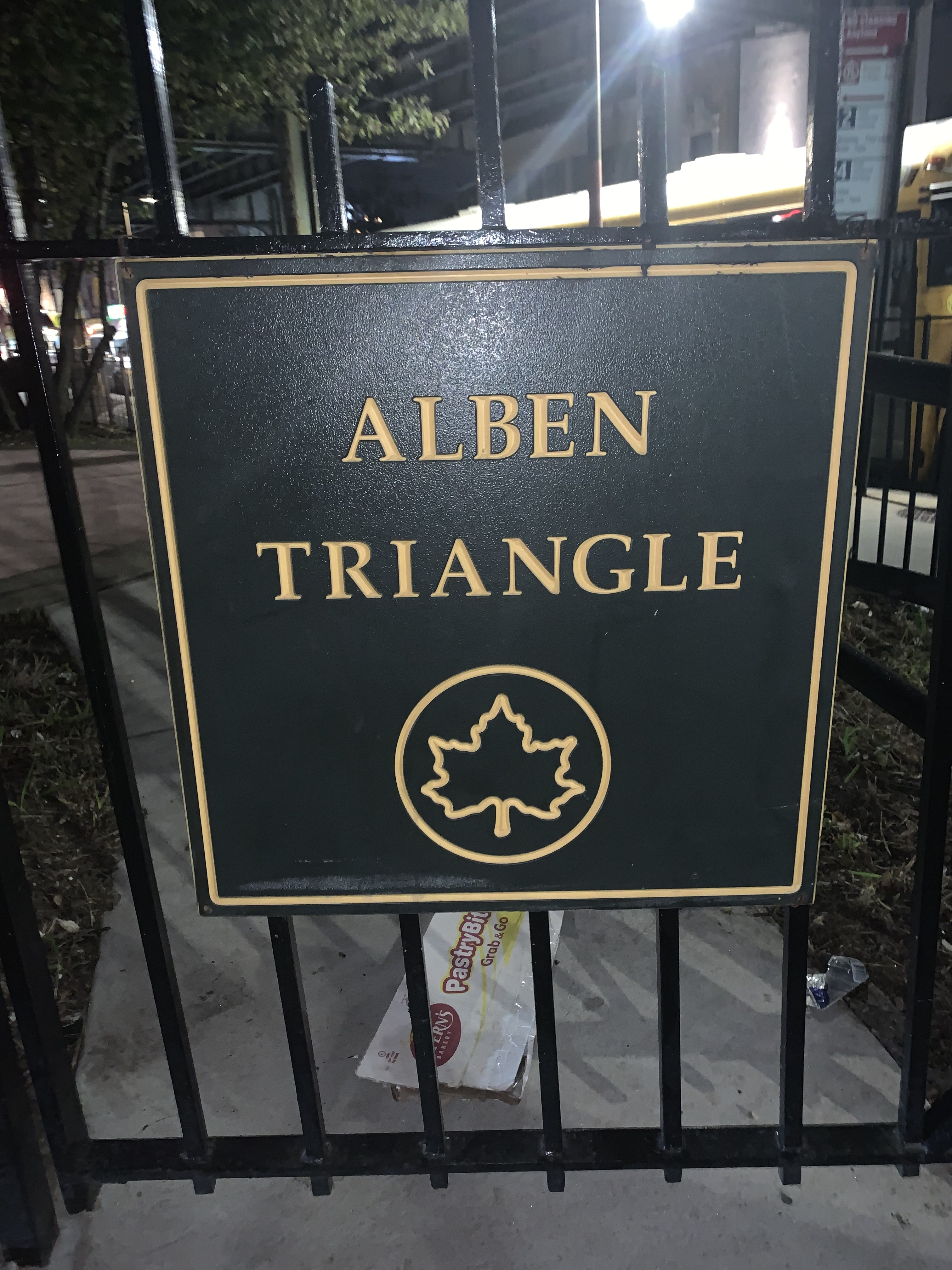 Flagpole in the center of the memorial November 5 2019 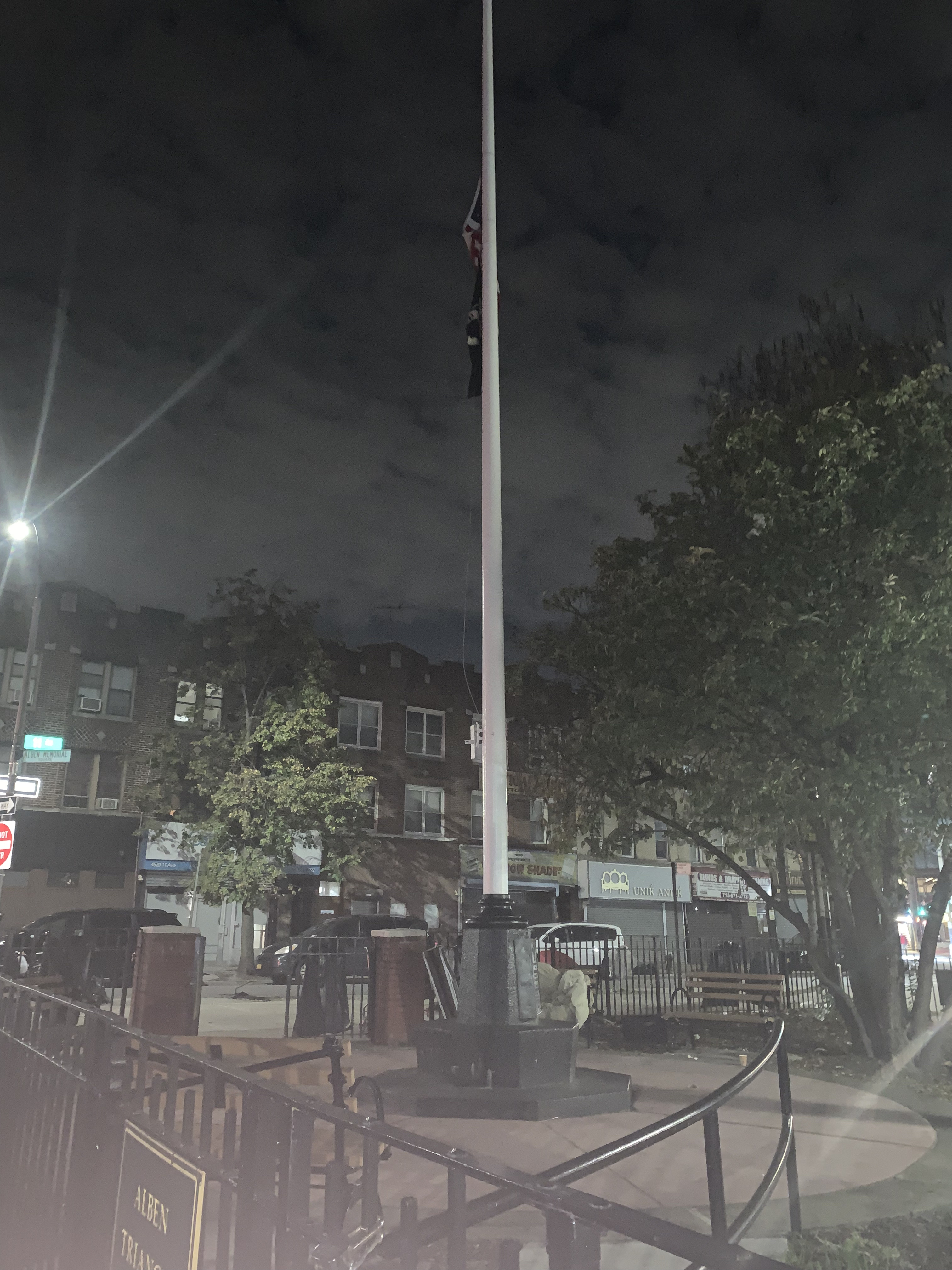 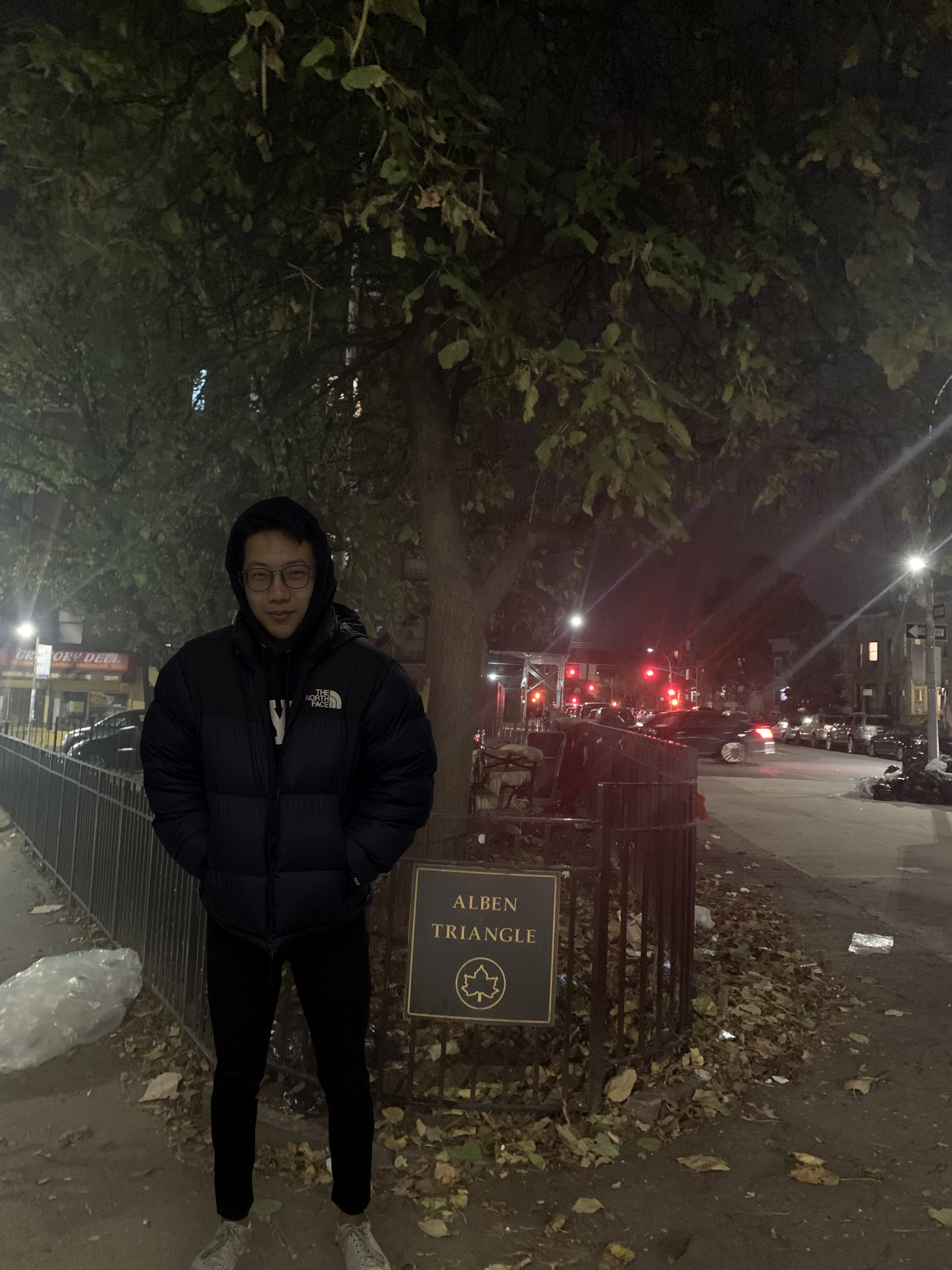 Founded in 1926 as Alben Memorial Square, the memorial consists of a triangular structure surrounding a centralized flagpole. It eventually underwent an official name shortening in 1987, and to this day is officially known as just Alben Square or Alben Triangle. Located in the Borough Park area of Brooklyn, this memorial is named after Brooklyn native Bud H. Alben, as soldier who fought and died in the initial American campaigns of World War I. A plaque exists on the flagstaff, with the following words engraved: "Lest We Forget. Erected in Memory of the Veterans of Boro Park who Made the Supreme Sacrifice. Dedicated by Pvt. Bud H. Alben Post, No. 1436. Veterans of Foreign Wars of the United States. 1935."

Bud Alben served in company K of the Third Battalion, under the command of Major James W. F. Allen. On 13 September 1918, Alben was involved in an encounter with the Imperial German Army through the forest of Boise le Pretre, it was there he was struck by a shell and wounded. He would eventually perish in the hospital on the 21st, dying of an intestinal infection that constantly plagued him throughout his time in treatment. Private Alben was particularly popular amongst his fellow soldiers, specifically known for his ability to tell intriguing stories. Captain Walter Connor would later recall, "on dark and dreary days when everything seemed blue they all turned to 'Bud' for a good and cheery story."

The Alben Triangle serves as a memorial commemorating the heroism of all the sons of Brooklyn who had fought and died serving their country during the Great War, with their courage and tenacity echoing through the ever-rising flagpole, forever hoisting the flag they gave their life to.