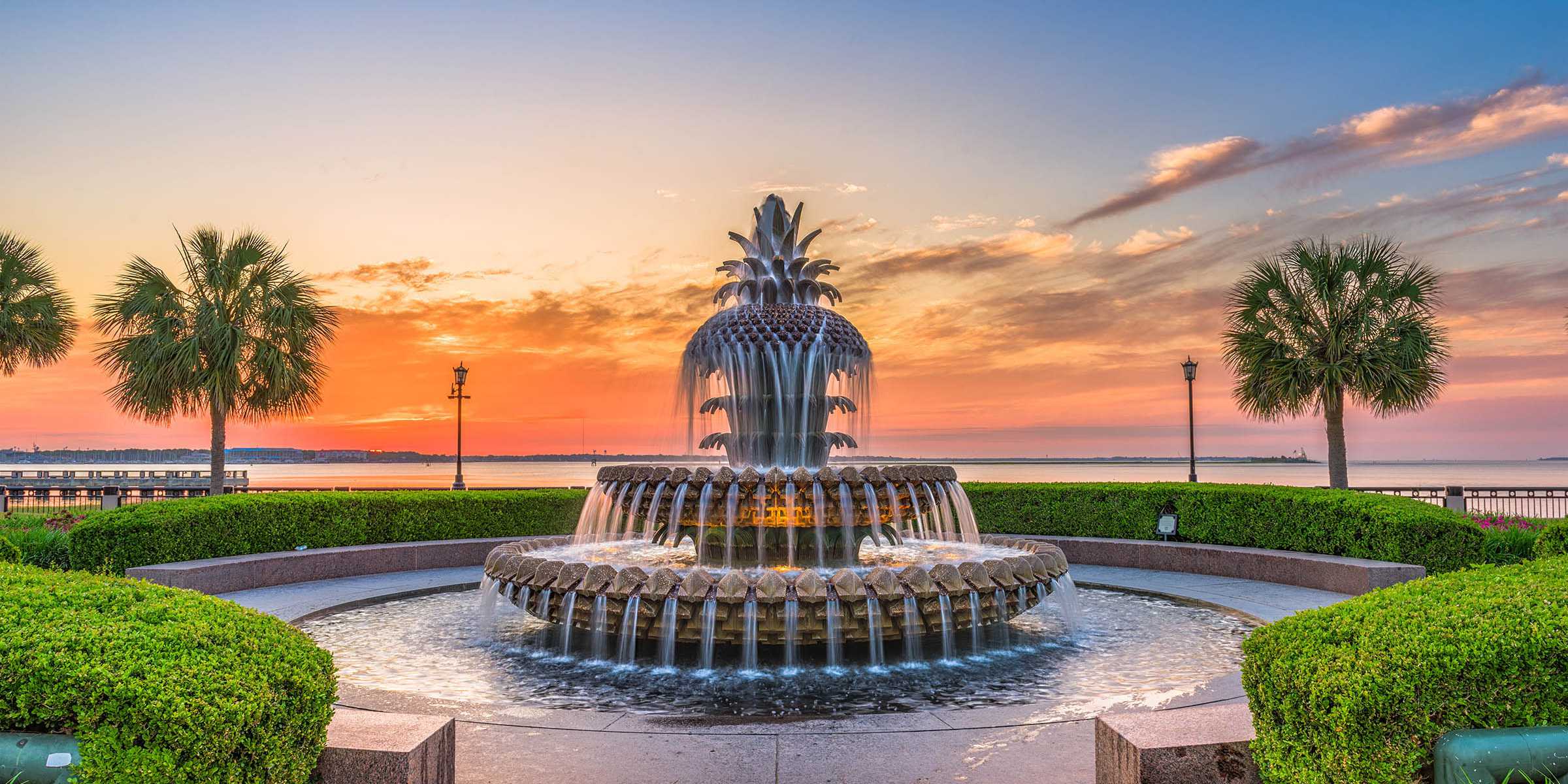 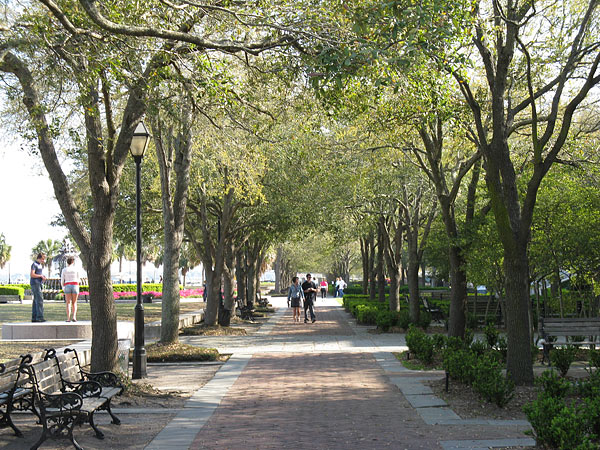 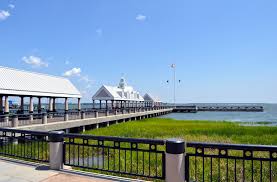 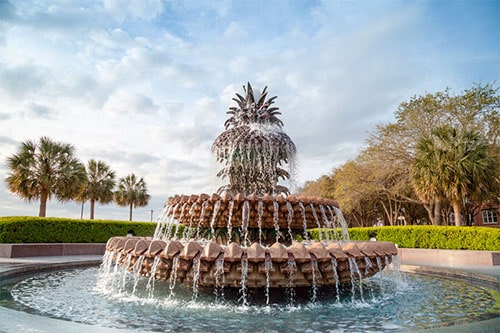 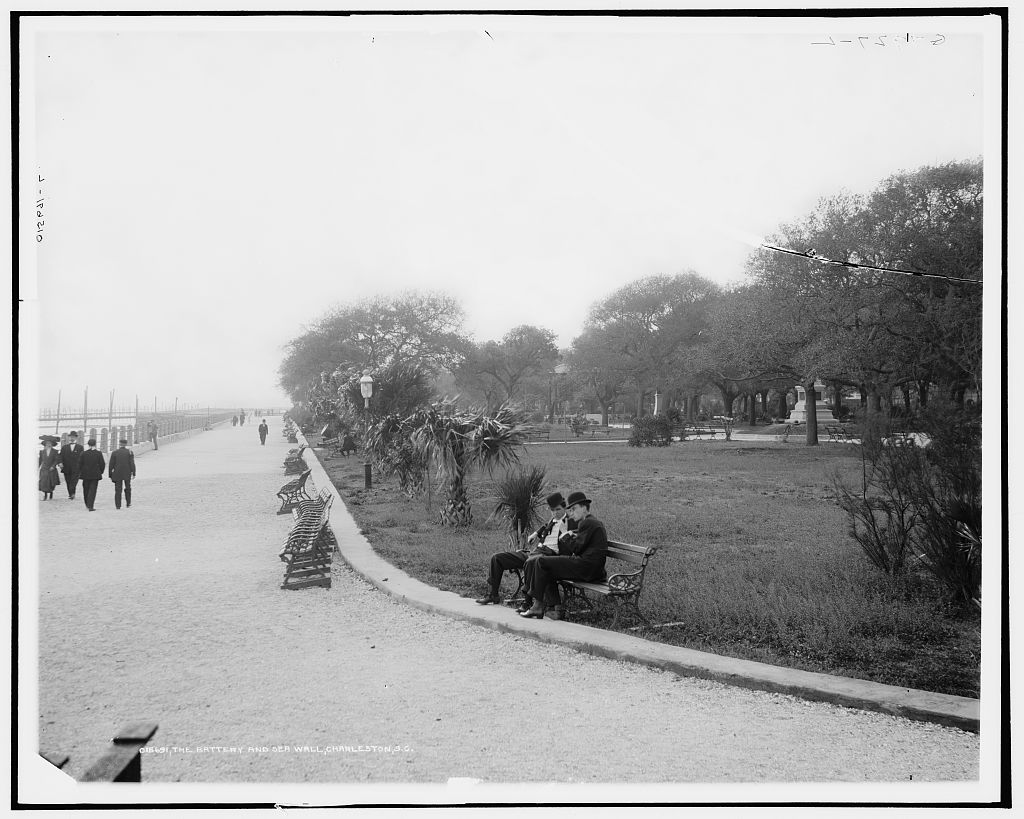 Older picture of the Waterfront 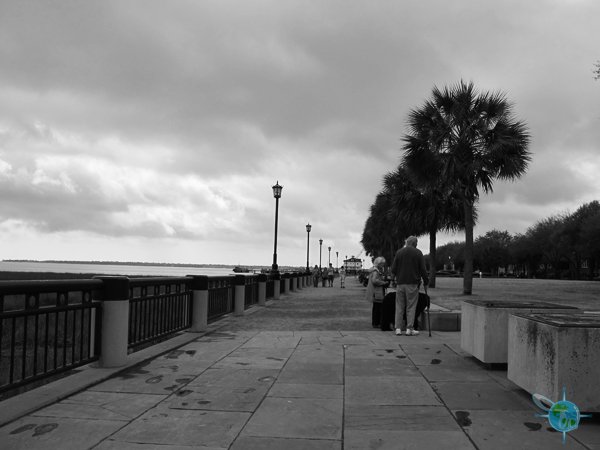 Joe Riley Waterfront Park is located on Concord Street on Charleston’s Vendue Range (plaza) in Downtown Charleston.  As beautiful as the park expresses itself now, historically it was a piece of land that was the pioneer center of traffic traveling in and out of the Charleston Harbor.  As Charleston filled in the peninsula to create more land, the area that is now the park was used for merchant homes and storerooms.  Many of the merchants that occupied the area were classified as French Huguenots.  This area provided an abundance of Charleston’s early city markets that were also readily accessible from the water.  Examples include a fish market that is now Vendue Range, and South Adger’s Wharf, which was a known produce market.  All markets in the area merged into the Centre Market, (which is now the Charleston City Market).

Since Charleston was and still is a leading port city, the shipping industry was the focal point.  That changed after the Revolutionary War in 1775 created devastating impacts towards the East Coast.  But, after the Civil War in 1861, Charleston experienced a decline in the shipping industry, due to ports opening up in other cities along the East Coast, obsoleting Charleston’s ability to continue to contribute to the industry as a focal leader.  The long period of decline occurred during the late 1800s to the 1950s.

The small area, which is now Joe Riley Waterfront Park, by the 1980s was malnourished and ridden with gravel parking lots and diminished pillars of old buildings that once overruled the space.  The development of the park did not take place until Mayor Joseph P. Riley Jr. took control of the land in 1970.  Once he acquired the space, the rejuvenation of the once thriving land began in the late 1980s after of about a decade of fundraising, government approvals, and planning.  Currently, the 8+ acre park covers 1 mile of the Cooper River waterfront.  4 million natives and tourists visit annually.

Joe Riley Waterfront Park was not originally named after the retired mayor Joseph P. Riley Jr.  In 2015, the city council of Charleston voted to rename Charleston Waterfront Park to Joe Riley Waterfront Park, which eventually led to a re-dedication of the park to him April 28th, 2018.  The Charleston Parks Conservancy and the City Council recognized the mayor’s dedication to improving parks and other public places, as well as stating the addition of new features to the park, such as:  The construction of a full-service hotel right on Concord Street, an expansion of the park that includes a longer Riverwalk starting from the entrance of the park on Concord Street, and ending on Cumberland Street, etc.  In 2007, the then Charleston Waterfront Park was awarded the Landmark Award from the American Society of Landscape Architects and the National Trust for Historic Preservation, which acknowledges up and coming landmarks that cling to its architecture at their core yet providing a basis of landscape that is divergent.

The Director of the Charleston Parks Conservancy, Harry Lesesne stated, “Joe Riley Waterfront is a fitting name for this public space, which says so much about Joe Riley as a visionary leader who pursued the highest quality for our city, and we think these new additions to the park will help future generations understand his commitment to great parks as a foundation of a strong and just community.”  For a man to have such an impact on a city for so long during his 10 term tenure as Mayor of Charleston from December 15th, 1975, to January 11th, 2016, that the city and community respects him enough and his efforts to keep the public commodities and city as a whole intact, to name a park after him, means a whole lot, and represents the citizens of Charleston, South Carolina very well.