From a bank to an ice cream shop and a few other places in between, the Timmerman building, has had many different uses. Built in the year 1920, the former bank has six floors, plus a basement. It is surrounded by many other noticeable and respectable building spaces in the center of town, such as the Covington City Courthouse. Before it was known as the Timmerman, it was called the First Former National Bank after the bank that used to be located inside. Today you can hear people call it either the Former First National Bank or the Timmerman Building. This structure has become an iconic landmark in the state of Alabama. 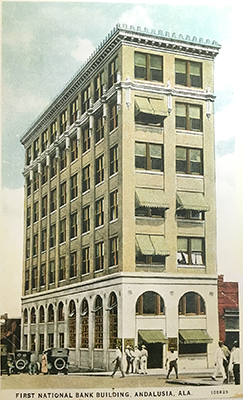 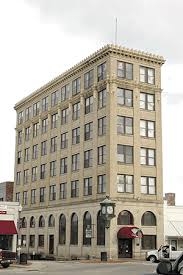 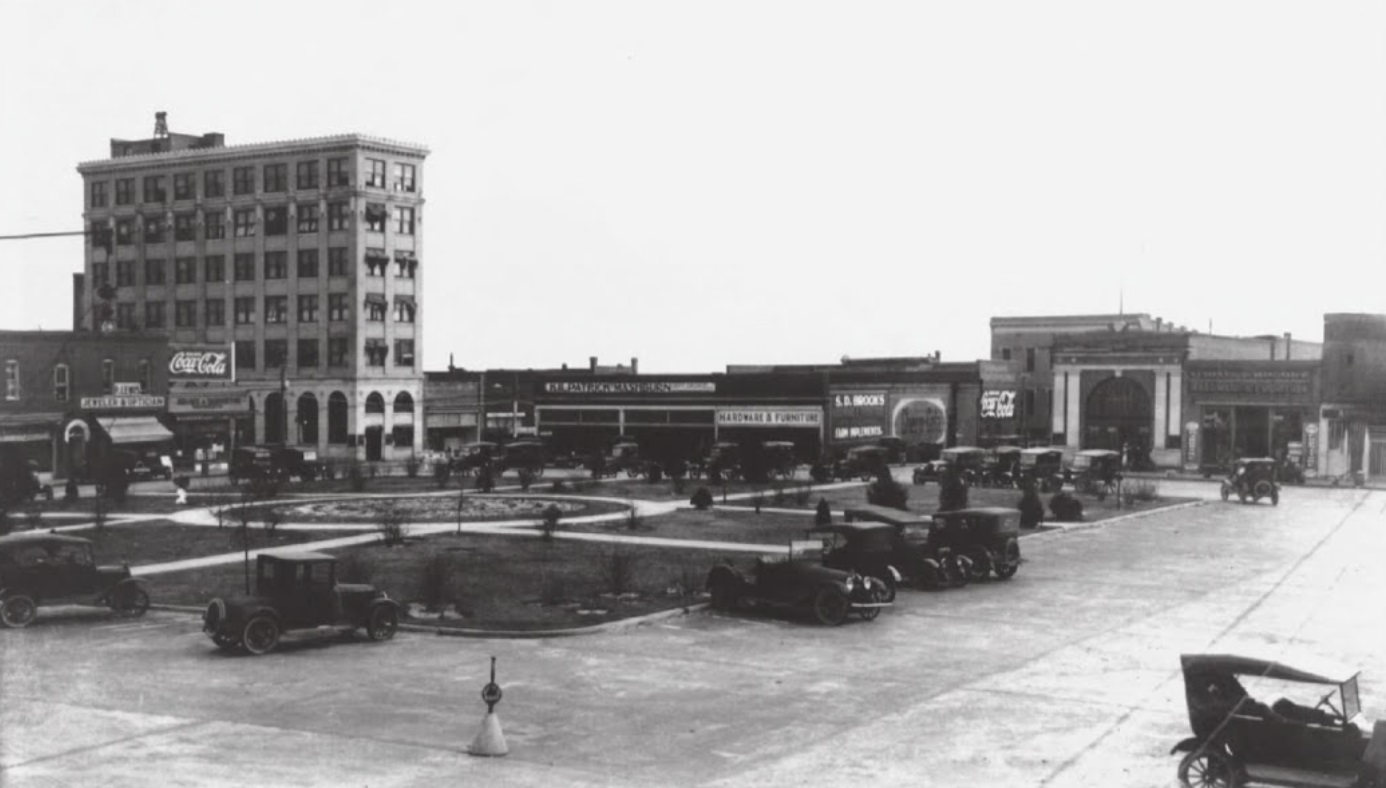 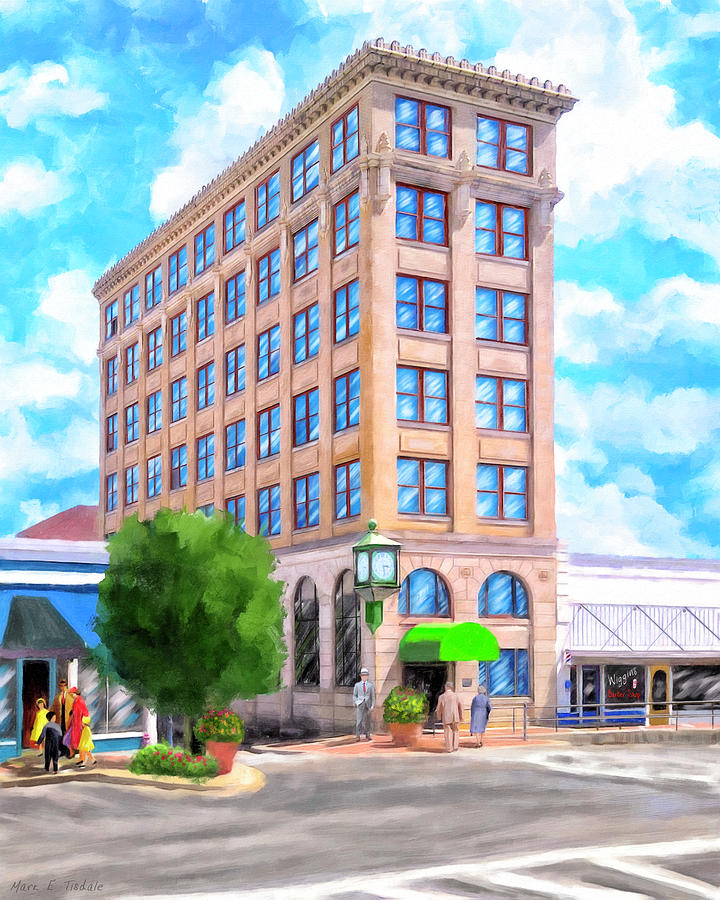 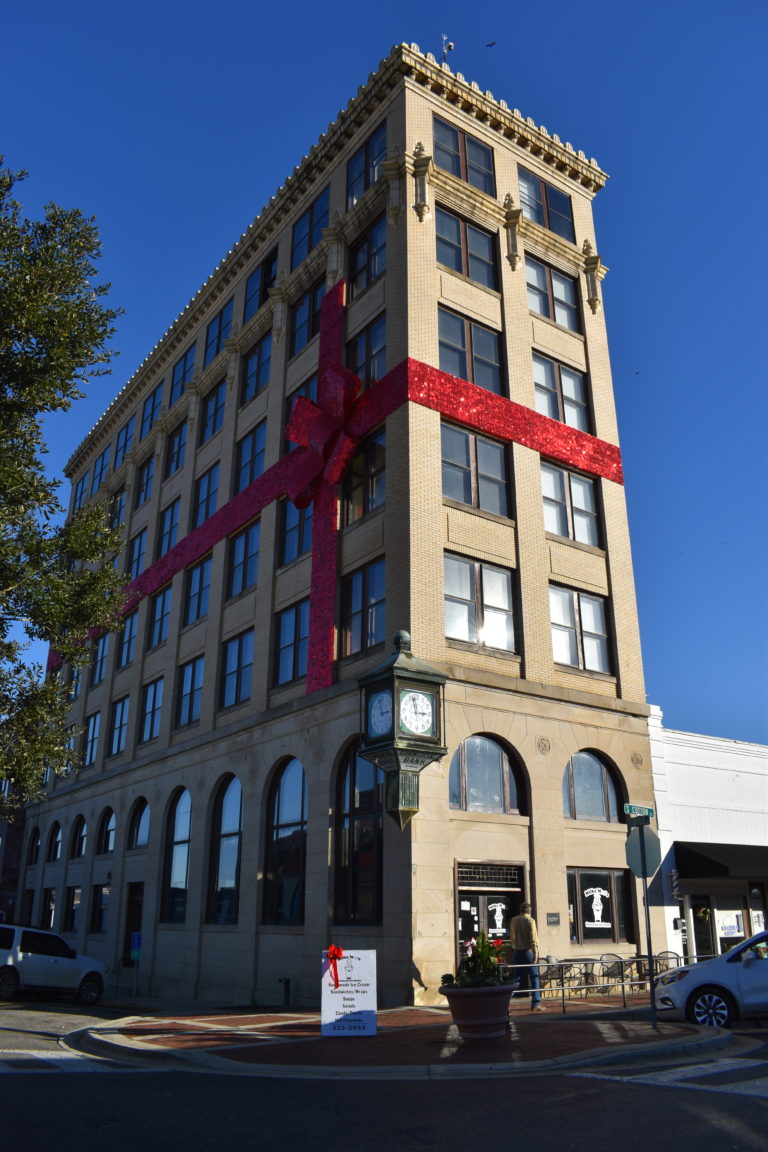 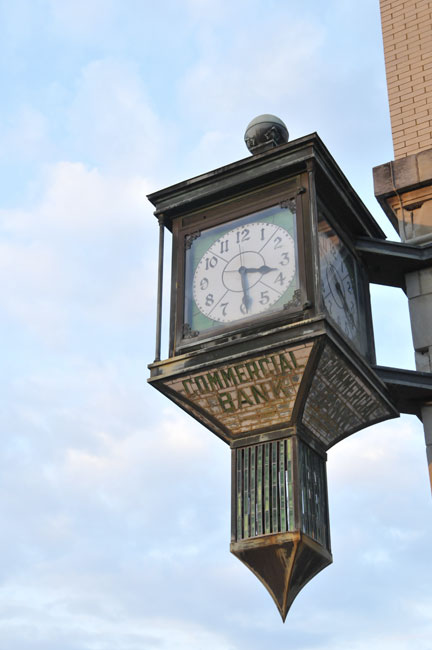 The bank was designed by Frank Lockwood. He was one of the South’s most notable architects. Lockwood focused on designing both public buildings and private homes. In Alabama, there are a few buildings designed by Lockwood, including the bank, the Covington County Courthouse and Jail, and the Alabama State Capital. As an architect, Lockwood was not fond of creating “high-rise” structures but decided to do so for this bank. Once the building was designed and built, the people of Andalusia called it a “skyscraper” because it resembled one. Eventually, the bank became and still is the tallest building in the town. This was the only time in Lockwood’s career designed a structure this tall.

When the bank first opened its doors in 1920, it was originally used as office spaces before merging with the Andalusia Nation bank. This space in town provided greatly for the people of Andalusia, until it was forced to shut its doors in 1931. The bank was forced to shut its doors after failure of the bank system due to the Great Depression. During the time its doors were open to the people, it printed around $915,730 worth of money. Once the country got back on stable ground the bank moved locations to a different spot in town and reopened its doors for business. The space that once housed the Andalusia National Bank was now left vacant.

In 1933, the Commercial Bank was founded in Andalusia and the company decided to buy the Former bank space. They restored the place and put new furnishings on the inside, including a large clock with Westminster chimes. In 1937, the new bank opened its doors. As the year 1958 approached, the bank was rapidly growing and expanding and running out of space. Eventually the old building was not going to cut, so the bank closed and moved to a different location in town. Right after the bank moved out, Frank Timmerman, a local insurance man, bought the building. He used the building to house his insurance company, as well as rent spaces out to other tenants. Timmerman’s Insurance Agency had a great start in its new location, but eventually people began moving out of their spaces, including the insurance agency. By 1972, the building was completely empty and abandoned.

Although the building seemed like its glory days were over, William T. Kiepura and S. Daniel Shehan purchased the space in 1981. They renamed the building the Former First National Bank after the first bank that took residency in that space. The two building owners decided that they would rent out spaces for businesses; the first being Covington Square, an Ice Cream and Sub shop. In 1982, the building was placed on the list of the National Register of Historic Places.