The city of Monroe North Carolina was founded December 24 1844 to be the seat of Union County. The Old County Courthouse that you see today was built in 1886. The north and south wings of the courthouse were constructed in 1922. The courthouse is a great example of Late Victorian architecture and became a symbol of the city. The courthouse was added to the National Register of Historic Places in 1971. 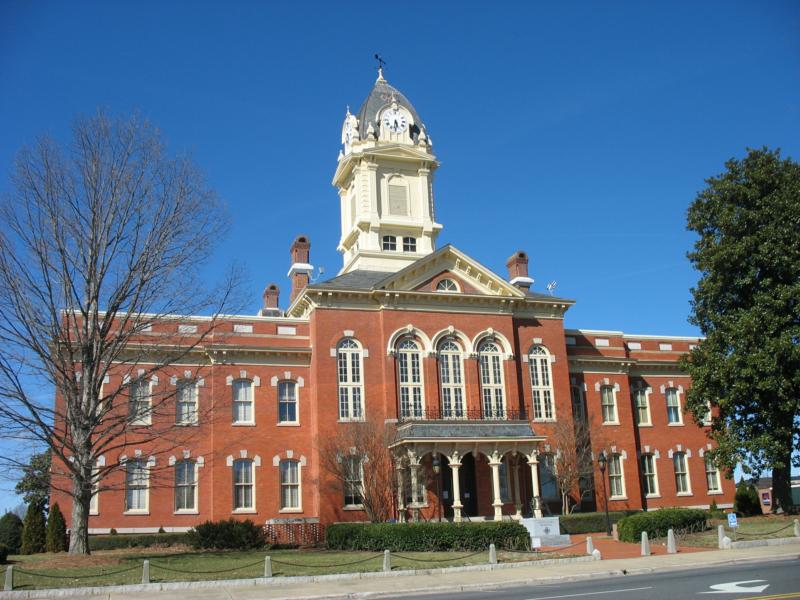 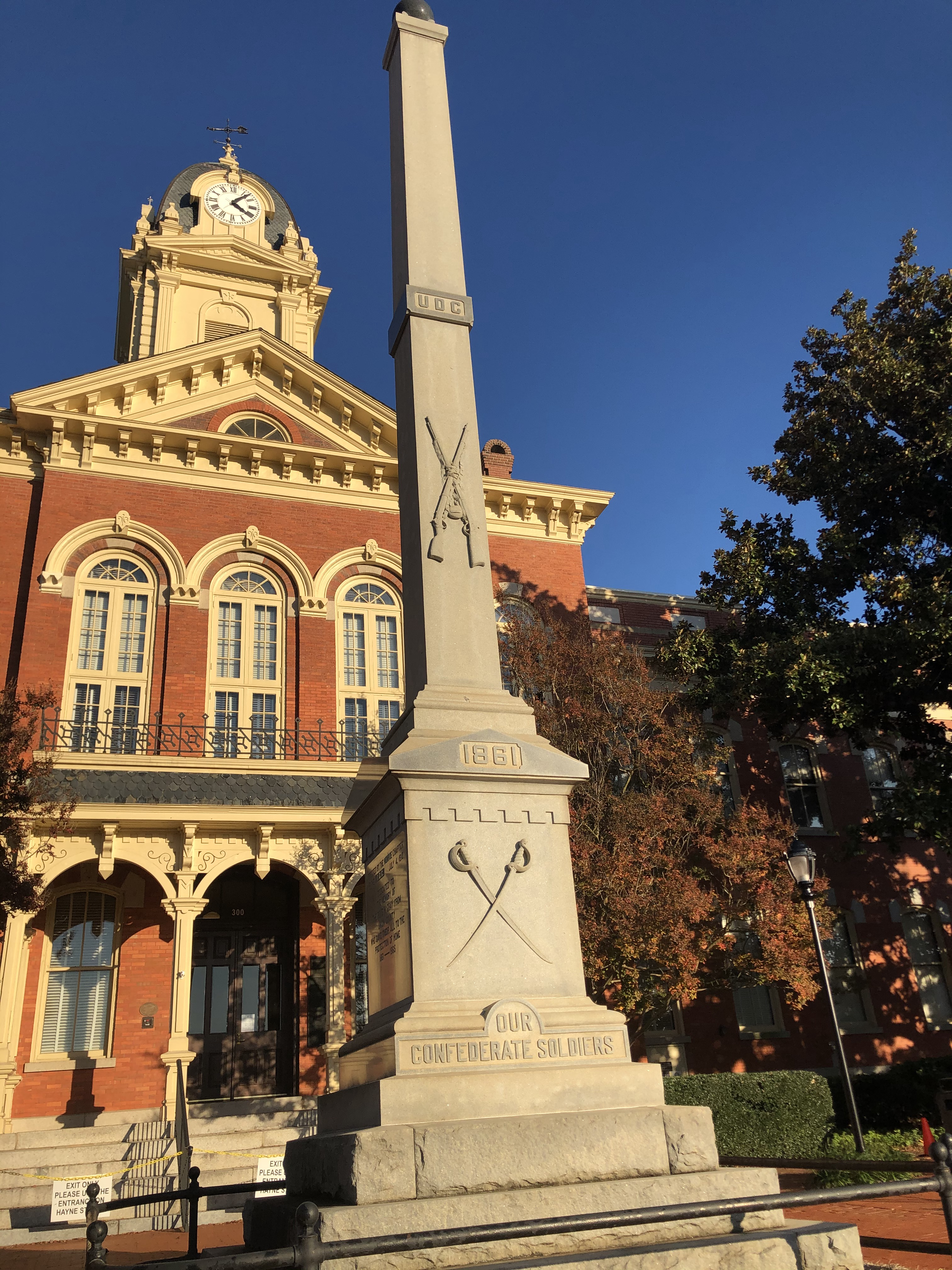 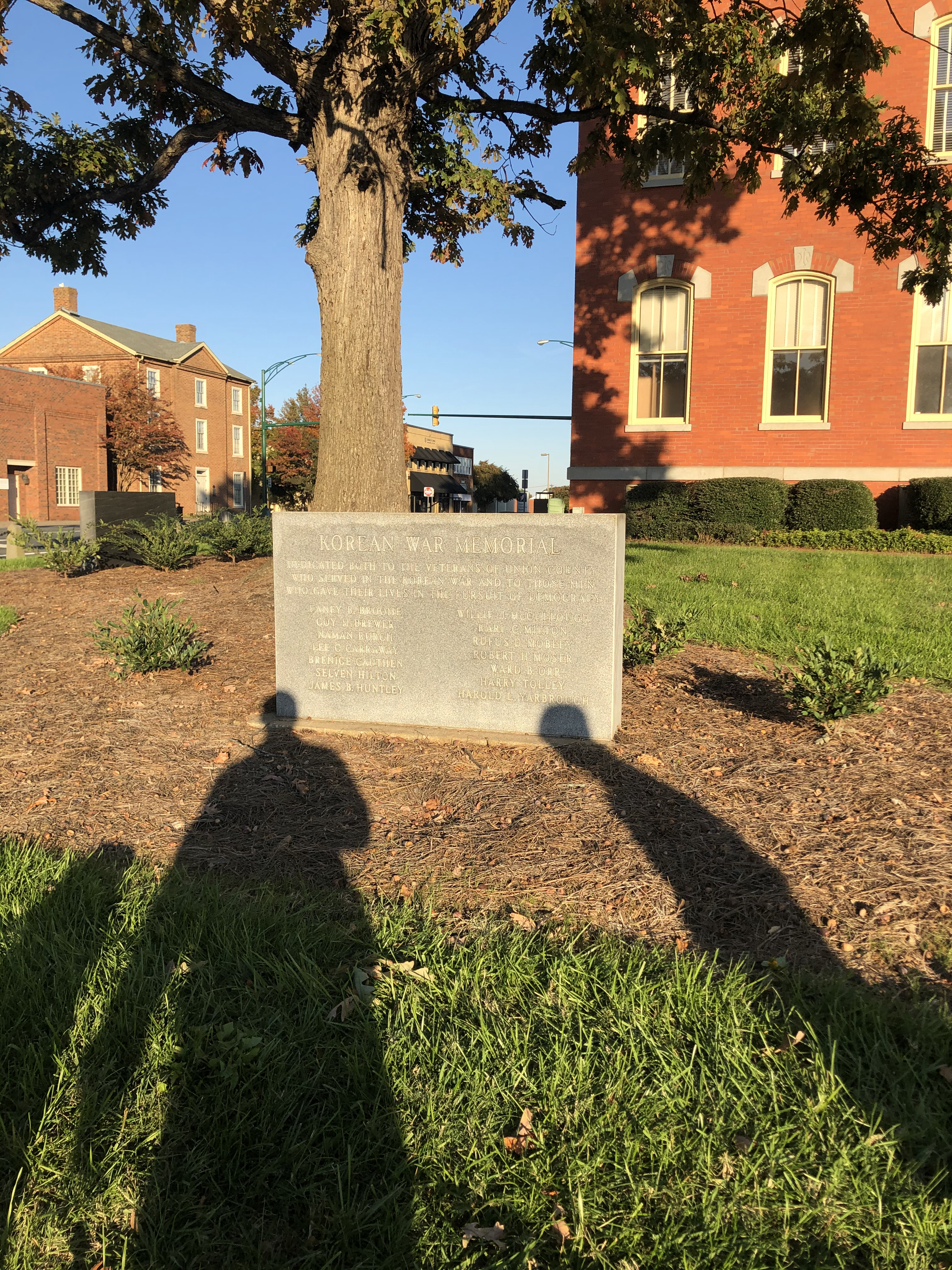 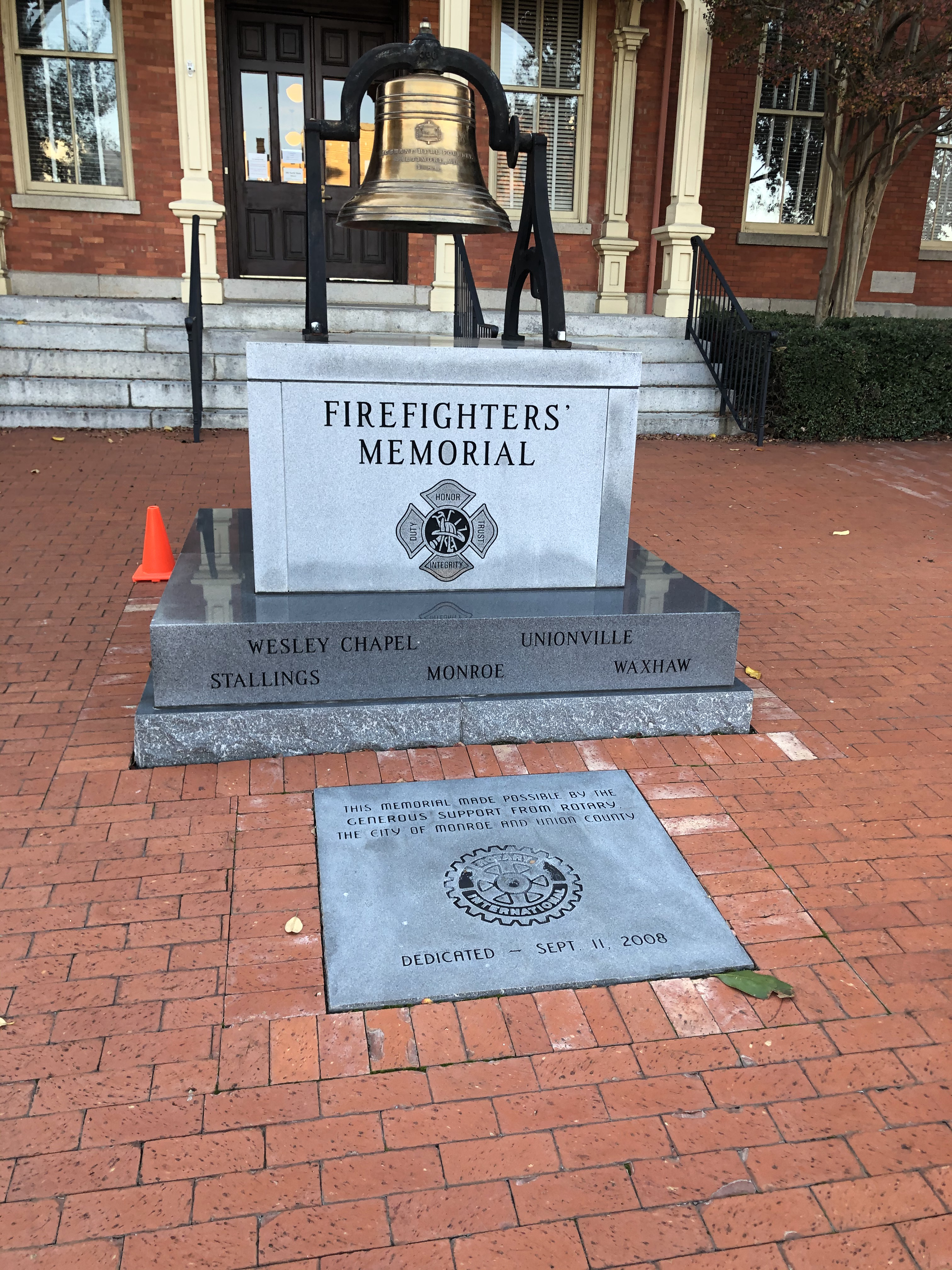 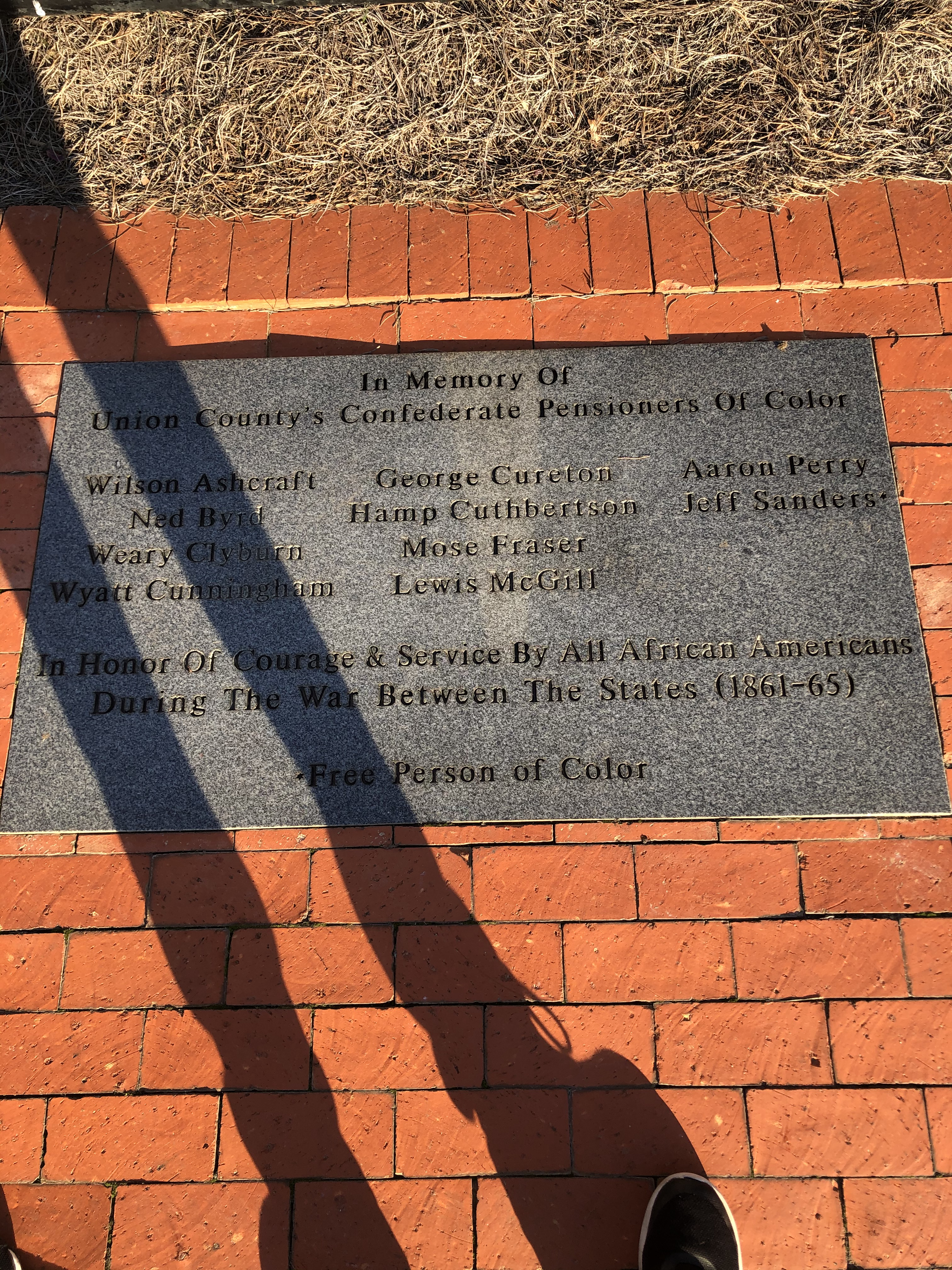 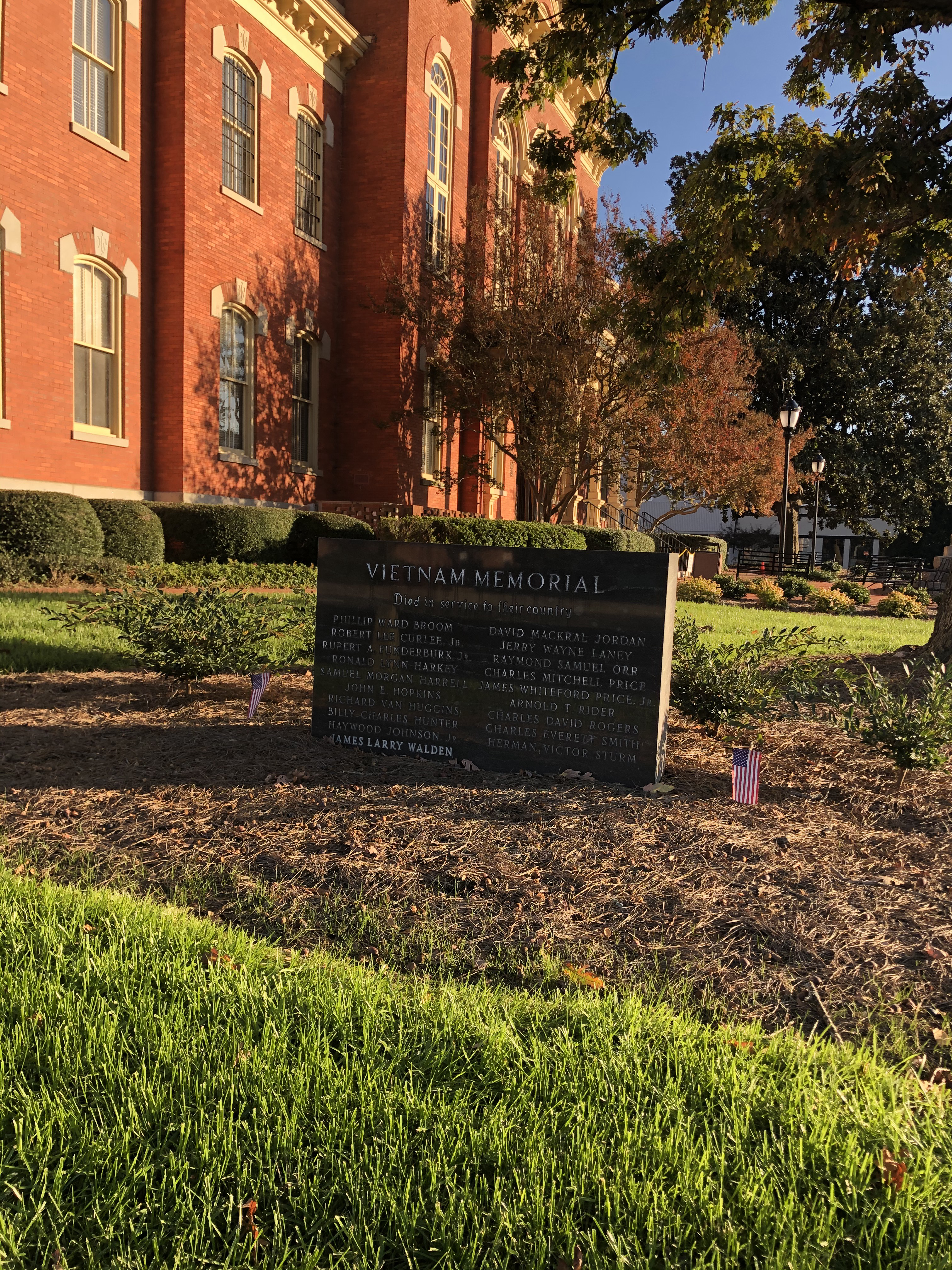 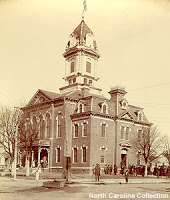 The courthouse did not always look the way that it does today. Two identical wings were added to the building in 1922 adding to the size of the Courthouse. The wings were added because the courthouse had become overcrowded. The original architecture was carefully recreated leaving no sign that there was ever later construction. Upon being built the courthouse was surmounted at the top by a cross. The cross was eventually replaced by a compass because the secular use of the cross was seen as sacrilegious.

There are various memorials and monuments that have been added around the courthouse throughout the years. There is a small memorial for veterans who died in service in the Korean war and a similar one for the Vietnam war. These memorials contain the names of the service members who died and who were also Union County residents. In front of one entrance there is a firefighter memorial with the names of all the local county fire departments. The firefighter memorial was dedicated September 11 2008.

The largest monument at the courthouse and most well known is the monument to confederate soldiers. The monument is in front of the entrance and is usually present in most pictures of the courthouse. On the monument are names of local regiments during the civil war. This monument was sponsored by the Daughters of Confederate veterans and was dedicated July 4, 1910. In front of the monument there is a memorial plaque dedicated to “Union county pensioners of color.” This is a small memorial “in honor of courage and service to all African Americans during the war between the states.” The plaque was added in front of the monument in 2012. Ten men are honored on this plaque nine being slaves and one being free. The plaque has names of the African Americans from Union county on it.

Before being replaced by the current courthouse the former Union County courthouse served the entire county making it a big part of the county's judicial and political history. The cupola of the building is a recognizable symbol of the city. Possibly the most significant event to happen there was the visit of Marshal Ferdinand ch. Marshal Ferdinand Foch was one of the commanders-in-chief of the allied armies during World War one. His visit and speech was December,9 1921. The Victorian architecture, historic look and detail makes it stand out in the city. The appearance detail and history of the courthouse all contribute to its significance.