The Christ Episcopal Church of Pearisburg was established in 1907, and the first church building was constructed between 1910 and 1917. The church was constructed using materials from the local King farm and entirely funded by contributions from the women of the church. In 1926, the inside of the church was destroyed by fire, which resulted in the loss of many church records. The church was rebuilt on the same site by 1933 and is still in use today. The church is notable for being the only religious property remaining within the Pearisburg Historic District. The building was placed on the National Register of Historic Places on January 30th, 1992, for being a rare example of American Craftsman-style architecture in Pearisburg and for reflecting the religious growth and development of the area. 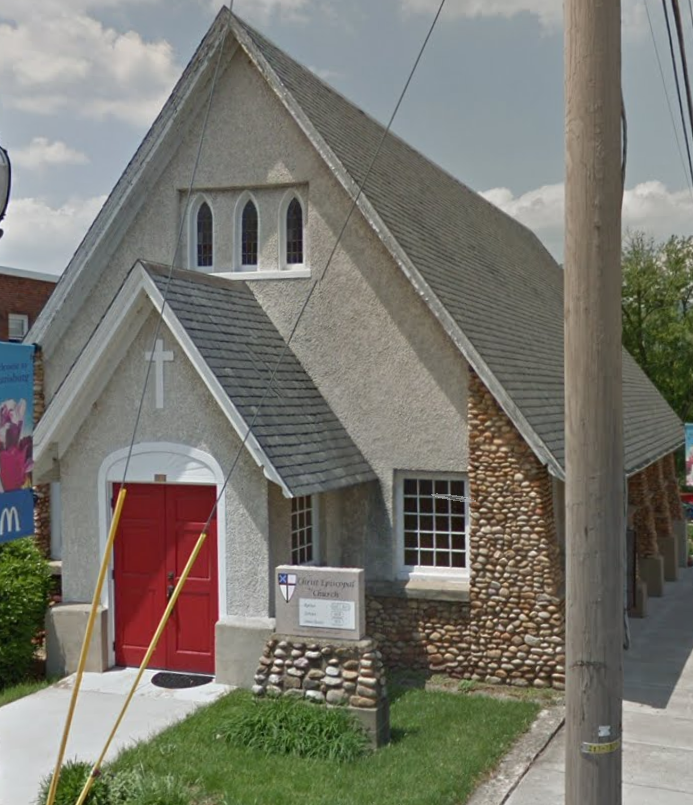 The Christ Episcopal Church was established in 1907. At first, the congregation did not have their own space, but that changed between 1910 to 1917, when the first church building was constructed, though the specific year is inconsistent between sources. The construction of the building was funded entirely by the women of the church and the river stone for the facing was gathered from the local King farm and provided by banker C. L. King, who constructed The Virginian Building and the building that would eventually house St. Elizabeth's Hospital, the earliest hospital in Giles County. The growth of the church mirrors the economic growth of Pearisburg during the early-twentieth century.

However, tragedy struck on March 26th, 1926, when the inside of the church and many of its records were destroyed by fire. Fortunately, the poured concrete foundation and walls faced with King's river cobblestones survived the fire, and reconstruction began immediately. The current church building, which still features King's river stone facing, was finished by 1933 and had been expanded with a basement to the rear of the building.

According to local tradition, the architecture of the building was patterned after the Christ Church, an Episcopal building in Bradford, New York. The one-story building is notable for being a rare example of American Craftsmen-style architecture in Pearisburg and features large buttresses, a pitched gable roof with slate shingles, decorative exposed rafter ends under the eaves, and a gabled vestibule.

Today, the Christ Episcopal Church is the only congregation that remains in the Pearisburg Historic District. The church was officially placed on the Virginia Landmark Register on December 11th, 1991, and the National Register of Historic Places on January 30th, 1992, as one of nineteen comprising the historic district for its unique architecture and for reflecting the growth and development of Pearisburg and the religious practices of its people.