The West Market Street Methodist Church is over 175 years old and has been faithfully serving it's Greensboro community during that time. Starting out at the urging of circuit rider Peter Doub, the first church was built in 1831. In 1851 the second building was created after doubling in size. The third and most recent building was erected in the year 1892 and was modeled after the Richardsonian Romanesque style, by architect S. W. Foulk. The church was instrumental in establishing the Greensboro College. 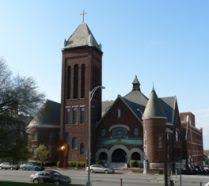 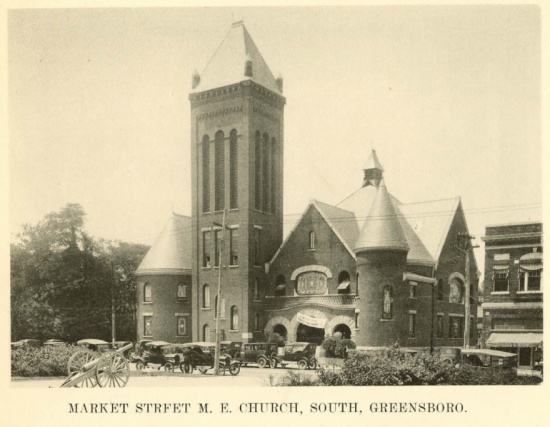 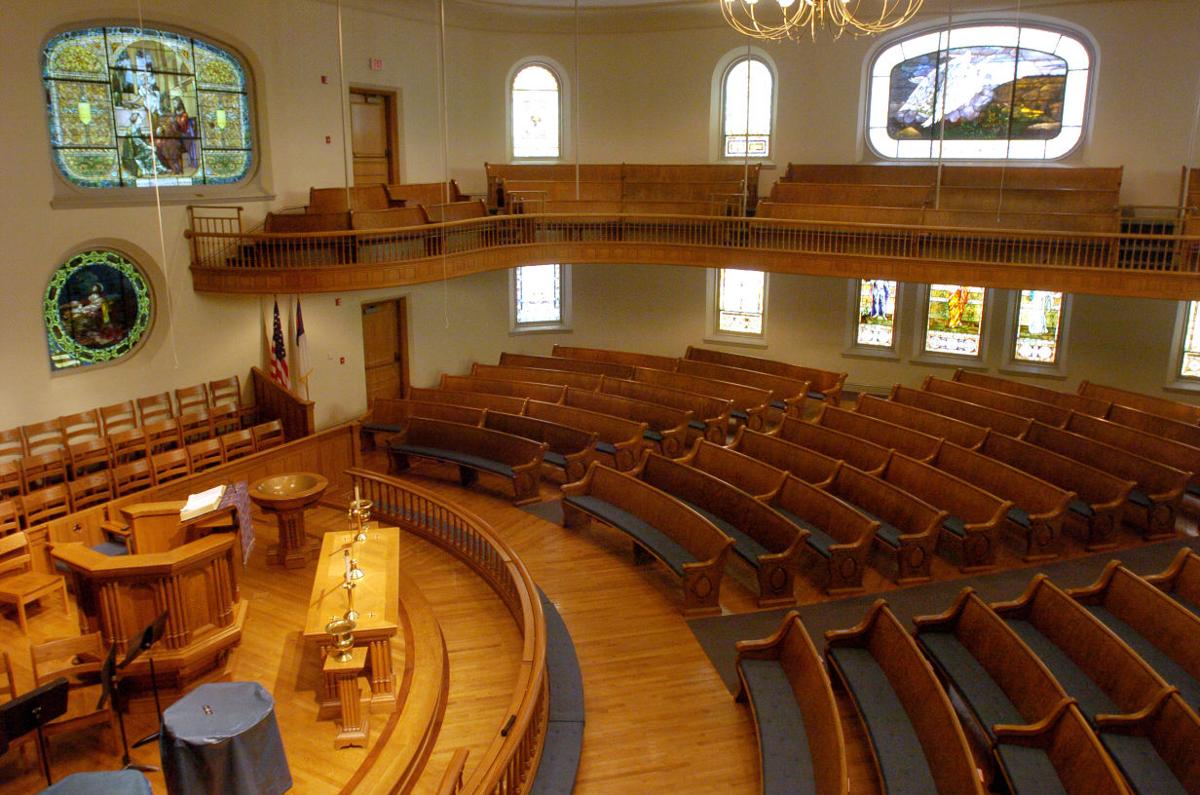 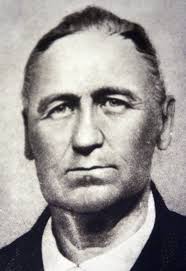 West Market Street Methodist Church has its beginnings like many churches from centuries ago – with a group of believers meeting at unofficial locations to worship as there was no church in the area. This was in the time still of circuit riders, Methodist clergy who traveled around the rural land in search of ministering to the people. In 1830, a circuit rider named Peter Doub first established a congregation in Greensboro and encouraged them to establish and build a church. This led to the creation of the first church building being built in 1831, being a two-story brick building built on Elm Street. The first church built in Greensboro city limits, the congregation was sixty-four members, eighteen of them Black. The church was known as the Greensboro Station Methodist Episcopal Church.

The church became West Market Street Methodist in 1851, when it was expanded to a bigger building in the West Market’s 400 block. Currently, the Masonic Lodge now occupies the site. The church congregation had more than doubled its size, to now having a population of 192. The church decided to move again and create a larger church for its congregation, and in 1892 the third church was planned to be built on the 300 block of West Market Street. Costing $52,000, the church was dedicated in 1901 when the debt was fully paid.

The architect for the new church was S. W. Foulk, from New Castle, Pennsylvania. He had designed a number of buildings, both churches and schools, and decided finally upon using the Richardsonian Romanesque style for the West Market Street Methodist. The church has rounded arches, contrasting exterior materials, and turrets. The church also has a bell tower, small cupola, and an entry porch recessed with three arches made of granite. The building had nineteenth century stained glass windows also, which were given as donations to the church. Two stories high, the building is rectangular shaped, and is open storied three sides of the building.

The West Market Street Methodist Church is responsible for the establishing of Greensboro College, which started as a preparatory school for girls in 1832. It experienced much success, and this led to the church sponsors to petition the church to make it a college, to which the church agreed and got a charter from North Carolina to make it the Greensboro Female College. This was the first college for women in North Carolina, and the third for women in the United States. In the 1840’s the college moved its campus to the West Market Street location.