Now serving as the Walney Visitor Center for Ellanor C. Lawrence Park, the stone home known as Walney housed generations of farmers within the same family from the 1780s to the 1920s. The house and grounds were also near the location of several Civil War battles. The surrounding dairy farm was producing tons (literally) of butter per year by 1880. After the 1890s, the house was rented out to tenant farmers once the owner became too old to farm, and his children left to marry or become attorneys. The farm was purchased by a Washington, D.C. couple - the Lawrences - in 1935 as a country retreat; they made many renovations to the interior and added a wing on the north side. They retired to the Cabell's Mill miller's house elsewhere on the property and rented out the Walney House. Walney and the farm were donated by the Lawrences to Fairfax County in 1971. They became part of a 650-acre nature-themed park so that others could experience the peace that the family found in the countryside, far from the busyness of Washington. The building houses an information desk, restrooms, a shop, historical and live animal exhibits, and a classroom. 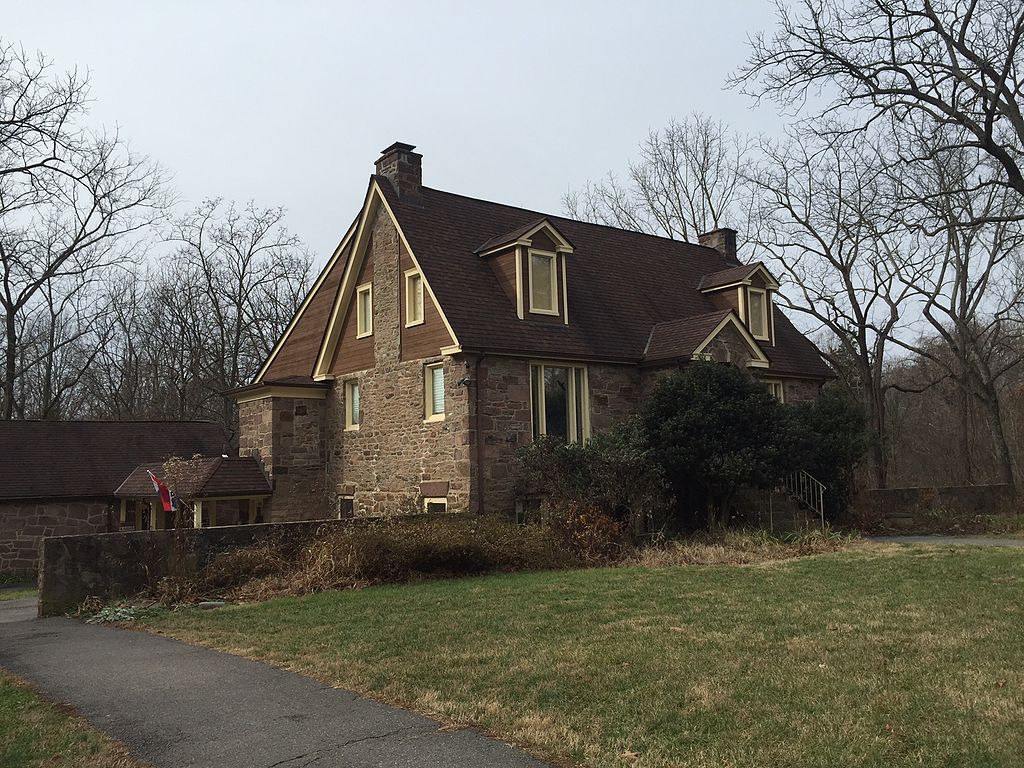 Walney is a stone farmhouse north of Centreville, Virginia constructed around 1780 by Thomas Brown. The plantation passed to his son, Coleman, in 1793. By the 1840s, the 800 acres of the late Coleman Brown included "two nice farms, with suitable and commodious buildings on each." The new owner in 1843, Lewis H. Machen, as a relative of the Brown family and worked as the Clerk of the U.S. Senate. Machen relocated his family from Washington to the Walney farm, hoping to provide a healthier lifestyle for his children, commuting there himself on the weekends or when Congress was not in session. Machen was not impressed by the main house, describing it in a letter as a "Virginia Cottage, barely sufficient to afford a shelter and enable us to sleep and eat, without exposure to the elements...the kitchen, the connecting communication, and the Corn crib, either wholly without roofs or requiring entire renovation." Machen soon used over 20,000 new shingles to cover the dwelling house, barn, kitchen, smokehouse, cornhouse, and passageway. He doubled the value of improvements on the farm in 1845; the value nearly tripled by 1851. The farm produced 500 pounds of butter in 1850 (US Agricultural Census 1850, Robison Key Events p. 9).

The Walney farm was near several Civil War battles, including the first major battle, the First Battle of Manassas (also known as First Battle of Bull Run) in 1861. Soldiers from both sides of the conflict set up encampments at Walney during the war. James P. Machen, one of the sons of Lewis H., joined the Confederate Army. He got permission to leave his unit and visit his family at their home before the First Battle of Manassas. His sister, Emmaline, told him she had seen columns of Union soldiers on the move along Warrenton Pike with artillery while peering out of an upstairs window in the house. James rode to Manassas, arriving around 3 am to warn the Confederate generals of the approaching enemy. Exhausted, he later admitted that he missed the battle while sleeping in a tent. James wrote of the events in a letter to a local newspaper in 1905.

One raid by Union soldiers after the Second Battle of Manassas in September 1862 was the final straw that persuaded the Machen family to move away from Walney. The elder Machen was bedridden after suffering a stroke. His wife, Caroline, stood in the doorway to block access to the home by Union troops, who carted away hundreds of pounds of foodstuffs the family had in storage. The Machens rented a home in Baltimore, Maryland, where their other son, Arthur, was a practicing attorney. A Union soldier named Thomas Corbett was captured at Walney in 1863 by the infamous Confederate raider Colonel John S. Mosby and his men. After the end of the war, Corbett became famous as the man who shot and killed the fleeing John Wilkes Booth after the assassination of President Lincoln.

Only one Machen family member, James, returned to Walney after the war's end, when he established his own family in a frame house built just ten yards from the stone house. After the frame house burned to the ground in late 1874, James renovated and moved into the stone house, adding an addition. In 1880, the dairy farm produced 3,000 pounds of butter. James P. Machen lived in the Walney house until his advancing age led to the widower moving to a boarding house in the town of Fairfax, where he lived in 1900; a son, Lewis, who was a practicing attorney, also resided in the boarding house. Walney began to be rented out in this era; the first tenant was the Rutter family. In 1910, Henry W. Rutter was a 59-year-old farmer living on the rented farm with a wife and three adult children.

Machen heirs sold Walney Farm in 1935 to Ellanor C. Lawrence of Washington, D.C. Lawrence and her husband, David, the founder of U.S. News and World Report, used the property as a country retreat. They also made extensive renovations to the interior of the house, including adding a wing to its north end in 1948. The Lawrences ultimately retired to another house on the property, the miller's house for Cabell's Mill, and rented out the Walney house. The Walney house was listed on the Fairfax County Historic Landmarks Survey in 1970. In 1971, after Ellanor's death, her widower donated the farm to the Fairfax County Park Authority, who also completed some interior renovations. Today, the house serves at the Visitor Center for the surrounding Ellanor C. Lawrence Park.