Originally constructed in 1925, the People's Bank of Eggleston would only remain in operation until 1932, when the Great Depression halted Eggleston's hot springs resort business. Though the town never recovered from the Depression and remains unincorporated today, the bank is one of two surviving buildings that reflect the town's growth, development, and success in the late-nineteenth to early-twentieth centuries. The two-story brick building was marked for preservation by the Virginia Landmark Register on March 16th, 2017, and the National Register of Historic Places on June 5th, 2017, for being a well-preserved example of an American Foursquare house with Colonial Revival attributes and for the impact the building had on the economic development of Eggleston during its prime.

The People's Bank of Eggleston building 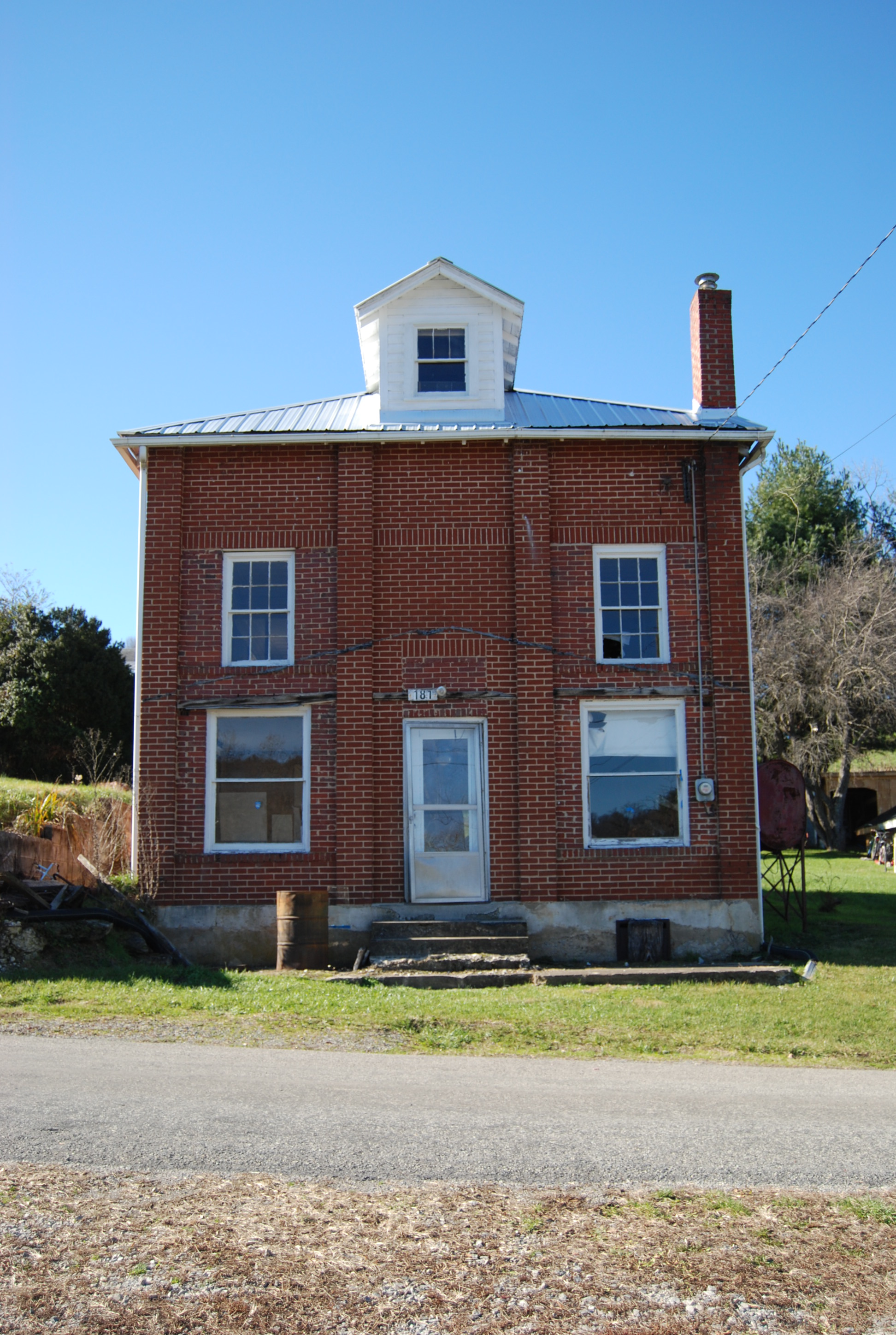 The two-story brick People's Bank of Eggleston building is an American Foursquare house with Colonial Revival features and one of the last surviving buildings from the town's prime. The bank was only open from 1925-32, when the Great Depression greatly impacted the town's businesses.Though Eggleston never did fully recover from the Great Depression and remains an unincorporated town today, the town flourished throughout the eighteenth and early nineteenth century.

Originally known as Gunpowder Springs, the town became the first permanent settlement in Giles County when the first settler, Adam Harmon, moved to the area in 1745 and named the town after the sulfurous odor of the local hot springs. In the 1830s, a resort known as the Hygeian Springs opened, which helped capitalize one of the areas most unique attributes and attract visitors to the small town. The success of the resort led to the construction of a hotel and dance pavilion in the 1850s, which have not survived.

As the town continued to grow, William Eggleston, the captain of the 24th Virginia Infantry Regiment during the Civil War and a member of the House of Delegates between 1861-63, took over the town in 1867 and renamed it Eggleston Springs. One of Captain Eggleston's main goals was to improve transportation, and when construction of the New River Extension of the Norfolk and Western Railway began in 1881, numerous workers moved to the area and finished the construction project in 1883. The track extension attracted even more visitors to the town and created more opportunities for trade and commerce; in turn, this led to the construction of a number of successful businesses, including six mercantile establishments, a canning factory, a barrel factory, a mill, a livery stable, a garage, a shoe shop, a millinery shop, an ice cream parlor and a jeweler. In 1886, as the town began to really bloom, the name of the town was shortened to Eggleston.

Despite the success of the town, the People's Bank of Eggleston, the first bank in the town and the third oldest bank in Giles County, was not constructed until 1925, though there is evidence which supports that the bank operated out of a separate building before this time. C. E. Sonner and his wife, Birdie A. Sonner sold the land the building sits on to the People's Bank of Eggleston on March 27th, 1925, and construction was completed the same year. The town and bank continued to prosper until the Great Depression, when the resort's business came to a rapid halt, and, in January of 1932, the bank was closed. Following the closure of the bank, the building was sold and became a private residence until October 31st, 2000, when the last resident, Gladys Dowdy, passed away, and the building remains vacant today.

The building was added to the Virginia Landmark Registry on March 16th, 2017, and the National Register of Historic Places on June 5th, 2017, for its architecture and for being one of two surviving buildings that reflect the town's rapid growth and development during the late-nineteenth and early-twentieth centuries.