The original church building, constructed in 1890, was moved to this spot in 1964. 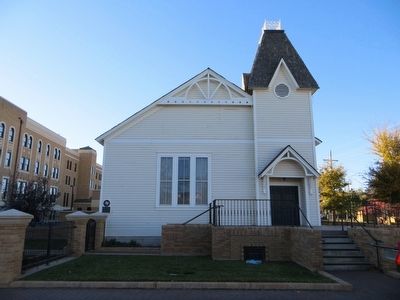 First Baptist Church was built in 1930. 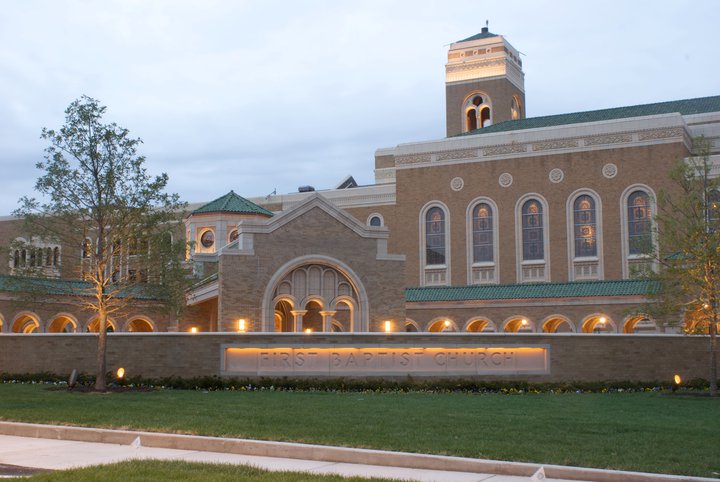 The origins of First Baptist Church date to 1889 when the initial group of 16 members established the congregation. They built the original, 36x60-foot church structure the following year. By this time, the population in Amarillo numbered only 150; however, the city grew quickly thanks to the railroads, which provided fast transportation for agricultural goods. Amarillo soon became an important regional center.

As Amarillo grew, so did the congregation. To accommodate the increasing number of members, the congregation erected a second church in 1908 at 9th and Polk Streets. It served the congregation for less than 20 years, however, as it too became too small. The third and current structure was completed in 1930 at a cost of a half-million dollars. Over the next few decades, the congregation added new buildings, creating the large complex that occupies much of the city block today. The original church building was moved to its current location at the corner of Tyler Street and 12th Avenue in 1964.