Famed architect Richard Neutra designed this mid-century modern jewel in the late 1940s, marking the beginning of its illustrious history. The Kaufmann House epitomizes the sleek style and design that defined the mid-century modern era that hit its peak in Southern California in the 1950s and 60s. Neutra designed the home for department store magnate Edgar J. Kaufmann, Sr., who came to Palm Springs to escape the brutal winters of the Northeast. Over the years the Kaufmann House has had numerous owners, fell into disrepair, then found new life after an extensive renovation. It also gained notoriety after New York photographer Slim Aarons snapped one of his more famous photos here in 1970, "Poolside Gossip." Due to its being privately owned, the simplistic yet stunning home can only be seen from the outside, behind a guarded gate. There is a bronze marker denoting the residence is recognized as a local landmark. When in Palm Springs, the Kaufmann House is a must-see.

The Front of the Kaufmann House 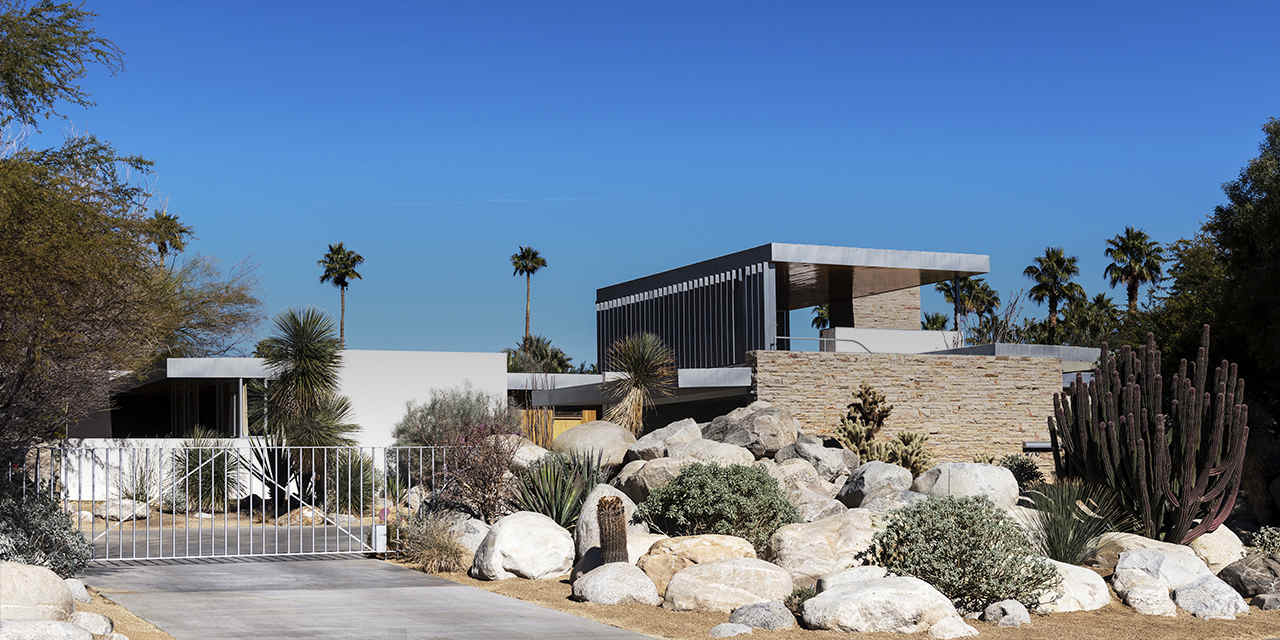 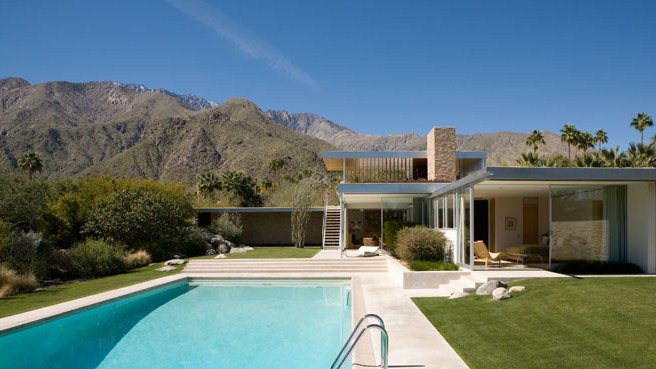 The Kaufmann House in the 1950s 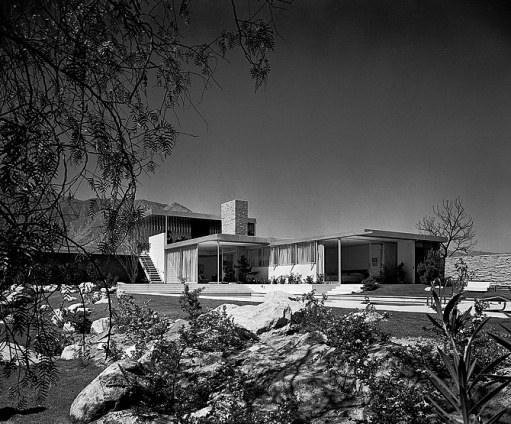 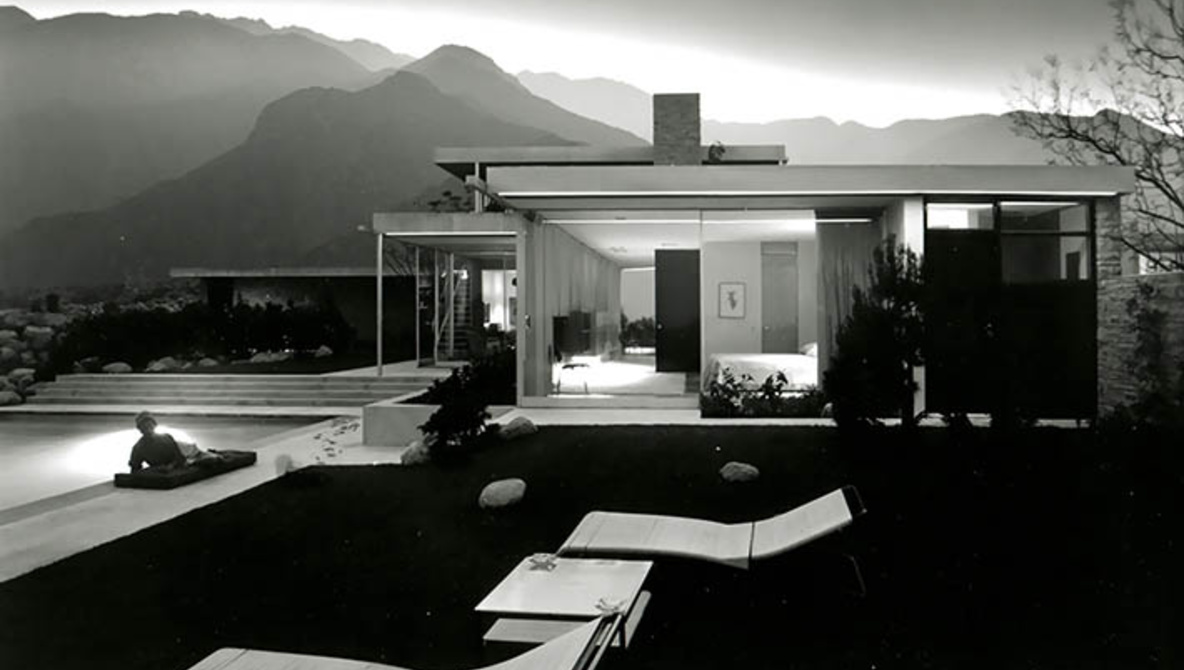 Architect Richard Neutra (1892-1970) immigrated from Vienna to the United States in the early 1920s. Interested in architectural design, Neutra worked with Frank Lloyd Wright and Rudolf Schindler until breaking out on his own in 1930. The Kaufmann House was built in 1946-47 for Edgar J. Kaufmann, Sr., who ran Kaufmann's Department Store. Kaufmann and his wife were searching for a spot on the West Coast to escape the winters in the Northeast and decided on a property in Palm Springs at the foot of the San Jacinto Mountains. The Kaufmann's had commissioned Frank Lloyd Wright to design their Pennsylvania home, another iconic piece of architecture, called Fallingwater. For his desert home, Kaufmann opted for a more modernistic approach using materials such as glass, steel, and stone and decided that Neutra was the master of the mid-century modern style.

What was supposed to be a simple, rather inexpensive house estimated at $30,000 ended up costing a staggering $300,000 and covering 3,800 square feet. The design of the house could be described as looking like a pinwheel, at the center of the house is the living room and the rest of the rooms branch out. The south wing of the house consists of a walkway that leads out to the carport, while the north wing is the guest house. The east and the west wing possess the service wing and the master suite. The central point of the house has always remained the pool. Famed photographer Slim Aarons captured what would become an iconic image called "Poolside Gossip" in 1970, featuring Nelda Linsk, who was the then owner of the home, and Helen Kaptur, the wife of a local architect.

Over the decades, the Kaufmann House had a number of owners and eventually the house fell into disrepair. That was until a couple who appreciated mid-century modern architecture and Neutra's work purchased the home and restored it to its original glory thanks to historic photos taken by Julius Shulman. The Kaufmann House remains a prime tourist stop in Palm Springs, and its historic past and architecture has been recognized as a Class 1 Site by the city.