The grand Chamberlin House (1886) was first home to railroad executive, Horace Chamberlin. Like many Americans in the decades following the Civil War, Chamberlin used mail-order to obtain the plans for his house. The mansion also enjoys the distinction of being home for a century to the Women's Club of Concord; Horace Chamberlin's wife, a member, bequeathed the home to the organization after her death in 1918. 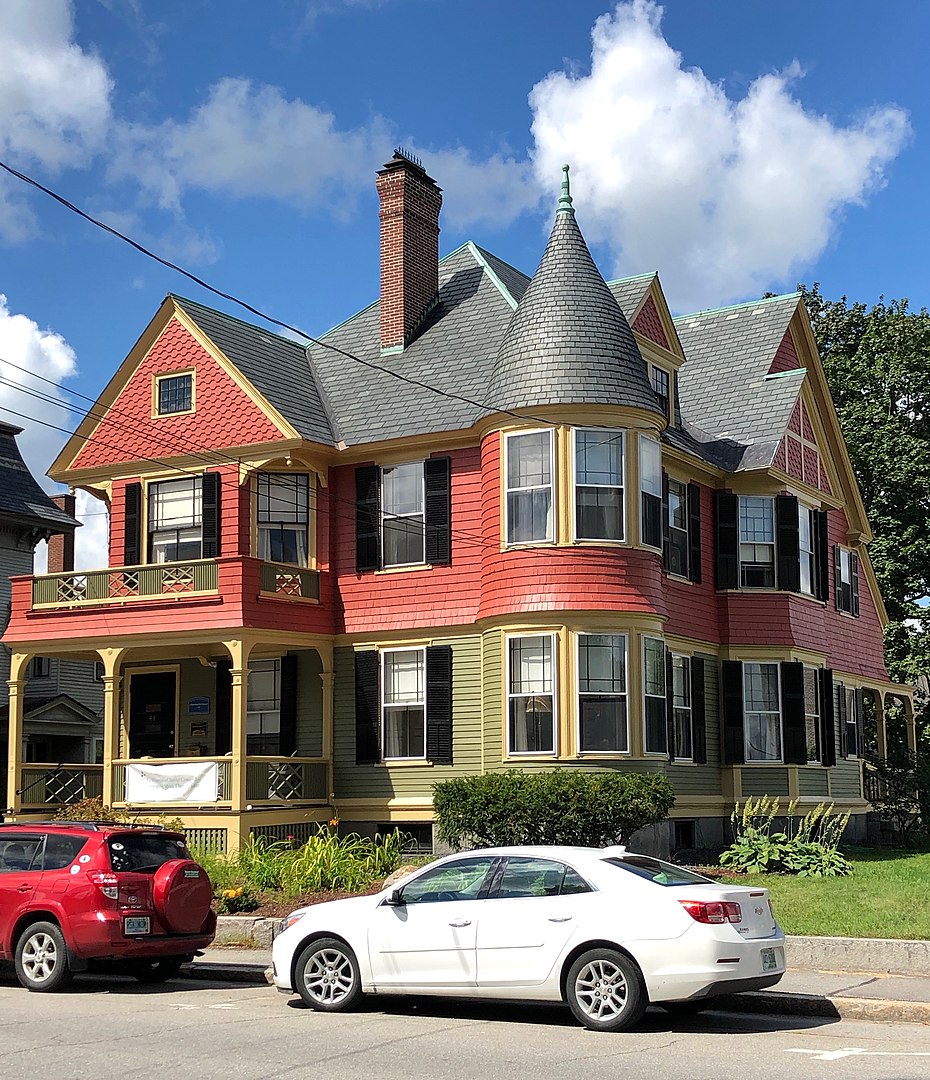 The grand, wood-framed, two-and-a-half-story Chamberlin House enjoys two distinct histories. It was built in 1886 by the superintendent of the Boston & Maine Railroad, Horace Chamberlin, and noted for its Queen Anne & Shingle Style design derived from plans obtained through mail-order. As well, from 1918 until today, the house has served as the home to the Concord Women's Club.

Horace E. Chamberlin (1834-1908) worked as a railroad employee throughout his life, eventually rising to the position of superintendent of the Concord Railroad and later of the Concord Division of the Boston & Maine Railroad. His success allowed him to build the grand house, which stands amidst a line of homes extending westward from the city's commercial downtown region. The imposing mansion exhibits an abundance of features tied to both Queen Anne and Shingle Styles.

Evidence strongly suggests that Chamberlin obtained the plans for the house through mail-order. For instance, one can find in his library the volume How to Build, Furnish and Decorate (1883), written and published by Robert W. Shoppell, who founded the Cooperative Building Plan Association of New York and pioneered the development of the mail-order plan business in the United States. Chamberlin's choice to receive mail-order building plans proved to be a popular choice in the wake of the Civil War, which heavily influenced architectural trends.

The Chamberlin family remained in the house until Horace's wife died in 1918. Because they had no heirs, she donated the property to the Concord Women's Club, of which she had been a longtime member.

The Woman's Club of Concord was founded in 1893 by Mrs. Lilian Carpenter Streeter and became one of the first local clubs to join the General Federation of Women's Clubs in 1894. The woman's group moved into the home in 1919 and remain there in 2019. The club uses the building as a home and clubhouse for its members with an interior, rich in intricate woodwork and style.