This mansion was built by James Edward Williams at 19 Front Street in the historic original downtown part of Madison. The impressive multi-story home with wrap-around porches on two levels proudly graces the Front Street line of old houses reflecting the glory of Madison in the early 1900s. 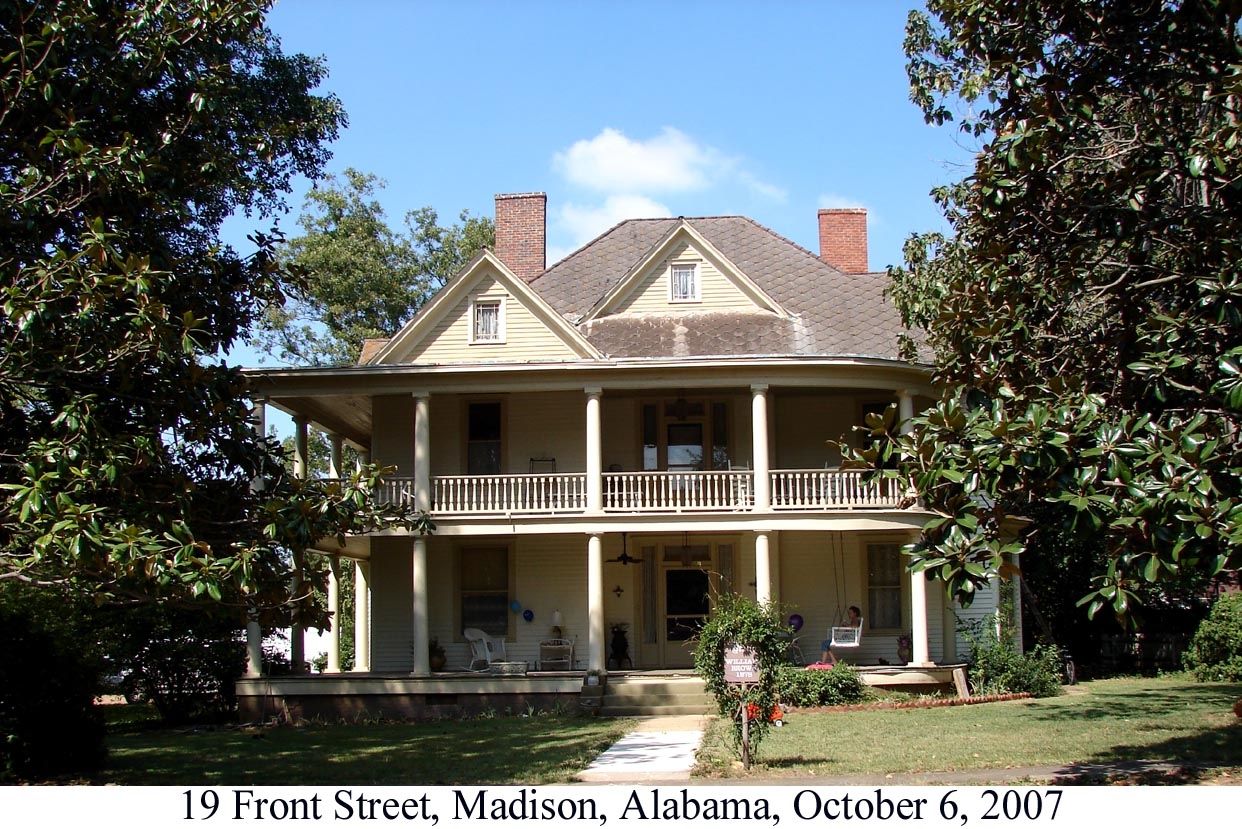 Photo of Jim and Mattie Williams 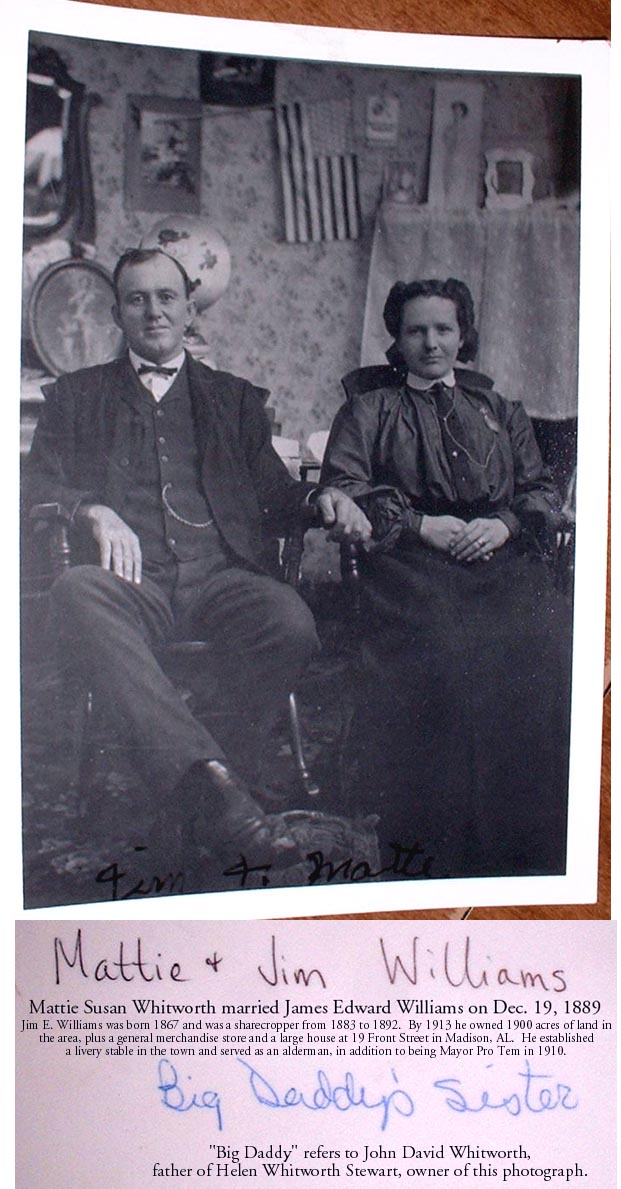 This mansion was built by James Edward Williams at 19 Front Street in the historic original downtown part of Madison. The impressive multi-story home with wrap-around porches on two levels proudly graces the Front Street line of old houses reflecting the glory of Madison in the early 1900s. The back wing of this house was built around 1869 by William B. Dunn, Madison’s first railroad depot agent, who was also a physician. Dunn was a brother of Jackie Dunn Wiggins, who lived on a plantation east of today’s jetplex. The two-story part of the house was constructed by Jim and Mattie Whitworth Williams around 1904, incorporating Dunn’s house as part of the dwelling, which makes it probably the oldest house standing within the historic town limits of Madison. The home was purchased and saved from decay by Chris and Lynn Crumbley in January of 2011. They have restored the structure to its former glory, making interior improvements that considerably added to its modern functionality and decor while retaining the historical features.

Below is the story of Jim Williams, summarized in the December 17, 1913, special issue of Huntsville’s newspaper THE WEEKLY MERCURY.

“J. E. Williams, raised in Madison, forms a splendid example of what an ambitious man may accomplish by grasping opportunities that abound in this community. He started in young manhood (at age 16) sharecropping on the farm of Dr. W. F. Pride in 1883. In the year 1892 he had accumulated enough funds to purchase a farm of 180 acres, from the proceeds of which he bought in 1896 another tract containing 640 acres. In 1900 he added 280 acres to his possession. In 1903 he added another parcel of 560 acres and still more all along the way. Commencing without funds he has pushed forward. He has surmounted every difficulty, gradually building upward all the time until he now owns four large farms aggregating about 1900 acres. His farms are worth an average of about $20 per acre. The annual production of the farms is conservatively estimated to be about $18,000. Mr. Williams also raises considerable livestock, especially cattle, which he uses in his own market in connection with his mercantile establishment. Thereby he assures his customers the best meats at lowest possible prices. Aside from a full and complete line of merchandise, in which may be found just about anything that could possibly be needed in the home or on the farm, he also handles farm implements. He has just now begun supplying a long-standing need of the town by establishing a first-class livery stable. Mr. Williams has assisting in his business those two ‘old reliable’ clerks, Tom W. Carter and Arthur H. Lewis.”

The 1913 newspaper misstated Williams' childhood to a degree. He was not “raised in Madison,” but rather on a farm in Limestone County near Madison. On the other hand, the newspaper included not only the life story article, but it also printed a photo of the house and a photo of the man, with the caption “Mr. J. E. Williams, Alderman, Merchant and Planter”.