Constructed in 1922, the historic Potter County Library is located next to the Potter County Courthouse. Both were designed by local architect William C. Townes. Townes designed the building, which now houses county offices, in the Prairie School style. The two-story structure (and a basement) features a somewhat simple appearance with geometric detailing. It was added to the National Register of Historic Places in 1996.

The Potter County Library was built in 1922. 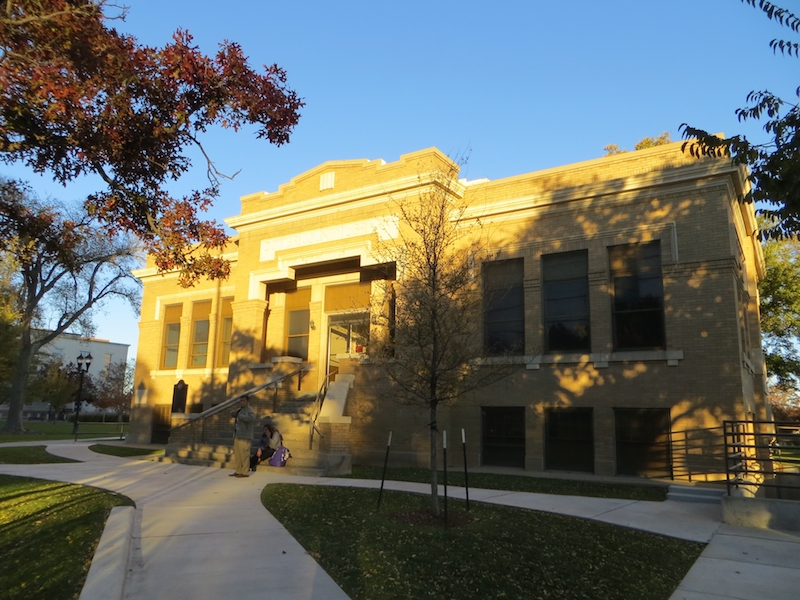 As the population of Amarillo grew during the early 20th century, residents began to demand more government services including a free library. In 1902, a local young women's club took it upon themselves to get the ball rolling when they opened a library in a house. During the next several years, the library grew and was moved to a number of locations. Eventually the Board of City Development took over the library by 1915. Construction for the new library building finally began in 1921 and was finished a year later. Interestingly, the building had a public lounge facilities in the basement, allowing shoppers and tourists—mainly women and children—to rest during visits to downtown.