Frank West Rollins House, a lawyer, banker, avid conservationist, author and politician, served as New Hampshire's 45th governor (1899-1901). The home was built in 1890 a few years before he entered politics. One of his notable, lasting achievements as governor included establishing Old Home Week where people from near and far would return to their hometowns. The celebration spread throughout New England and today is part of an annual summer tradition celebrated at various times, with much hoopla (usually termed "Old Home Days"), throughout New England. 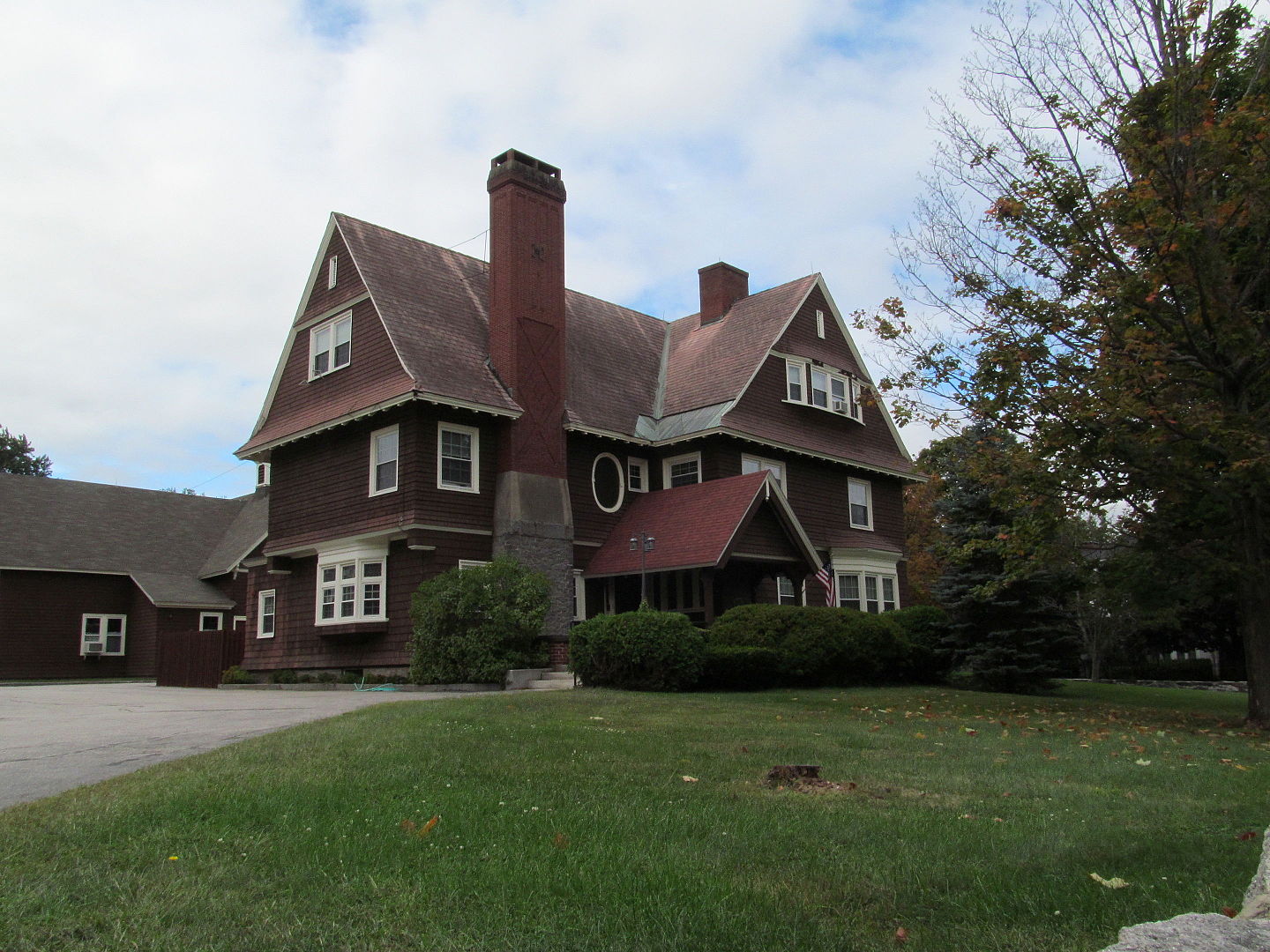 The Governor Frank West Rollins House was built in 1890 for Frank West Rollins, four years before Rollins entered politics in 1894. Up to that point, Rollins had worked as a successful lawyer and banker. He served a single term as New Hampshire governor from 1899-1901. Rollins also was an avid and successful conservationist, worked on school boards, and enjoyed success as an author. Rollins published works included Ring in the Cliff, Break o' Day Tales,  The Twin Hussars, and The Lady of the Violets; a few of them remain in the library of his former, now historic, home.

﻿ Rollins, born in 1860 in Rollinsford, New Hampshire, attended college at the Massachusetts Institute of Technology and Harvard University. After graduation, Rollins was admitted to the bar in New Hampshire in 1882 and subsequently practiced law until 1884. He followed his career in law by becoming a vice president for his father's influential Boston banking firm E.H. Rollins and Son.

Rollins began his political career in 1894, first becoming a member of the New Hampshire Senate (and later president of that body), and then as the 45th governor of the state. He served a single, two-year term from 1899-1901.

The wood-framed, L-shaped home, designed by Andrews, Jaques & Rantoul, is exemplary of the shingle-style architectural design and stands two-and-a-half stories high. The interior is comprised of lavish, ornate details and decorated in Colonial-revival woodwork. However, naval architects Burgess & Packard designed the third-floor bedroom, which is unique for its design that resembles a ship's cabin.