Most of the land for Buttermilk Alley was deeded to the city by the Clay family with the stipulation that it be named "Clay Street." Later it was called "Hobson Street" before the name "Buttermilk Alley" became widely used. Buttermilk Alley runs north and south and connects Arnett Street with Front Street. 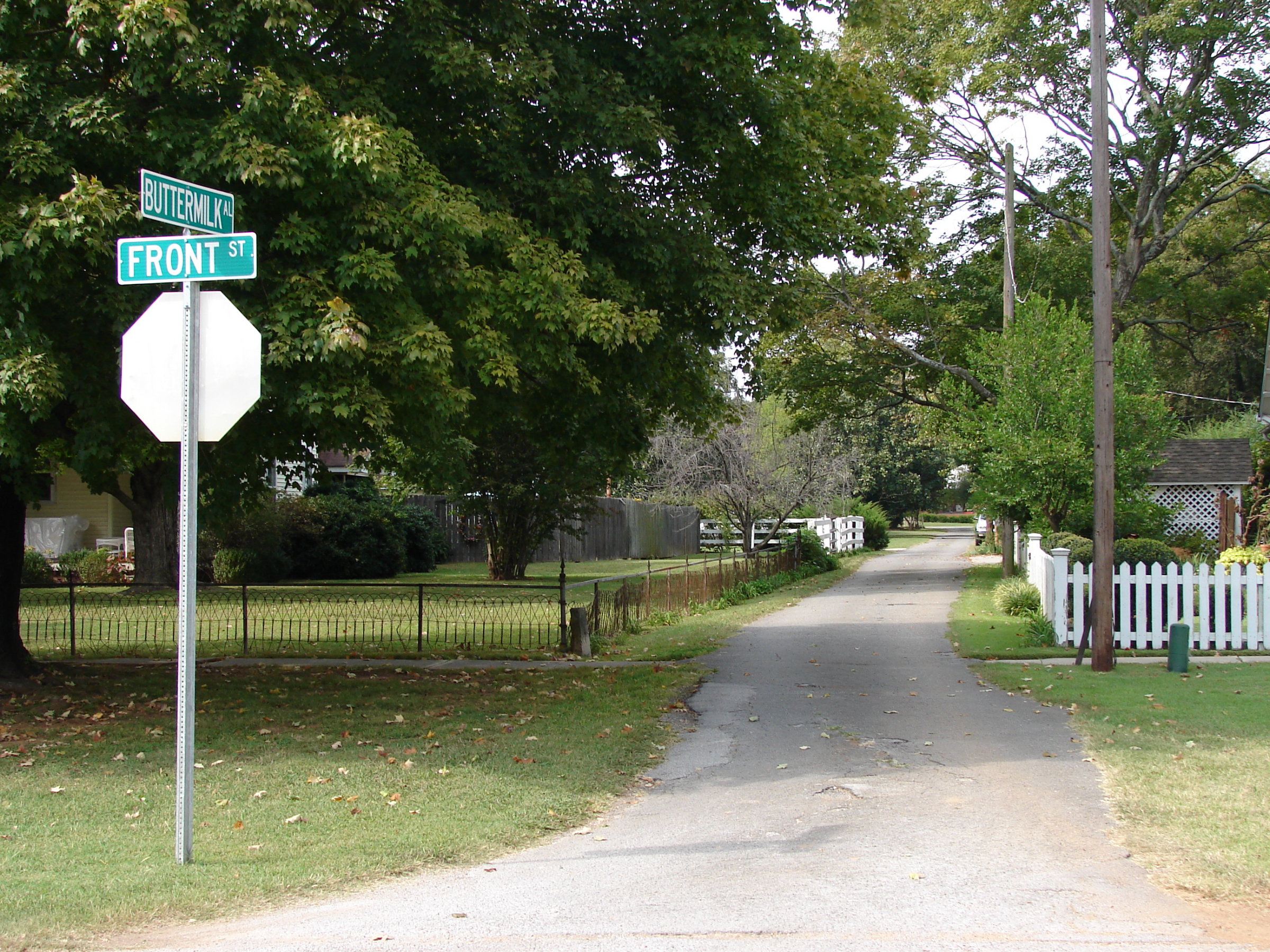 {Most of the land for Buttermilk Alley was deeded to the city by the Clay family with the stipulation that it be named "Clay Street." Later it was called "Hobson Street" before the name "Buttermilk Alley" became widely used.}

Mrs. Annie Mae Humphrey Drake always told a story about this little alley in Madison. Her mother, Mrs. William Benford Humphrey, used to give milk and bread to the train hobos during the depression years of the 1930s and early 1940s. The story has remained and in 1986, the city of Madison erected an official street sign, "Buttermilk Alley."

During the courting stages of every teenager in the 1950s, Buttermilk Alley was a safe place at twilight for sweethearts to take a walk and hold hands. Mrs. Katie, a lady who worked for Dr. James Allen Kyser on Front Street, would be sitting on her porch and " she kept an eye out for the children." The children and the parents felt secure in the knowledge that their children were A-OK.

The alleyway was a good place for bike riding (no cars) during the day and was the site of a fun hay ride for Billy Nolan Drake's birthday party in the late 1940s. On that day, a special wagon with ponies wearing Mexican hats delighted all in attendance. Billy Nolan's mother, Willie Kate Williams Drake, served ice cream in the form of orange pumpkins which some children had never seen before.

Buttermilk Alley was, and still is, a quiet, little alley for a short, peaceful walk. Although an occasional car is seen in the alley, it is still a great place for children of all ages to enjoy and savor the small town atmosphere of the City.