Built in the late 19th century, the Hooper Mansion, located on Beacon Street, was originally owned by the Hooper family, members of the Boston Brahmin elite. The Hoopers, Helen and Robert, were known for owning "Hooper's Judge", a little dog who is cited as the original Boston Terrier. The house has passed through several hands, and was at one point the Boston headquarters of the Church of Scientology. Now, it is a six-unit luxury condominium. 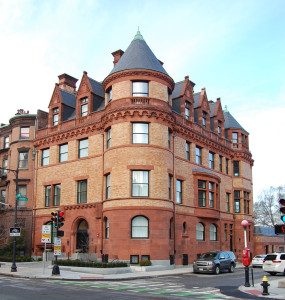 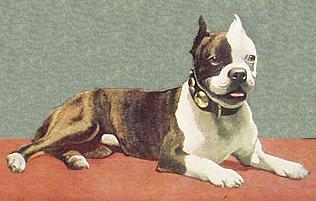 Robert Chamblett Hooper, born April 8, 1805 in Marblehead, Massachusetts, was the son of a wealthy merchant family, who attended Phillips Academy in Andover and joined the class of 1822 at Harvard when he was only 13 years old. However, after two years at Harvard, Hooper took a trip on one of his father's ships, visiting several ports in Europe, and decided to travel through Europe in order to become a more adept sea captain and manager of freight business. Following a successful voyage to Russia, Hooper retired from sailing in order to become a merchant in Boston. Building from his experiences as a ship's captain, Robert C. Hooper was able to buy and sell ships, trade sugar and various other goods, and obtained a share of Central Wharf, as well as ownership of Constitution Wharf.

The land on 448 Beacon Street was purchased originally by Helen Hooper's father, Frederick Lothrop Ames, but Robert Hooper was listed as the owner of the land when he applied for a building application on March 27, 1889. The Hooper Mansion was completed by 1891. The house was designed by Andrews and Jaques, architects. The house's design is described as Romanesque and Richardsonian. The architects Andrews and Jaques designed the mansion with more than 70 different windows, which made the house sunnier than most designed in that period around Boston. In March of 1981, the Hoopers had a daughter, Helen. In May 1891, Frederick Ames sold 448 Beacon Street to Annie Hardon Farlow, who was married to Dr. John Farlow, with a clause in the deed making clear that the view from 448 Beacon Street could not be obstructed.

This site is also famous for being the home of the original Boston Terrier. "Hooper's Judge", owned by the Hooper family, was a cross between a white English Terrier and an English Bulldog. Almost all purebred Boston Terriers can trace their lineage back to him. Prior to being called the Boston Terrier, these friendly little dogs were referred to as "Round Heads" for their small, somewhat circular heads. The breed was officially recognized by the American Kennel Club in 1893. Notorious for a kind and gentle disposition not associated with many from Boston, this breed has been nicknamed "the American Gentleman".

When Frederick Ames passed in 1893, Helen (Ames) Hooper bought 448 Beacon Street from his estate. She died in February of 1907, and Robert C. Hooper passed away in August 1908. Their daughter Helen lived at 448 Beacon Street, and was eventually joined there by Susan Blake Horton, a widow from Milton. in 1911, Helen Hooper was married to Lathrop Brown in 1911, and lived with him in New York City. Brown was a Congressman who served one term in 1913, and was Franklin Delano Roosevelt's best man at his marriage to Eleanor Roosevelt. In 1912, the Hooper Mansion was bought from Helen (Hooper) Brown by William P. Natale, a real-estate dealer, and in May 1913, it was bought by the widow of textile giant Horation Nelson Slater, Mabel De Cartaret (Hunt) Slater, and she lived there with her four children. Mabel Slater was an inventor, and filed patents on ideas such as getting ice-cooled water from a spigot on ice-box refrigerators, and a gauge for measuring remaining ice without opening ice-boxes. Slater was also credited as the inventor of a sleeping bag that could be used as clothing that was supposedly used during WWI. She donated the proceeds from her patents to charity.

1921, following Mabel Slater's death, the house was owned by several groups and individuals, and was put to several uses.

In April of 1949, the Hooper Mansion was bought by George Irwin Rohrbough and Martha Fraser Rohrbough, who used it as a school building for a secretarial school called The Chandler School for Women. The school bought the house from George and Martha in 1971, and by 1975, the school was foreclosed on by Shawmut Community Bank. The bank converted the property from a school into a place of worship prior to the mansion's sale to the Church of Scientology. The sale to the Church was finalized in December of 1975.

In 2013, the Hooper Mansion was purchased from the Church of Scientology and the new owners, "448 Beacon LLC" applied for permission to change the Church into a multi-unit housing complex. In 2016, the house was converted into six condominiums.