The Long Wharf is located near Faneuil Hall, East of the Old Statehouse. It was originally conceived by Henry Deering in the 1700's, and was designed to help facilitate sea trade in Boston. Its great length allowed ships easy access to unloading points without the help of smaller vessels (1). The wharf has had a varied history. It was the landing place of the British fleet, the workplace of famous Americans, and a center for the fishing industry (3). Today, the wharf is much smaller, and sees less economic trade. Instead, it is home to upscale restaurants, ferries, and other tourist attractions. 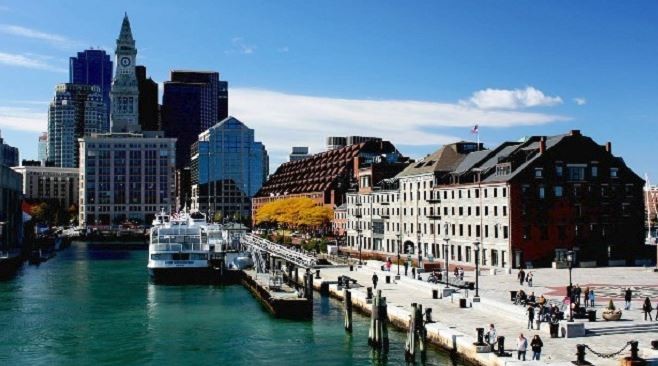 The Long Wharf in the Past 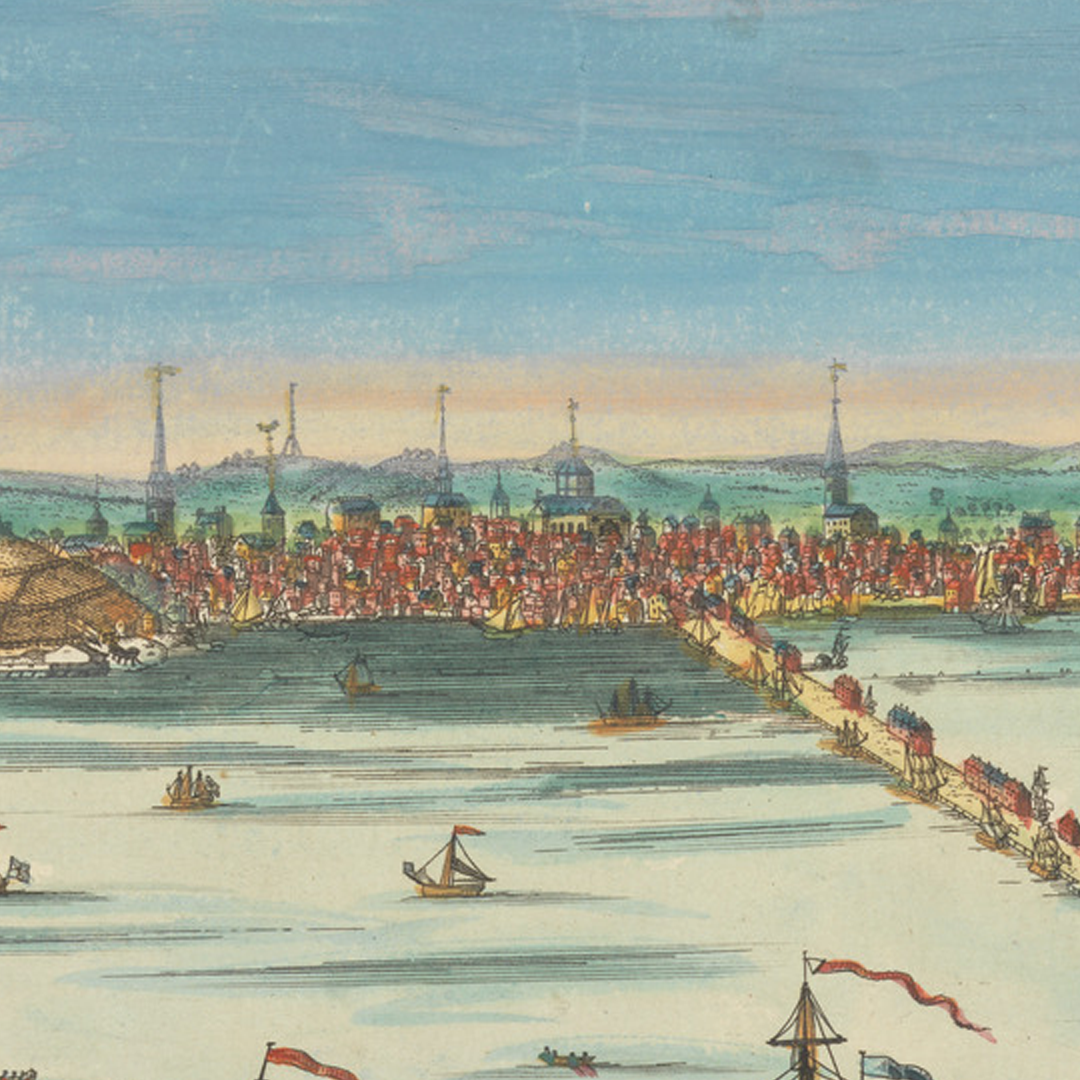 View of the water from the Long Wharf 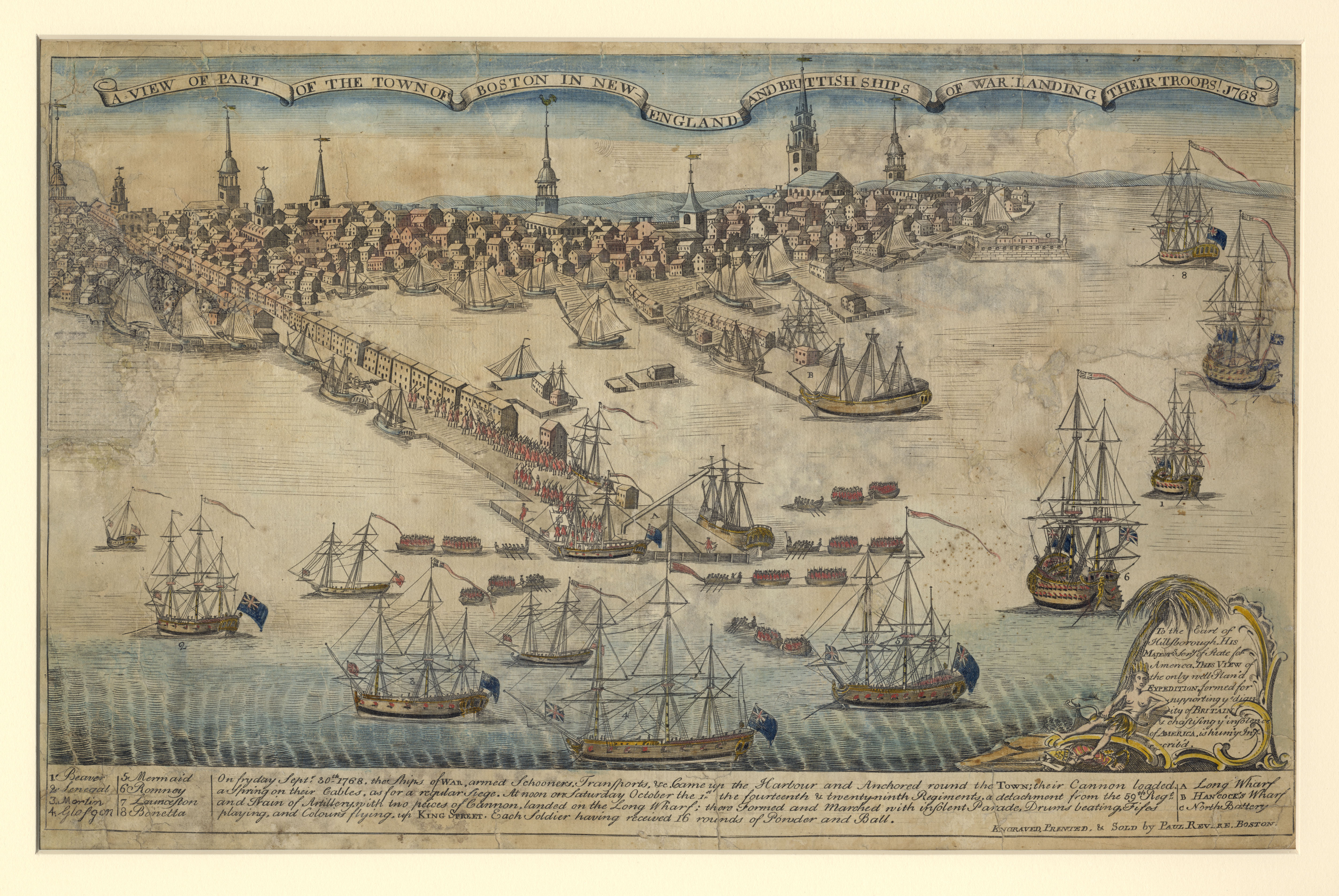 Construction of the Long Wharf

Construction of the Long Wharf pier began in 1710, at the base of what was old King Street (3). It is located nearby Faneuil Hall, in Boston’s Waterfront district. At its longest it measured between 1500 and 2000 feet, though it has since shrunk (1). The large boats that carried goods to Boston would normally have to ferry supplies from out from the harbor, but because of the Long Wharf’s size they could unload directly onto the mainland. This made the long wharf a popular destination for commercial vessels. The warehouses and the Custom House block that were utilized by these ocean traders remain in use on the Long Wharf today.

Working on the Long Wharf

The buildings on the Long Wharf were used to record and store the cargo that was transported by merchant ships. Several famous characters held jobs on the Long Wharf. John Hancock, the famous cosigner of the Declaration of independence, worked in a counting house that still exists today. Nathaniel Hawthorne, author of The Scarlett Letter, worked in the custom house and helped unload coal from docked ships. He writes of his experience:

“I pray that in one year more I might find some way of escaping from this unblest Custom-House; for it is a very grievous thralldom” (7).

The Long Wharf During the Revolutionary War

On September 30th, 1768, British ships carrying soldiers docked at the Long Wharf. These soldiers were sent to enforce the Townshend acts, which were defied by colonial citizens (2). Paul Revere recorded his observations below his engraving of the historic event:

“the fourteenth and twenty-ninth Regiment, a detachment from the 59th Reg, and train of artillery with two pieces of cannon, landed on the Long Wharf; there formed and marched with insolent parade drums beating, fifes playing, and colours flying” (5).

Actions like these would eventually lead to writing of the Declaration of Independence, and the Revolutionary War.

The Changing Role of the Long Wharf

As the United States railway system became more developed, the Long Wharf saw less international, commercial use. Instead, it became a new destination for fishing vessels until the completion of the pier in South Boston (4). The Long Wharf was gradually reduced in size because of its diminished usage.

By the end of the 20th century, the Long Wharf had become separated from the city of Boston. In the 1960’s, the Boston Redevelopment Authority began working to make the pier a public space, and it was refurbished over the course of several decades. A redevelopment plan released by Sasaki Associates in 1980 notes the condition of the pier:

“Its timber decks on wood piles are in an advanced state of deterioration…Long Wharf in its present condition remains a significant, yet incomplete portion of the downtown waterfront renewal area” (6).

Today, the Long Wharf hosts sightseeing ships and ferries. Several of the original building remain in use today. For example, the Chart House is now an upscale seafood restaurant. It is an easily accessible area, and offers a panoramic view of the Boston Harbor.