The 9/11 Memorial Garden of Remembrance is located in the Boston Public Garden to commemorate Massachusetts and New England residents killed in the September 11, 2001 terrorist attacks. The memorial consists of a semi-circular stone tabloid with 198 names engraved on it, surrounded by trees and flowers (Voices, 2014). An opening ceremony was held on July 12, 2004 for the families of the victims (Voice 2), and there is a ceremony every year on September 11 to keep their memories alive (CBS Boston, 2014). 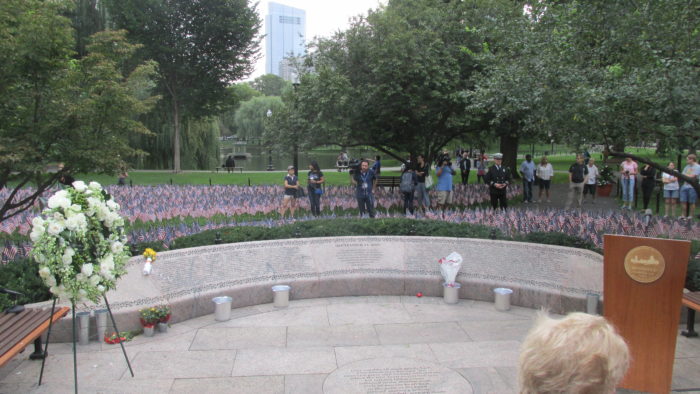 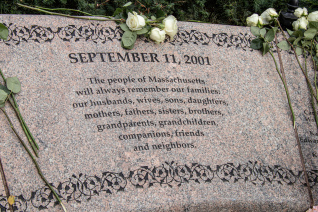 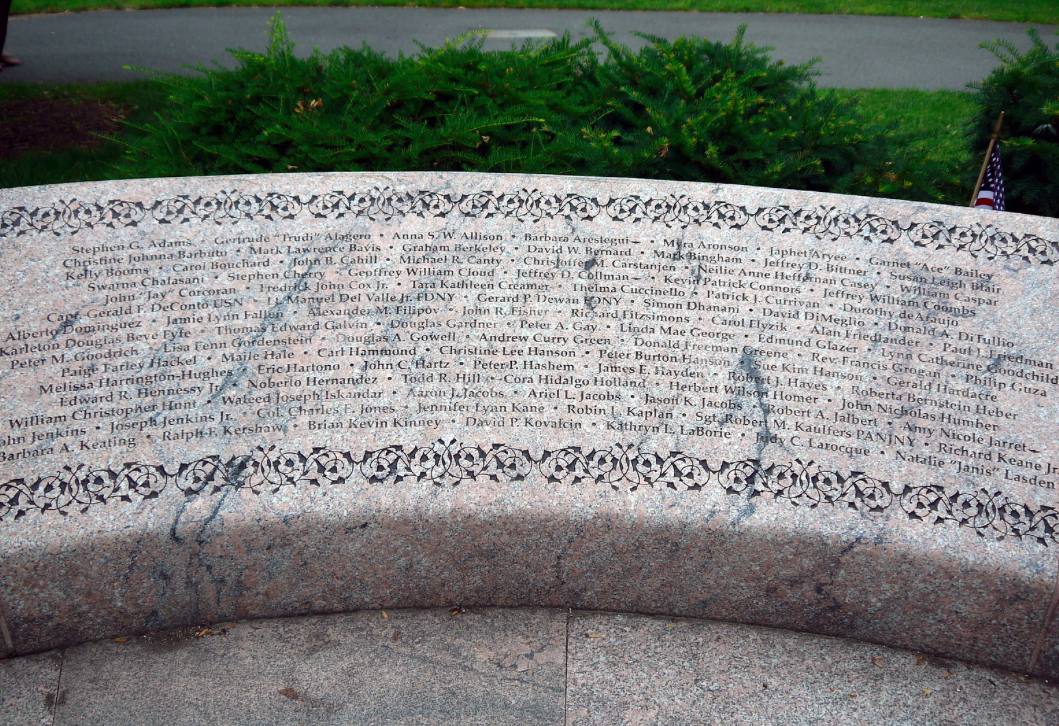 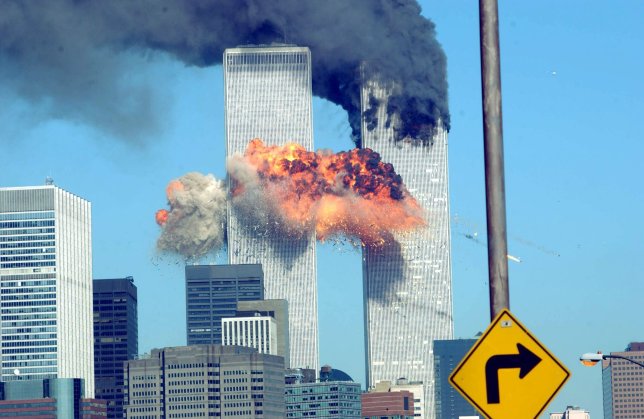 The 9/11 Memorial Garden of Remembrance is simple and serene, making for a peaceful place of mourning and reflection. As America’s First Botanical Garden, the Public Garden is an ideal spot for the memorial because it is guaranteed to be maintained well, and it is in an area where many people will pass and stop to look. The 198 names inscribed on the memorial individualize the victims, giving them an identity onto which loved ones can hold. The victims of 9/11 were random and disposable in the eyes of the terrorists, but this memorial ensures that they are not forgettable to America. There is a ceremony every year on September 11 to keep their memories alive (CBS Boston, 2014).

The day of September 11, 2001, started as a routine morning for everyone across the globe. No one suspected that that day would go down in history as one of the most devastating days in America. American Airlines Flight 11 left from Boston Logan International Airport at 7:59am. Nine flight attendants and eighty-one passengers expected to be in Los Angeles in the next six hours, but five men aboard had different plans. Shortly after being airborne, Al-Qaeda terrorists hijacked the plane, stabbing two flight attendants, pilots, and an innocent passenger (National Commission, 2004). The aircraft embedded itself about twenty floors from the top of the North Tower of the World Trade Center in New York at 8:46am (CBS News, 2011).

Everyone knew that the first plane was not an accident when a second plane hit the South Tower seventeen minutes later at 9:03am. This plane was United Airlines Flight 175, which left Boston Logan International Airport at 8:14 am, just fifteen minutes after the first plane. Seven flight attendants and fifty-six passengers, including the five Al-Qaeda terrorists were aboard; the plane was hijacked and crashed in the exact same manner as the first (National Commission 2). One eye witness was on a live telephone conference with CBS reporter Bryant Gumbel, explaining what she heard and saw from the first crash, when the second plane struck the South Tower. The CBS cameras catch the collision in the bottom corner of their shot, where a huge explosion of smoke and fire can be seen. The eye witness is shocked, and gasps can be heard from other people on her end of the line. She says, “That definitely looked like it was on purpose . . . because it just flew straight into it” (CBS News 2).

At 9:37am, a third plane crashed into the Pentagon, resulting in the death of 184 people (CNN Library, 2019).This was American Airlines Flight 77 from Washington Dulles Airport, with four flight attendants and fifty-eight passengers, including the five Al-Qaeda terrorists.

Meanwhile, United Airlines Flight 94 left Newark Airport at 8:42, almost half an hour behind schedule. Knowing that they would die either way, five flight attendants and thirty-seven passengers fought back and overpowered the terrorists, and eventually crash-landed in a field in Shanksville, Pennsylvania, just twenty minutes flying time from Washington D.C.. The intended target is believed to have been the Capitol or the White House.

Neil Leach, architect and theorist, believes that the event pushed Americans to form a stronger identity with one another; the nation was able to come together as a unit to support and protect themselves, with a common loss, common enemy, and common values (Leach, 2003). This idea is demonstrated in Boston’s 9/11 Memorial Garden of Remembrance. Since two of the hijacked planes departed from Boston Logan International, the city has strong connections to the great loss of 9/11. Many of the victims of the plane crashes were locals from Boston who undoubtedly left many friends and family behind to carry on their memories. Linda Plazjona, the director of the Mass 9/11 fund, acknowledges that it is already hard for Bostonians to be expressive about their pain, because that is not the culture for New Englanders. That is why it is appropriate for the 9/11 Memorial Garden of Remembrance to be a place of “quiet contemplation.” Plazjona acknowledges that standing in front of this memorial may be “as close as we come to wearing our hearts on our sleeves” (Voices of September 11, 2014). This garden is just one of the ways in which people can take a moment out of their day in order to remember those who fell in an event that would change their country forever.