Directly following the “revival” of the marathon event in the 1896 Summer Olympic Games in Athens, the Boston Marathon was established in 1897. The Boston Marathon is the World’s oldest annual marathon and is considered to be one of the most prestigious road racing events.1 The course begins in Hopkinton, passes through Middlesex County, and ends in the heart of Boston. Each year, the road race attracts a variety of runners and wheel chair racers, ranging from individuals raising money for a charity to elites attempting to set a new course or world record. The race also draws the second largest amount of media coverage for a single day sporting event, following only the Super Bowl football event. Additionally, the race houses around 500,000 spectators throughout the course, making the event the most widely observed sporting event in New England. The current official Boston Marathon Finish Line is located between Exeter and Dartmouth Streets, right before Copley Square and the Boston Public Library. 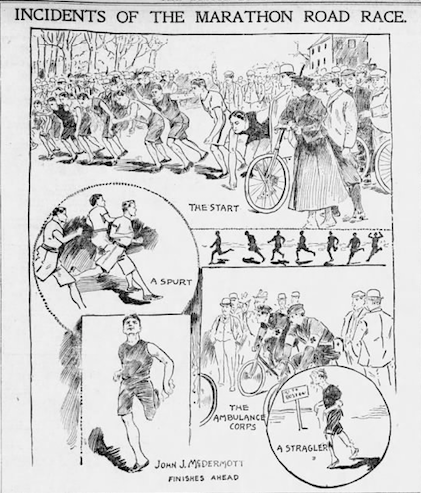 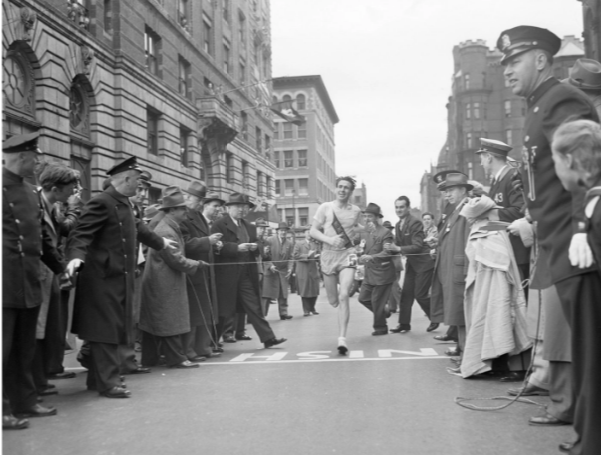 Kathy Switzer attempts and completes the Boston Marathon in 1967, a time at which women were not allowed to participate. 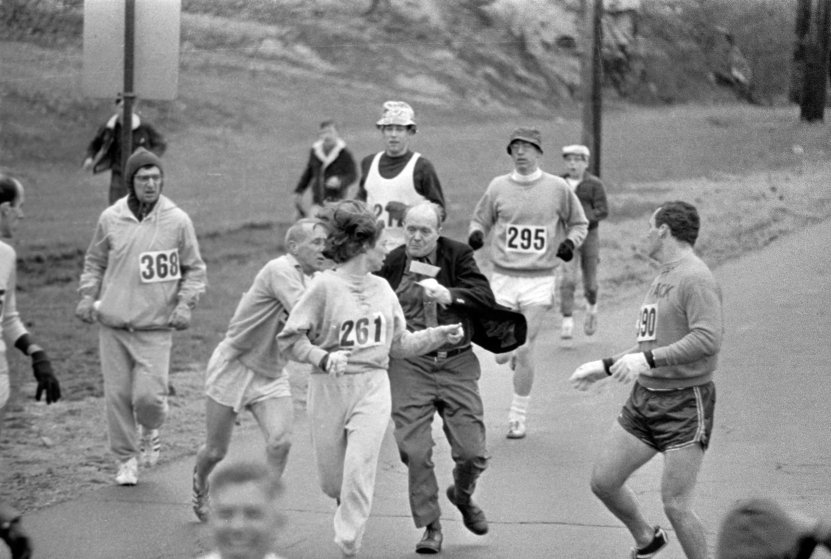 Joan Benoit wins the Boston Marathon; she is the first person to win the Boston and Olympic marathons. 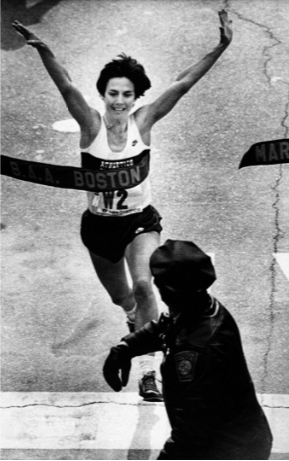 Celebration of the 100th running of the Boston Marathon. Largest turnout of the race ever. Uta Pippig becomes first woman to win it three consecutive times. 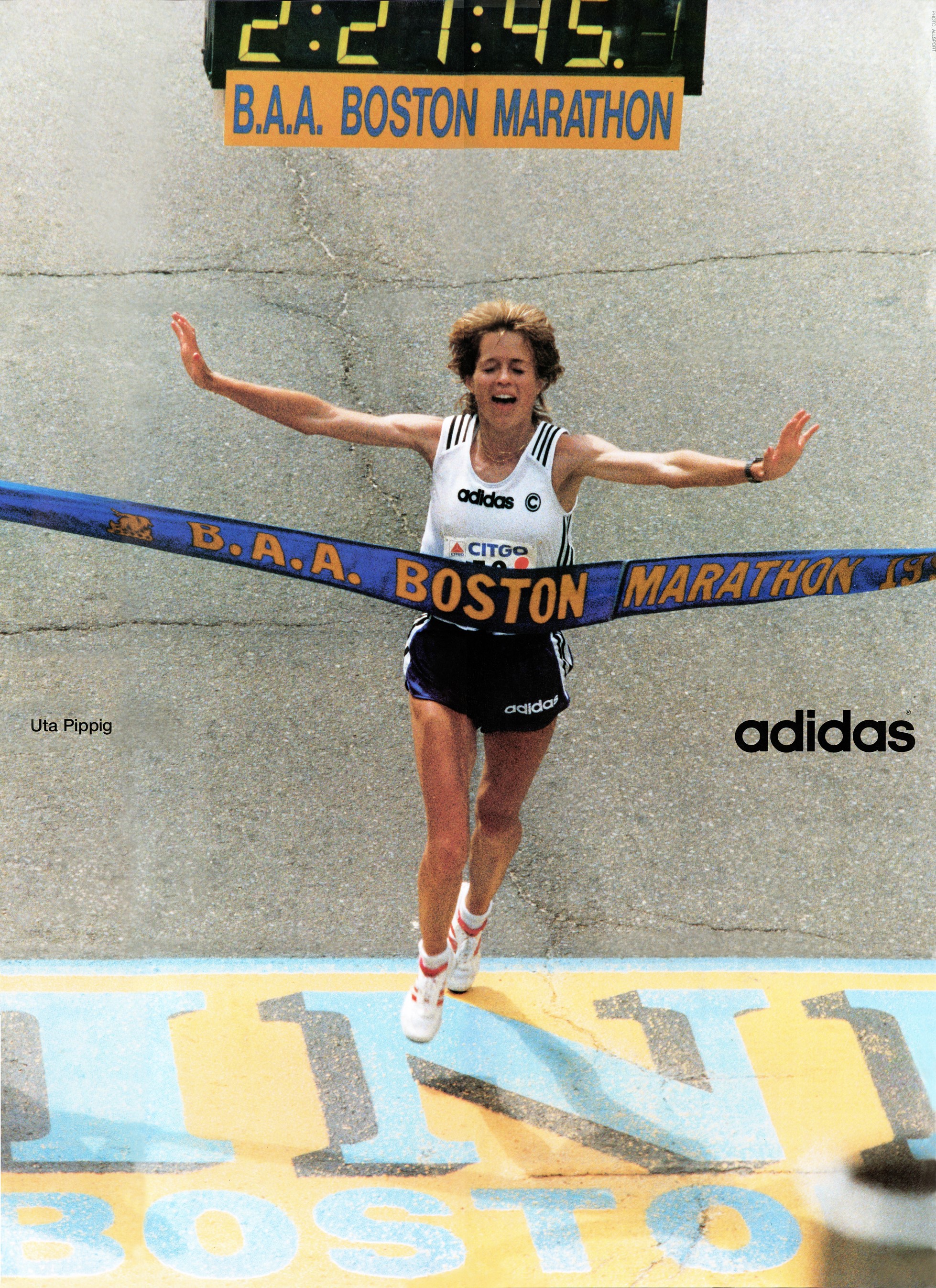 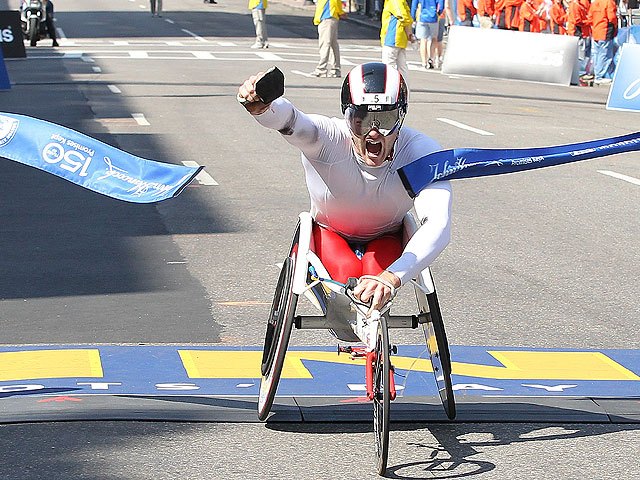 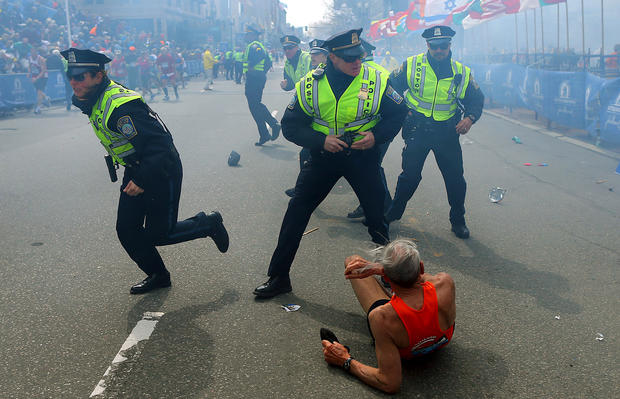 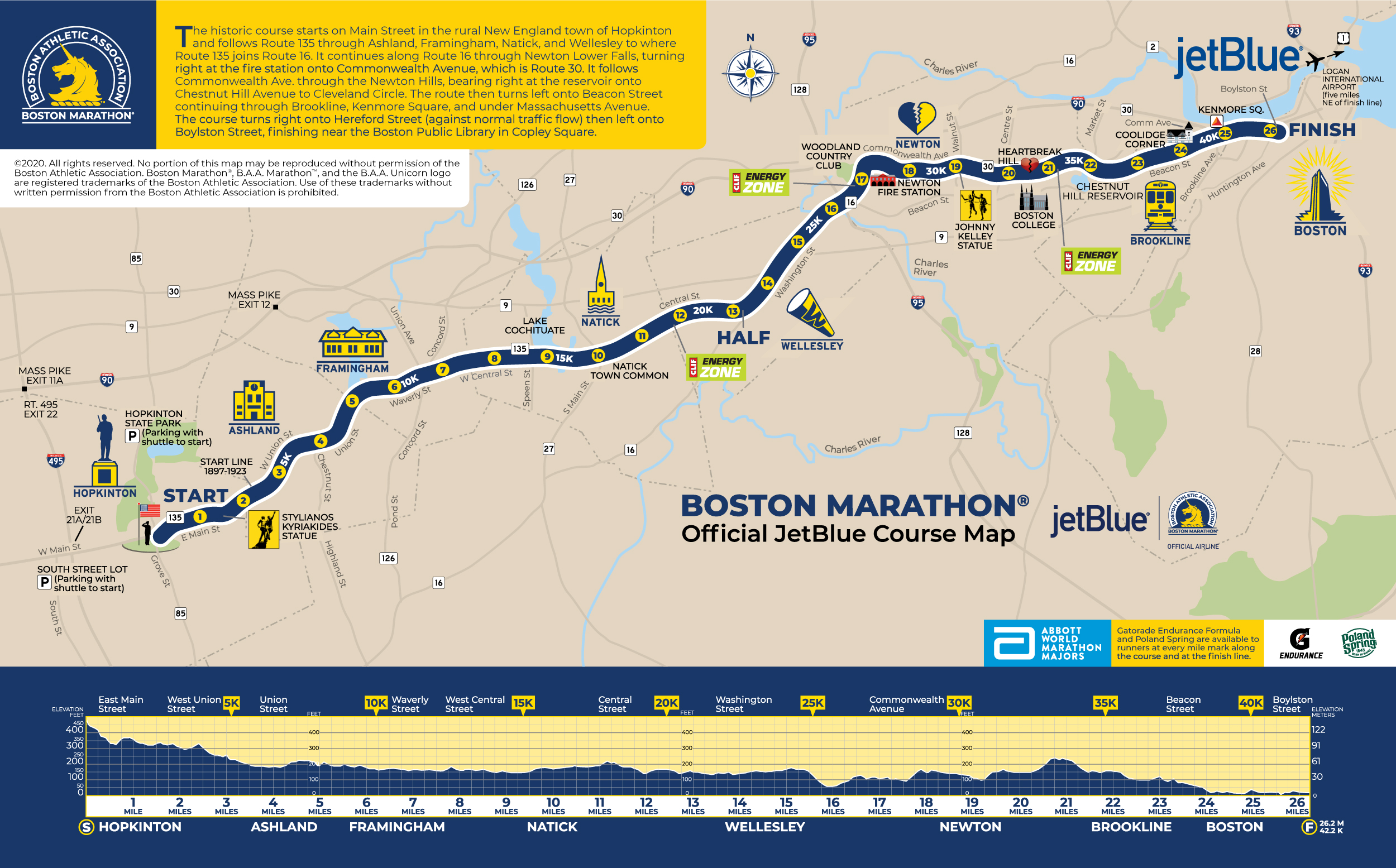 On the third Monday of each April, the people of Massachusetts, as well as numerous international athletes, celebrate Patriots’ Day through running and spectating the Boston Marathon. The marathon event stems from the restoration of the Olympic Games in 1896, which attempted to recreate Pheidippides’s run from Marathon to Athens. The establishment of the Boston Marathon was intended to be “patterned after the games in Athens” as well as to trace the route of the Battle of Concord and Lexington of the Revolutionary War, thus linking the Athenian and American fight for liberty. In theory, the runners would follow the “path of the Patriots roused to action in the countryside,” eventually finishing in Boston (2). However, Boston was located at most twenty miles from Concord and the B.A.A. followed the Boston & Albany Track line forty kilometers Northwest, setting the Boston Marathon's starting line in Ashland. In 1924, the Boston Marathon starting line was pushed back to the Hopkinton Green in order to conform to the standard marathon length (26.2 miles) set by the International Association of Athletics Federation (1). Since 1897, the Boston Marathon has occurred every year, despite events such as World War I and World War II.

The official Boston Marathon Finish line has been altered four time since initial establishment. Although the original location is unknown, it was by Irvington Oval, an outdoor track in the Back Bay neighborhood. In 1899, the finish line was moved to Exeter Street, between Boylston and St. James Street, due to the grand opening to the Boston Athletic Association's Club House. By 1971, the finish line was once again relocated to Ring Road, a service road. Finally, when John Hancock Financial Services signed to sponsor the marathon in 1985, the line was moved to its current location, which is between Exeter and Dartmouth Streets. To many, the finish line represents both the journey to the starting line, as well as the the journey from the starting line to the finish line in terms of running the event.

The revival of the marathon came at a time when women were barred from involvement in collegiate and professional sports. At the time, the athletic as well as the medical community believed that women were unfit to complete strenuous exercise. The medical community was most fearful of future implications for fertility while the general population subscribed to such fallacies as the notion that long distance running would make women more competitive and muscular, two aspects which are considered to define masculinity (3). Kathrine Switzer, a student of Syracuse University, aimed to defy the athletic standards (or lack thereof) for women. Although it was not illegal to register for the Boston Marathon as a woman, it was socially unaccepted. Wearing bib #261 and a "coat of lipstick", Switzer lined up in Hopkinton at the B.A.A. official starting line on April 19th, 1967 (4). About one and a half miles into the race, a race official attacked Switzer, attempting to take her off of the course. Though "shook up," Switzer prevailed and crossed the finish line on Boylston Street, making her the first woman to officially finish a marathon (4). Her efforts inspired the running community and as a result, women were officially allowed to participate in the Boston Marathon in April of 1972 (4).

On April 15, 2013, 23,336 runners stood before the Boston Marathon starting line. They represented ninety-two total countries and all US states. Some were running to raise money for charities, others were trying to "push their own limits" whereas some aimed to set new course records. Wheelchairs and hand-cyclists were at their side, all ready to conquer the 26.2 miles (2). Although they did not resemble the militia who marched through Concord, Lexington, and Boston, they shared the dedication to attack what laid before them. At 2:45 P.M. two bombs detonated at the finish line in Boston. About 124 individuals were injured and three died as a result of the attack. Bill Iffrig, who was affected by the blast, noted that that "after you've run 26 miles, you're not going to stop there;" so he "picked himself back up" and walked himself across the finish line (2). Iffrig is an example of the resiliency of the runners and people of Boston in response to the terrorist attack. The people of Boston are "picking themselves up" and moving on with "Boston Strong" imprinted in their memory.