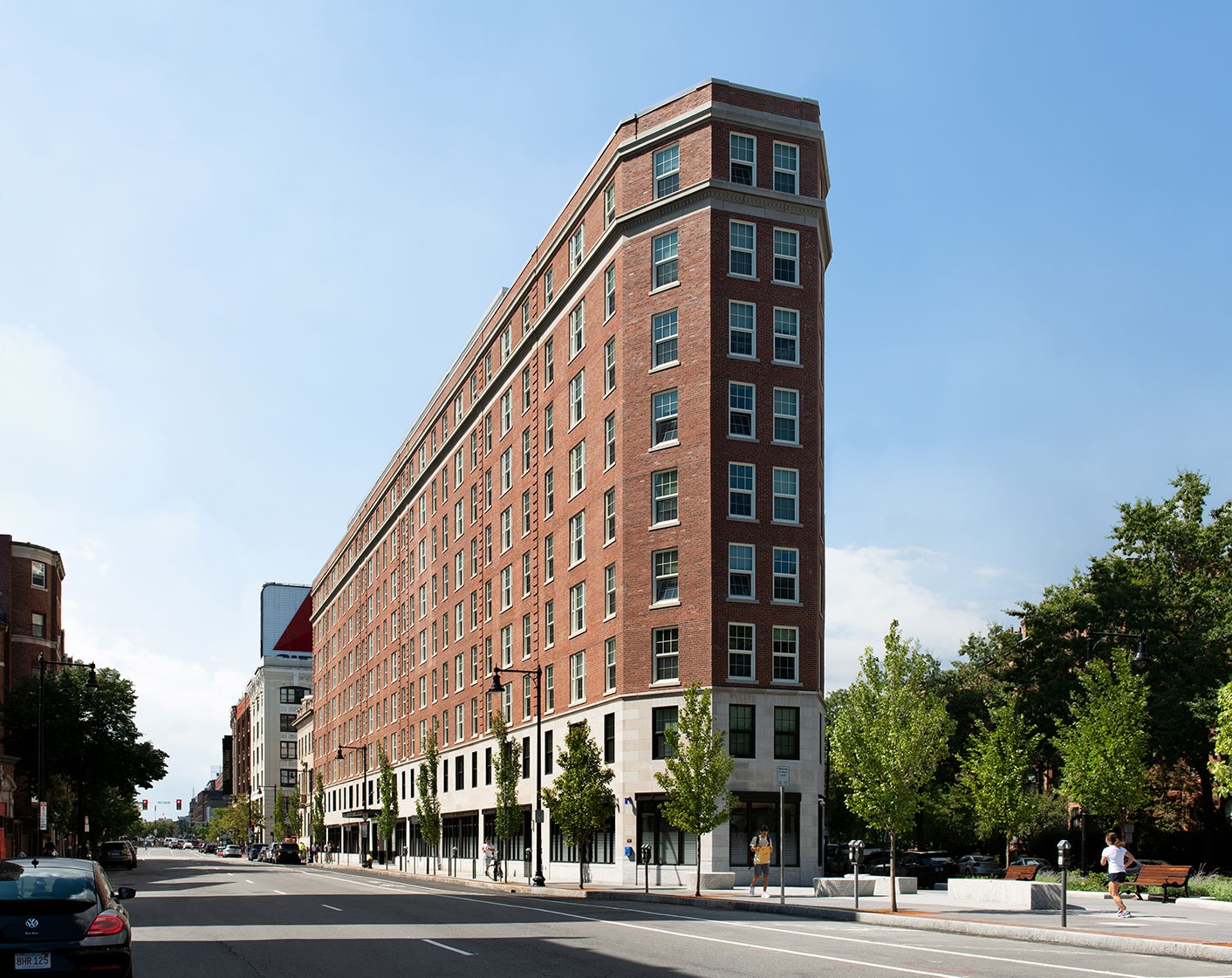 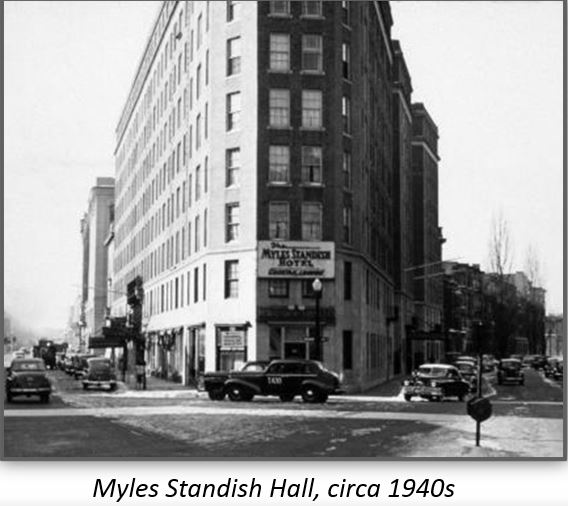 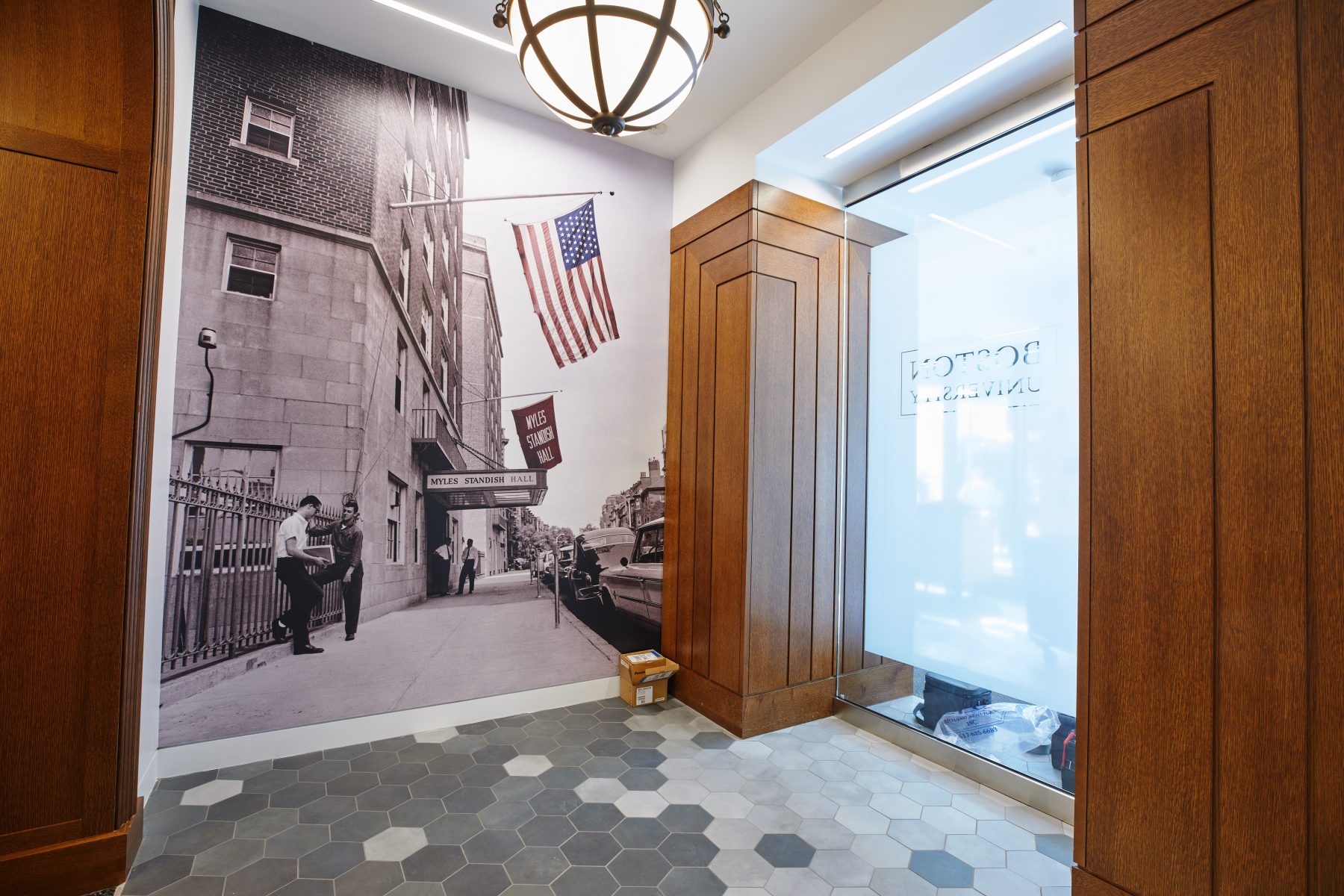 Formerly known as Myles Standish Hotel, the newly renovated Myles Standish Hall is one of the few large dormitories in Boston University's East Campus, housing approximately 700 students (Boston University). Though the hotel itself was built in 1926, it was not until 1949 that it was purchased by the university as a student dormitory. Prior to its purchase, the Myles Standish Hotel was regarded highly and, due to its close proximity to Fenway Park, a popular place for visiting baseball teams to stay (Kilgore).

There were two main reasons why Boston University opted to purchase the hotel. First, as a result of the sudden influx of students after troops returned to the United States after World War II, there was an increased demand for additional housing for students (Kilgore). The second reason was that at this time Kenmore Square had a reputation as an unsafe area and the general movement of Boston University into East Campus was a means to improve public safety in the area.

As an old building, as time went by there was an increasing demand for the building to be renovated. First, the design of the building was not suited to be a dormitory as students “had to travel through another’s bedroom to access the shared bathroom” (Boston University). Second, the outside of the building was at risk for failure and accelerated renovation plans. Finally in May 2016, renovations of the building began with Phase one, renovations of the Western half, from May 2016 until August 2017 and Phase two, renovations of the Eastern half, from May 2017 to August 2018. Though much more modern in its structure post-renovation, Myles Standish Hall still retained it's historic vibe by, for example, featuring a historic Black-and-white photo mural in the lobby of the original entrance pre-renovation (Boston University). This aspect of historic preservation awarded the building the 2019 Paul and Niki Tsongas Award which recognizes the best historic preservation efforts in the Commonwealth area (Howland). As part of the effort to become more environmentally friendly, the renewed building uses about 40.7 % less energy than the average building and is projected to use 42% less water (Boston University).