located at the intersection of 28th St. and Panola St. in Catlettsburg, Kentucky, The marker reads “The first woman elected to Kentucky legislature, 1921. Mary E. Flanery elected to House of Representatives from Boyd County. She had worked for woman suffrage; was concerned with marriage and divorce laws and educational reform. At her death, 1933, a bronze marker was placed at her seat, No. 40, in house chamber. Mary E. Flanery was a journalist, suffragist, and politician. Born 1867 in Carter County (now Elliott County), she wrote for Ashland Daily Independent, 1904-26; also taught in Elliott and Carter counties. Chosen in 1924 as a delegate to the Democratic National Convention, New York City. In addition to public life, she and her husband reared five children. Buried, Ashland Cemetery.” The marker was erected by the Democratic Women's Club of Kentucky, the Kentucky Historical Society and the Kentucky Department of Highways. 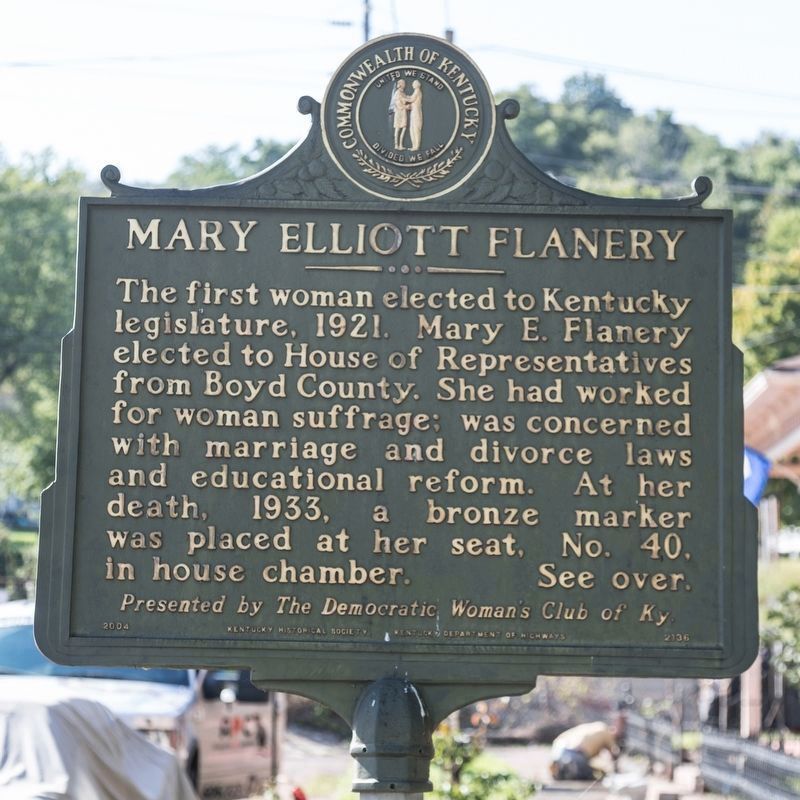 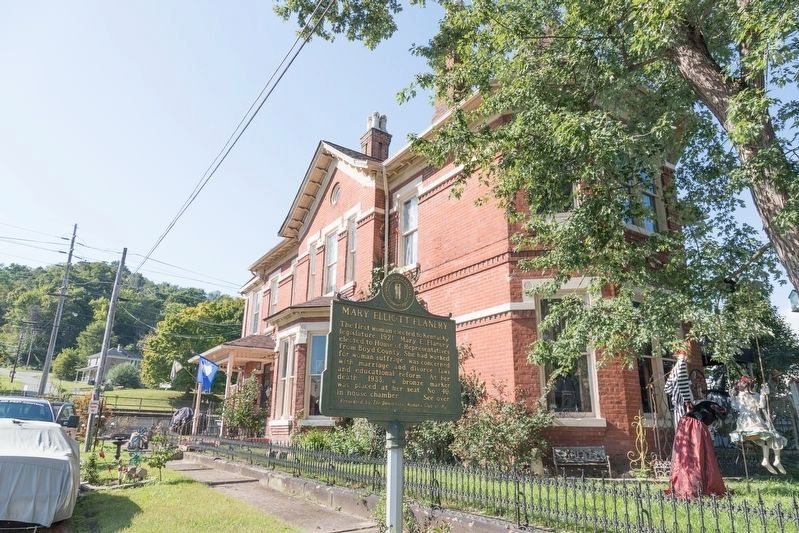 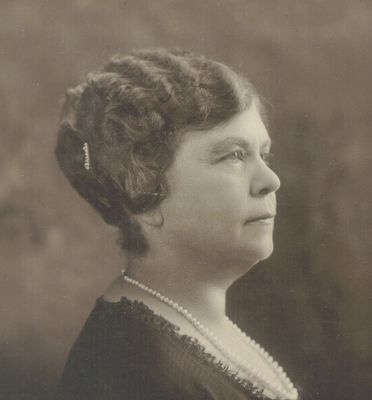 All through out history women have astonished those who have put limits on them and they have obliterated every glass ceiling that has been placed above them, Mary Elliott Flanery was one of those amazing women in Kentucky and American history, she was a suffragist, politician, and journalist. Mary attended Barbourville college in West Virginia, and the Agricultural and Mechanical college in Lexington, Kentucky where she would face gender discrimination and barriers since it was not common for women to attend school at the time, while going to school she participated in multiple women’s clubs such as Daughters of the American Revolution and the Catlettsburg Women’s Literary Club, these clubs allowed women in the community and in college to go out and make an impact on the country.

In 1921 Mary was the first woman elected to the Kentucky legislature, which made her the first woman being elected to the state legislature of a southern state. Flanery focused her concerns on Kentucky’s education reform, marriage and divorce laws, along with sponsoring the Shepard-Towner Maternity Act, which established clinics for mothers, children and pregnant women throughout the country. Before becoming a legislator she taught in Elliot and Carter Counties in Kentucky, being influenced by her time as a teacher while in Kentucky Legislature she introduced the bill that created Morehead State Teachers College. Along with being an educator and legislator she was also a journalist for the Ashland Daily Independent, she had a weekly column “impressions of Kentucky’s Legislature” in her column she demanded for social change.

After women gained the right to vote she ran for the Democratic party candidate for a seat in the Kentucky House of Representative, she won by a 250 vote margin, she endorsed women’s rights, she ran for secretary of state in 1923 and did not succeed, but was surprisingly defeated by another woman named Emma Guy Cromwell, Cromwell was the first to hold a statewide office, however Flanery did not give up her fight in politics in 1924 she was a delegate to the Democratic National Convention, a few years later in 1926 she founded the John Milton Elliott chapter of the United Daughters of the Confederacy.

After Flanery’s death she was buried in the Ashland Cemetery in Ashland, Kentucky, she was honored by the Kentucky Historical society as Kentucky’s Most Prominent Female, and the Kentucky General assembly honored her by placing a bronze plaque at her desk in the Kentucky House of Representatives.