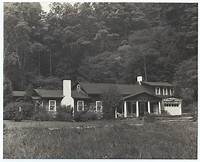 A Trip to Stuart's Home 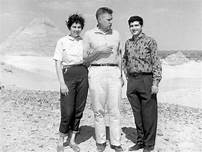 In a New York Times Book Review, Stuart was described as a "local colorist of the first rank-probably the best we have produced in the United States." Stuart's various novels, short stories, poetry, and articles pertain to life experiences growing up in W-Hollow, Greenup, Kentucky. His topics ranged from depicting rural living, enduring climatic conditions of Eastern Kentucky, education in Appalachia, the beauty of W-Hollow, and religion within Appalachia, which often made him a representative voice for the people of W-Hollow.

Throughout his career as a writer, Stuart won several awards for his literary works. In 1938, Stuart won the Guggenheim Fellowship for his works, Man with a Bull-Tongue Plow (1934) and Head O' W-Hollow (1937). The fellowship allowed Stuart to travel to Scotland for a year of studying and writing. In 1941, Stuart won the Academy of Arts and Science Award for Men of the Mountains. Two years later, Stuart won the Thomas Jefferson Memorial Award for Taps for Private Tussie.

In the midst of all these awards and honors, Stuart found love in an old high school classmate, Naomi Deane Norris Omet. Naomi Deane went on to become an elementary schoolteacher to supplement her classes at Morehead Normal College, and in 1938, she graduated with her bachelor's degree. Nearly a year later, Stuart proposed to Naomi on October 12th, 1938 and that night, they bought their marriage license. Two days later on October 14th, 1938, the couple married. During that winter, the couple lived with the Norrises in Fullerton, Kentucky, but all of that changed on Naomi's birthday on April 14th where she and Stuart celebrated by having a picnic in W-Hollow. At the picnic, Naomi suggested to Start that he should transform an old barn he lived in as a child into their dream home to which Stuart agreed. By the fall, the couple turned the dilapidated log barn into the home they would live together for forty years and welcome their only child, Jessica Jane into the world. The house's interior began collecting an eclectic look when the couple decorated the house with trinkets from their travels, Naomi's homemade rugs, and Stuart's awards and books. Until being admitted to the Jo-Lin Nursing Home in Ironton, Ohio in 1982 after suffering a stroke, Stuart always found sanctuary in his home no matter where he went.

The house was originally built in 1825, and its core is completely made out of lumber. Over the years, the Stuarts made numerous renovations to implement additional spaces and rooms. During their marriage, the couple built a frame house around the section, so the lumber is not visibly exposed. The two-story house has seven rooms, two bathrooms, an enclosed staircase reaching to the second floor, and a garage on the first floor. The second floor has three rooms. Outside, the house has wood shingles structuring the roof, and a one-story porch that stretches over the front entrance. In addition, the house has two outbuildings near the property, a smokehouse and a hen house. The house is adjacent to the Jesse Stuart State Nature Preserve, a living museum that houses the seven-hundred acre farm land Stuart acquired over a twenty-five year period where lovers of Stuart can go and explore the places in W-Hollow that inspired Stuart's writings.