The culmination of the Kanawha Valley Campaign of 1862, the Battle of Charleston was an engagement during the American Civil War. On September 13, 1862, Confederate Major General William W. Loring, with an army of about 10,000 men, drove an outnumbered federal force under the command of Union Colonel Joseph A.J. Lightburn from the city and consequently took control of the Kanawha Valley. The Confederate occupation ultimately proved to be short-lived. Six weeks later, Union forces regained control of Charleston and the Kanawha Valley. Federal troops would control both for the remainder of the war. 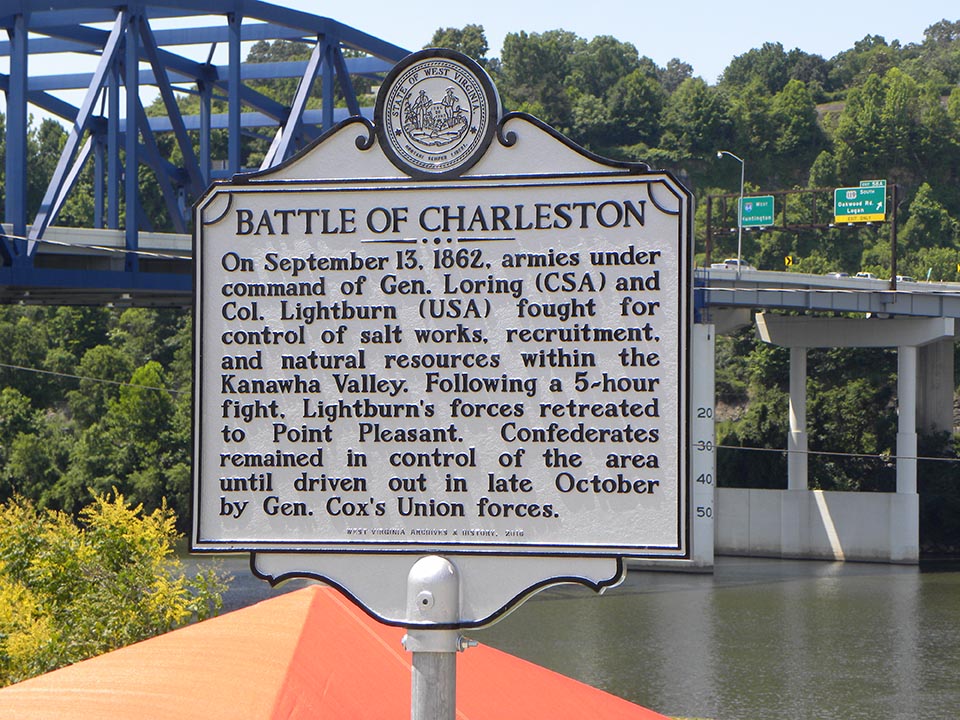 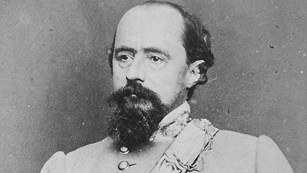 In the spring of 1861, Union forces under the command of General George B. McClellan invaded western Virginia (now West Virginia). By the fall, federal troops had taken control of Charleston and the Kanawha Valley. In the summer of 1862, bolstered by the recent military success of General Thomas “Stonewall” Jackson in the Shenandoah Valley, Confederate forces set their sights on regaining control of the Kanawha Valley and its valuable salt works. Confederate hopes of regaining the area received a boost in August, when 5,000 federal troops under the command of General Jacob D. Cox were ordered east to help defend Washington, D.C. from General Robert E. Lee’s advancing Army of Northern Virginia. This left a mere 5,000 Union soldiers, under the command of Colonel Joseph A.J. Lightburn, to defend Charleston and the Kanawha Valley.

On September 6, with an army of about 10,000 men, Confederate Major General William W. Loring moved north from Pearisburg to retake Charleston and the Kanawha Valley. Four days later, on September 10, he encountered a small federal force near Fayetteville and easily drove them back. By September 12, he and his army were just east of Charleston. The following morning, Confederate artillery began bombarding Lightburn’s forces east of the city. The onslaught proved too much for the outnumbered federal soldiers and they fell back to what is now the downtown area. In the afternoon, Loring’s men entered present-day downtown and continued to push Union troops west. As Lightburn retreated, his men torched valuable buildings and supply depots in the city to prevent them from falling into enemy hands. After crossing the suspension bridge over the Elk River, Lightburn cut the cables to cover his withdrawal from the city. Aiding Lightburn’s retreat—intentionally and unintentionally—were evacuating townspeople, who clogged the streets with wagons and the Elk River with rowboats, thus slowing the Confederate advance. By nightfall, the federal evacuation was complete and Confederate forces held the city and the valley. In all, during the Kanawha Valley Campaign, causality numbers were low. Loring’s army suffered eighteen killed and 86 wounded. Union forces, on the other hand, suffered twenty-five killed, 95 wounded, and just under 200 missing.

The Confederate occupation, however, proved to be short-lived. Six weeks later, Union forces regained control of Charleston and the Kanawha Valley. They would control both for the remainder of the war.

In 2016, as part of its Civil War sesquicentennial project, the West Virginia Highway Historical Marker Program of the West Virginia Archives and History installed a marker to commemorate the Battle of Charleston. It stands along Kanawha Boulevard West on Magic Island in Charleston.