At a young age, George Washington had a career as a land surveyor for Great Britain. He was in charge of surveying some areas in West Virginia, such as land along the Kanawha and Ohio rivers, or in this case near Millwood, West Virginia. Land surveying that was done by Washington was mostly done for Lord Fairfax, who had a large claim to the northeastern portion of the state of West Virginia, often referred to as the Northern Neck of the Fairfax proprietary. Lord Fairfax ended up holding onto the land he had claimed until the Revolutionary War. Under Lord Fairfax, George Washington would survey an extensive amount of land. 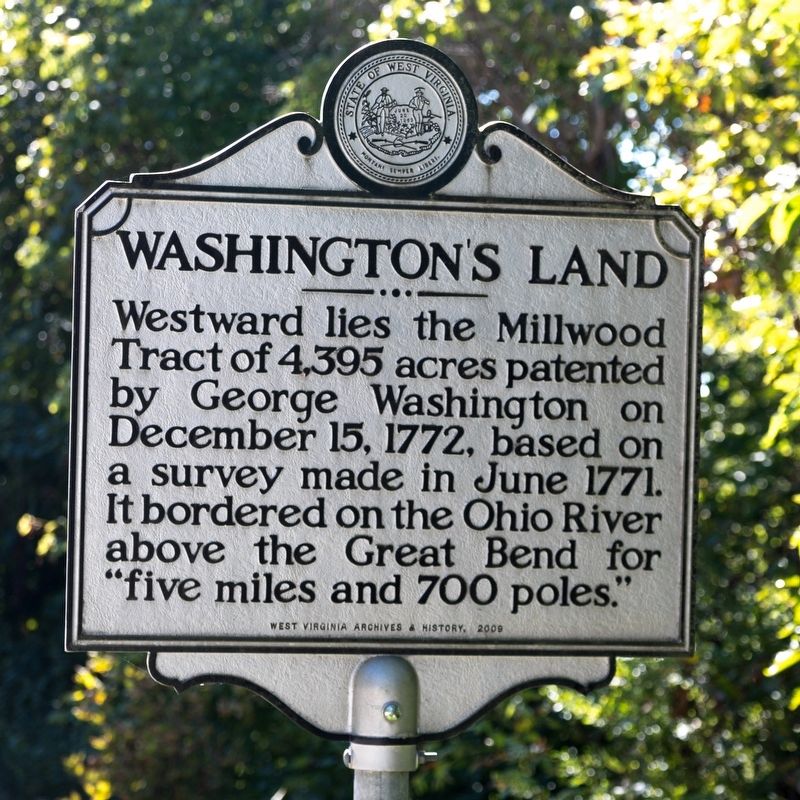 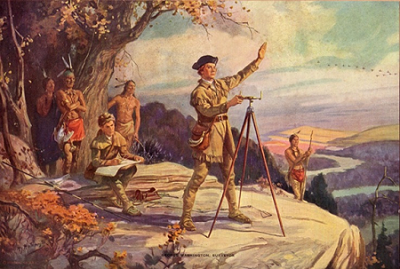 In the 1600 and 1700s, land speculation played a large role in Virginia's colonial society, as they had to speculate to expand territory. George Washington took advantage of this, as he made his career land surveying and speculating. In doing this, he surveyed an estimated 70,000 acres in what is now West Virginia, as well as its surrounding states and areas. This would give George Washington's extensive knowledge of the land, as well as those who lived on it. With the land that Washington was granted from speculation (approximately 45,000 acres in West Virginia), he would pass it down, either to his family, or to soldiers that fought for him. Washington found it very important to get his soldiers land that they were owed for their service.

This would prove to be advantageous especially during the French and Indian War, where Washington was a Major and used his extensive knowledge during battle. Washington's knowledge of the terrain and Indian fighting styles propelled his military career as his success would get him to the top of Britain's army. After the removal of Native presence in West Virginia, there was much more land to be speculated. Washington's success with the British and Colonial Army would eventually lead him to becoming the first President of the United States.

Land speculation played a role in West Virginia history far beyond George Washington and the 1600 and 1700s. Due to many of the land owners speculating and claiming right to the same areas. This caused problems because when this area was divided up and sold the issue of land titles would pop up. During the 1800 and 1900s, especially in mineral rich areas, there were constant disputes over land titles between mine companies and citizens. Often in which the citizens would lose their land. Overall, George Washington's land speculation had and still has a long lasting effect on the state of West Virginia.