Located within the 10,000-acre Bear Brook State Park is a former Civilian Conservation Corps (CCC) camp, one of the last such intact camps remaining in the United States. Built in 1935, the camp was meant to be the temporary home for 1123rd CCC Company as they worked on what would later become Bear Brook State Park. The camp closed shortly after America entered World War II and was later acquired by the state of New Hampshire. The eight remaining buildings have been altered to better survive the elements and as needs required. Located in two of the buildings is the CCC Museum and the New Hampshire Snowmobile Museum. The camp was designated a National Historic District in 1992.

The former CCC camp buildings are now used by the park and as the CCC and New Hampshire Snowmobile Museums. 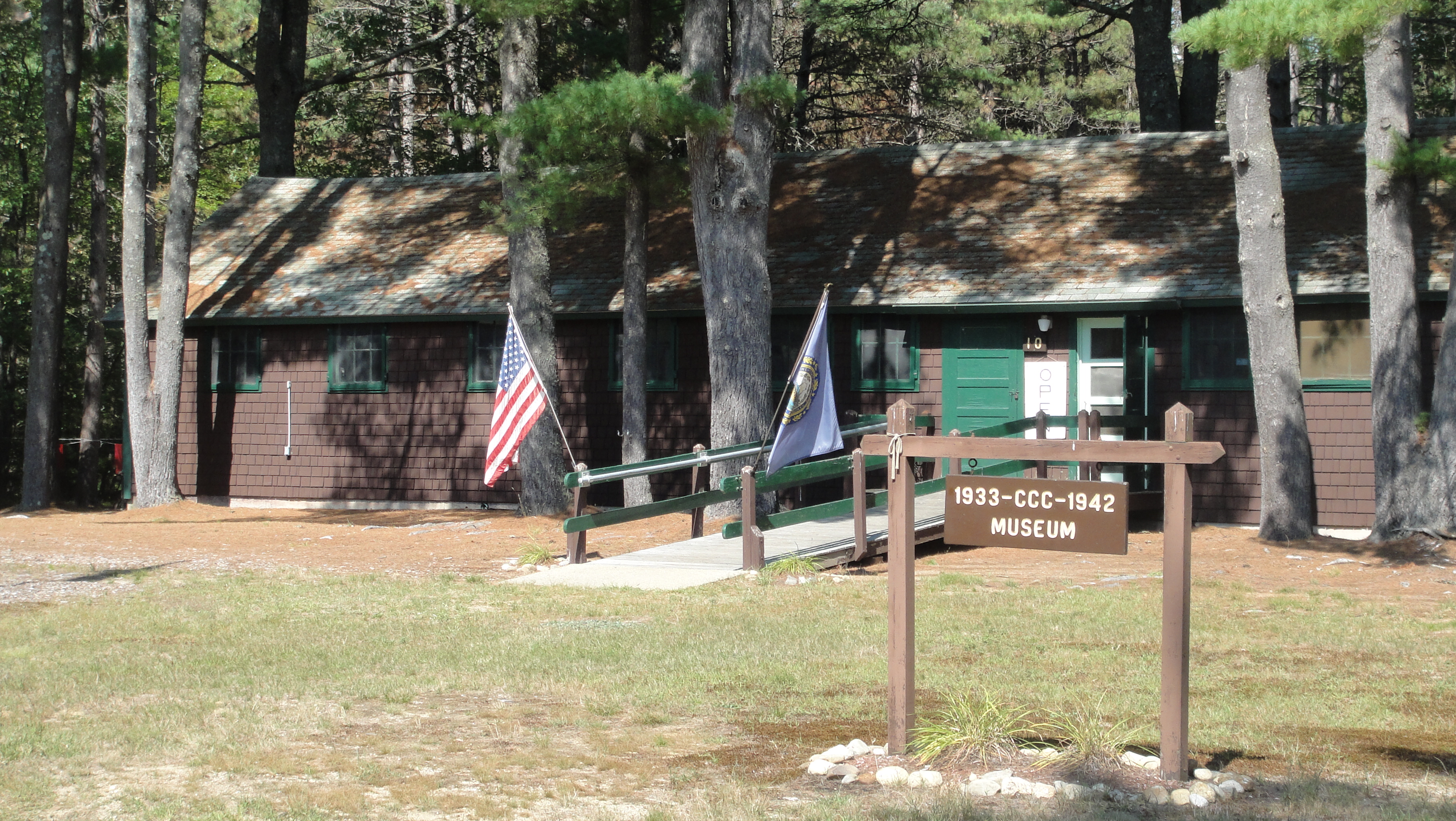 One of the numerous pavilions within the park. 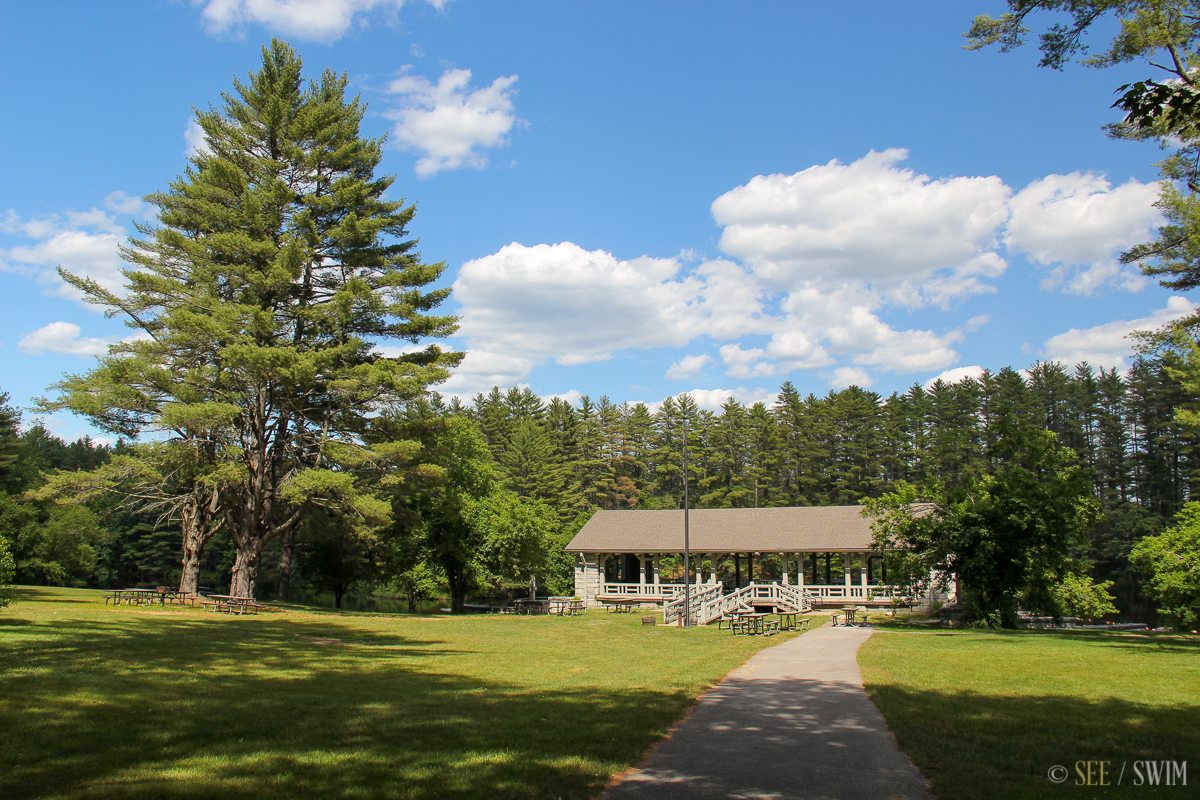 Vintage snowmobiles on display in the New Hampshire Snowmobile Museum. 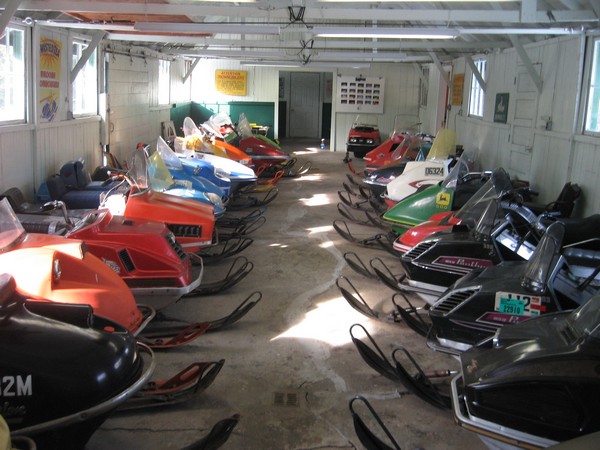 The manager of the CCC Museum at work. 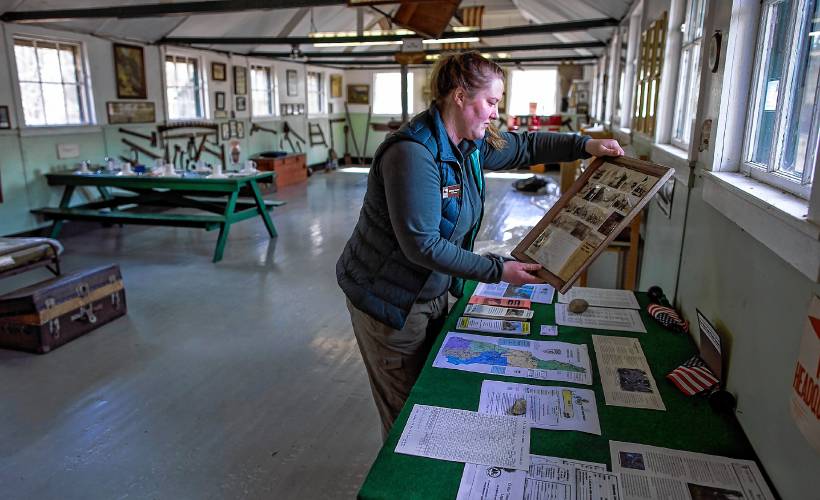 A memorial dedicated to the CCC workers. 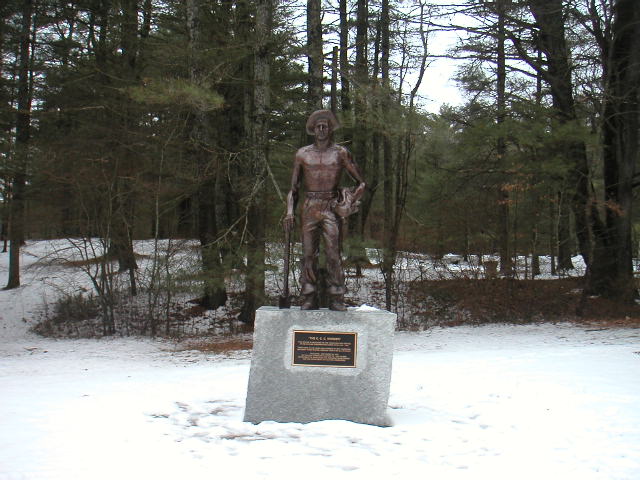 In 1935, the U.S. Forest Service began purchasing land, in various states, as part of New Deal initiatives to provide jobs by adapting unused land for recreational purposes.  In conjunction with that policy, President Roosevelt and Congress created the CCC with passage of the Reforestation and Relief Bill of 1933. From the year of its creation to its expiration n 1942, over 3 million men served in the CCC and 4,500 camps were built across the country. These young, formerly unemployed men lived and worked in these camps, planting trees, fighting fires, providing flood control and building roads, dams, shelters, cabins, and camp sites, among other things. They earned $30 per month, $25 of which was required to be sent home.

Bear Brook State Park was created when the U.S. Forest Service acquired over 6,000 acres in 1935. In order to transform that land into a recreational area, a CCC camp was built at the park that same year, one of 28 eventually built in New Hampshire. The 13 original buildings included four barracks, mess hall, recreation building, headquarters building, infirmary, education building and two garages. A crafts building was added in 1937. These buildings were constructed quickly, from prefabricated materials of yellow pine and covered in tar paper. The Cees (as they were called) worked to create Bear Brook State Park until the CCC program was disbanded in January of 1942.

The camp was then used as a recreational area for sailors on leave from naval bases around Boston until March of 1943 when the entire park was turned over to New Hampshire’s State Forestry and Recreation Commission. The state decided to improve the CCC buildings by covering the exterior walls with wood shingles and the roofs with asphalt ones. The interiors of many of the buildings were altered to meet the needs of the state, primarily by adding partitions and at some point, three of the barracks were demolished to make way for a ball field.

The CCC camp at Bear Brook State Park serves as a physical reminder and record of one of the most successful New Deal programs created by the Roosevelt administration. Not only did it provide employment for millions of Americans, it also created numerous recreational spaces and infrastructure improvements across the country. Many of the men who served in the CCC used their training to serve in World War II and to acquire jobs upon the war’s completion. This particular CCC camp is one of very few left in the nation and the last within New Hampshire. For these reasons, the camp and surrounding area was designated a National Historic District.

Today, some of the buildings are still used by the state, but two have been converted into the CCC Museum and the New Hampshire Snowmobile Museum. Located in the former dining hall, the CCC Museum features numerous artifacts and photos from when the camp was in operation, to include an original coal stove, place settings and tools. The Snowmobile Museum displays various vintage models, holds numerous special events throughout the year and traces snowmobiling’s history within the state. Please call the park for operating hours of both museums.