Just south of I-80 and the town of Sutherland, this historic site and natural formation called O'Fallon's Bluff includes historical markers that share the history of this area's connection to the Oregon Trail. O'Fallons Bluff is a 20-mile long stretch of bluffs that parallel the North Platte and South Platte Rivers (the Plate River separates into two at the town of North Platte). The bluffs are significant because pioneers traveled over them on the Oregon Trail. The site on the map features a historical marker and two parallel lines of red bricks that symbolize the ruts made by wagon wheels. Though covered by grass, the original wagon ruts are still visible. There are also wagon wheels stuck in the ground nearby. Visitors can access the site using a trail from a rest stop.

Wagon wheels are on display to show where the trail is located. 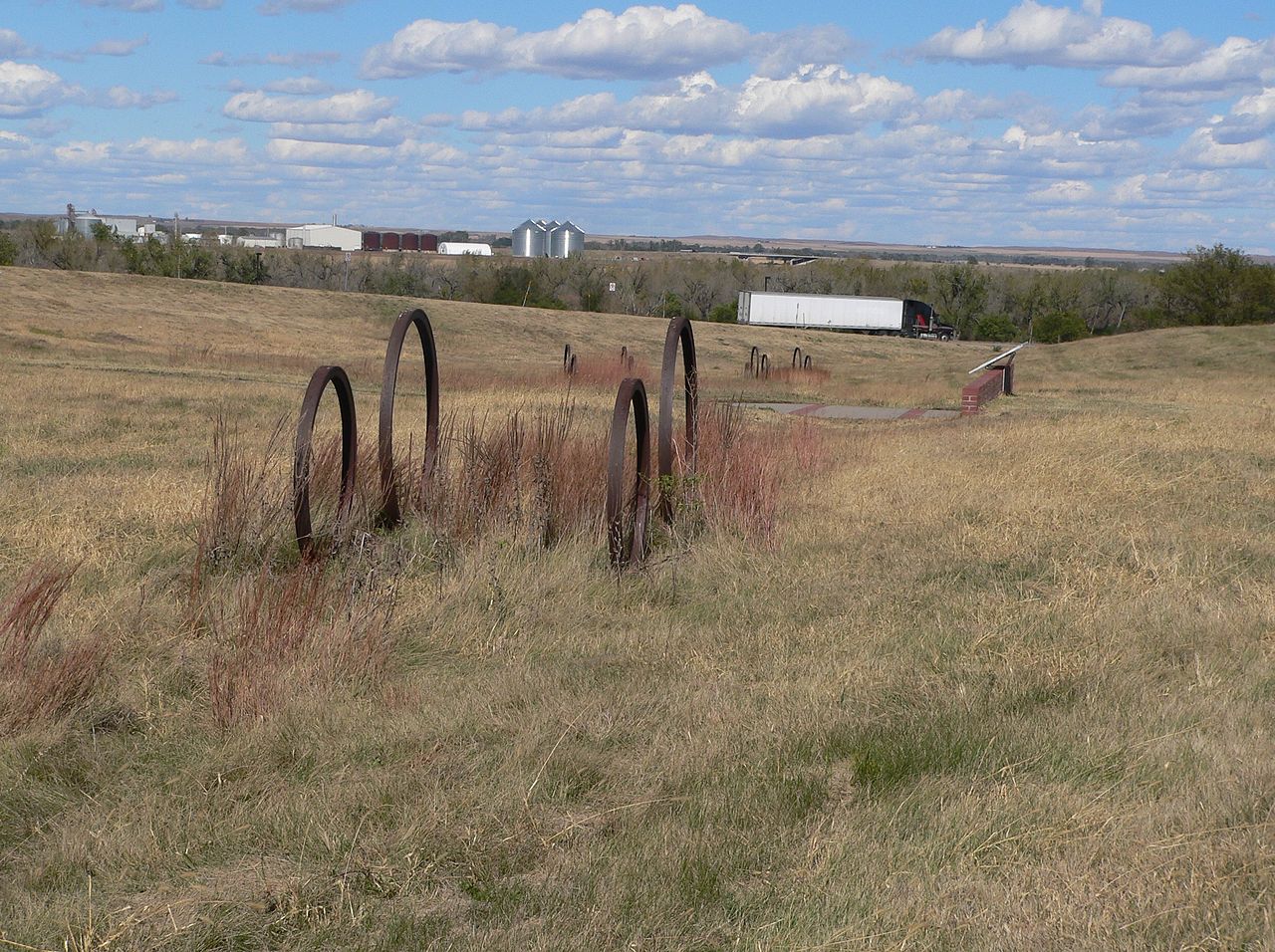 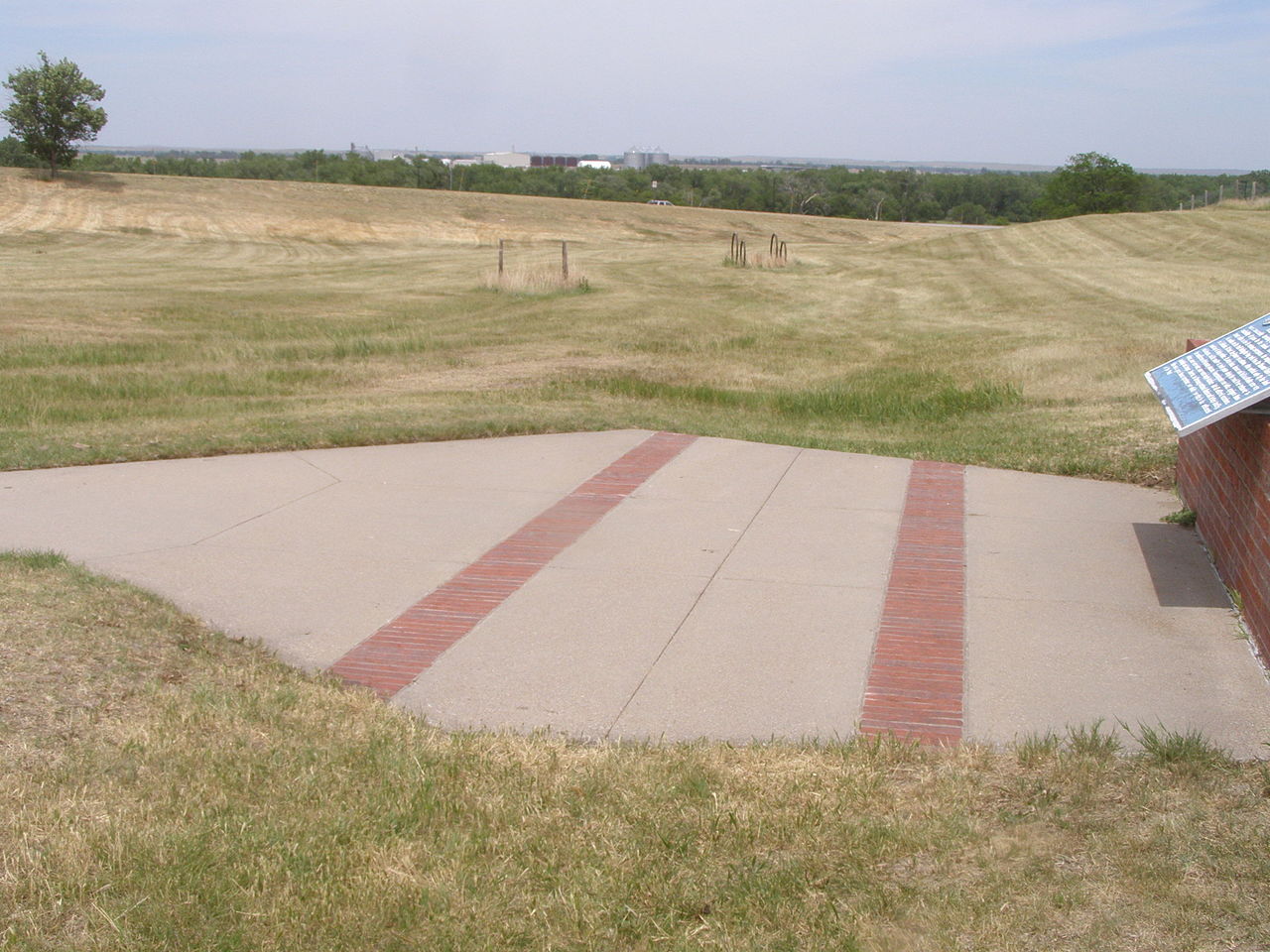 The origin of the name O'Fallons Bluff is unclear. According to a book published in 1907 (see below), it was possibly named after military officer Major Benjamin O'Fallon, whose uncle was William Clark—the explorer of the William and Clark Expedition. However, bluff could be named another man, a hunter, of the same name who was murdered here. Nonetheless, O'Fallons Bluff was an important stop for the pioneers as there was an overland station where they could obtain resupplies, especially wood and hay. There was a post office and stage station as well. The bluff was also a sort of choke point, where settlers had to merge into one lane. After the transcontinental railroad was finished in 1869, use of the overland trails began to decline. In the 20th century, highways eventually replaced the trails, often destroying most of them. When I-80 was built, much of the bluff was destroyed. Fortunately, the stretch here remains.