$60,000, five months, and 1,700 pounds later, "Reflect" by Heath Satow was unveiled in Rosemead on September 11, 2011. The sculpture depicts two hands made up of 3,000 stainless steel, somewhat ambiguous shapes resembling doves or angels and an I-beam from the wreckage of the World Trade Center Towers. "Reflect" was designed to represent the 3,000 lives lost to the terrorist attacks of September 11th, 2001. During these attacks, two planes were flowing into the Twin Towers of the World Trade Center, one crashed into the west side of the Pentagon, and the final plane crashed in a field in Shanksville, Pennsylvania. 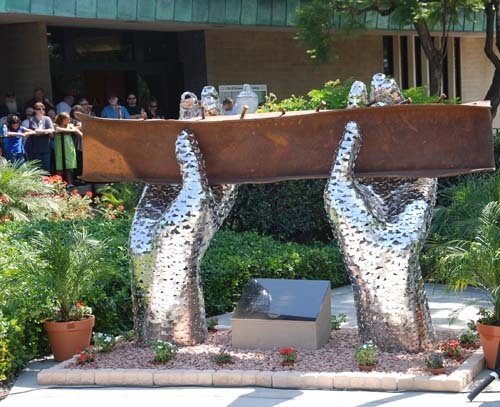 Heath Satow with his 9/11 Memorial Sculpture 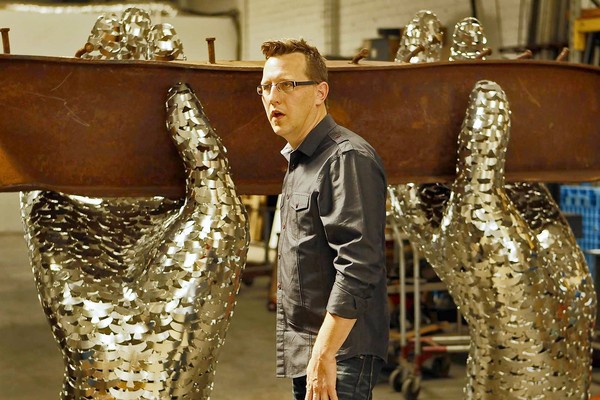 Inside a hand of the sculpture 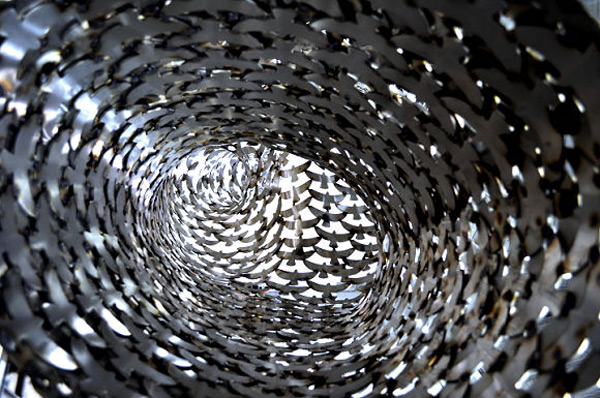 On September 11th, 2001 four planes from American Airlines took off as normal. But, midair these four planes were hijacked by members of the Islamic extremist group Al Queda. Armed with smuggled box-cutters and knives, these men took over the controls of the planes and began to guide them toward their suicide mission targets.

The first plane to crash was a Boeing 767 into the north tower of the World Trade Center (WTC) at 8:45am. This plane made contact at the 80th floor of the 110 story building. Immediately, many were killed and those below the 80th floor began evacuating while those above the 80th were trapped. Because of this incident, the south tower began evacuating as well. Unfortuanetly, at 9:03am, another Boeing 767 ripped through the sky and into the south tower of the WTC aroud the 60th floor.

At this point it was clear the crashes were no mistake, but while the nation was focused on New York, a third plane, a Boeing 757 crashed into the west end of the Pentagon at 9:45am. Nearly fifteen minutes after the attack on the Pentagon, the south tower of the WTC collapsed due to the heat from the thousands of gallons of burning jet fuel. At 10:30am, the north tower collapsed as well.

The fourth and final plane that was hijacked has a slightly different story. This particular plane was delayed in take-off and because of this delay, passengers learned of the events taking place in New York and Washington. Aware of their situation, the passengers fought the hijackers and in the midst of the battle, the plane was flipped upside down and sped to the ground at approximately 500mph. At 10:10am, the fourth and final plane crashed into a field in Shanksville, PA. All forty-four passengers were killed and while the intended target of the fourth plane is unknown; some theories include the White House, Camp David presidential retreat, or even the several nuclear plants along the East.