In the mid-1960's a small engraved plaque commemorating the death of Quentin Compson III was placed on the Anderson Memorial Bridge in Cambridge Massachusetts by three Harvard students. Compson is a fictional character created by southern author William Faulkner. In The Sound and the Fury, he is a student at Harvard who struggled to deal with his family's complicated past and who ultimately took his own life. The original plaque was knocked from the bridge during a construction project and subsequently replaced with another less elegant plaque, with the original wording changed. This plaque was also knocked off the bridge and once again replaced, with the original wording restored. Though lost and replaced twice since its original installation, the plaque continues to serve as a reminder of a great writer and his troubled yet influential character. 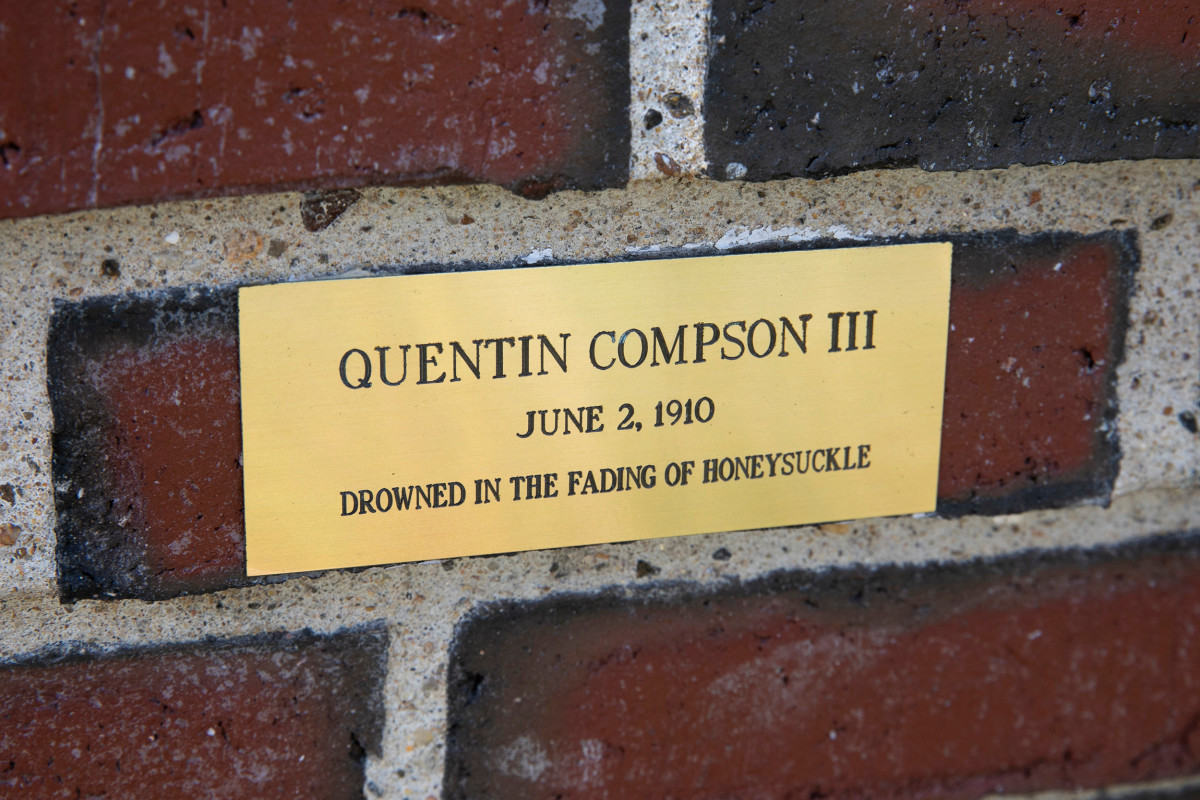 The restored plaque, after the original was knocked off my a construction crew. The word "fading" was replaced with "odour" 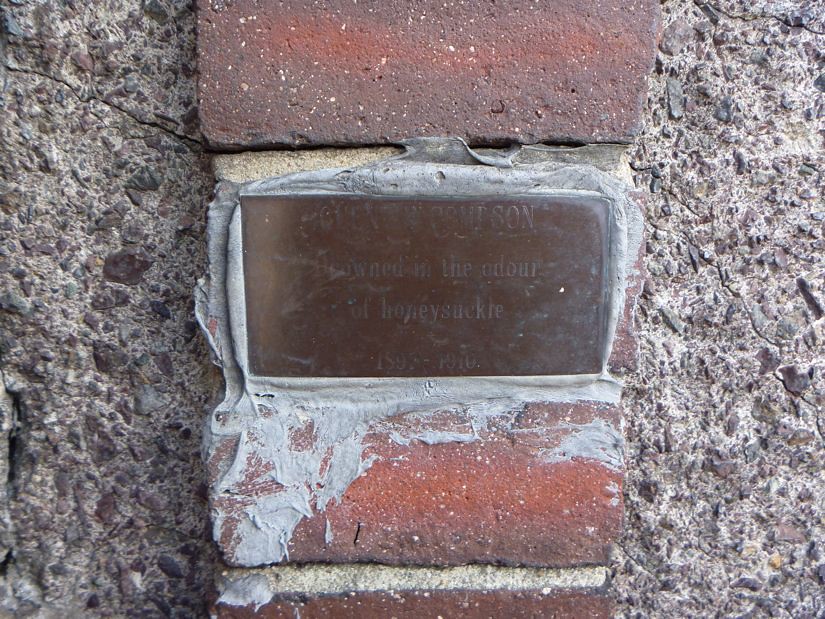 Quentin Compson III is a fictional character who appears in William Faulkner’s novels The Sound and the Fury and Absalom, Absalom!. In the former he is a Harvard student from a wealthy southern family. The novel follows his actions and memories from his past and traces how the stress and responsibility that he feels for his sister’s sins and illegitimate child ultimately lead him to take his life. On June 2, 1910 he jumps from what is now known as Anderson Memorial Bridge with flatirons tied around his ankles and sinks to the bottom of the Charles River (Bracken).

On June 2, 1965, the 55th anniversary of Compson’s literary death, a plaque was installed by Harvard students Stanley Stefancic, Jean Stefancic, and Tom Sugimoto, to honor Faulkner’s fictional character (Russakoff). The plaque read “Quentin Compson III. June 2, 1910. Drowned in the fading of honeysuckle” (Atlas Obscura) and was located at what was claimed to be the exact spot from which Compson jumped from the bridge in the novel. The plaque’s small size and inconspicuous placement were intentional, meant only to be found and appreciated by true admirer of Faulkner’s novel (Russakoff).

Thirteen years after its original installation the plaque was knocked from the bridge during a 1978 repair project, possibly falling — like Compson —  into the Charles River. A replacement plaque was installed in 1983 by an anonymous party (Siliezar). However, the replaced plaque read “Drowned in the odour of honeysuckle” instead of “Drowned in the fading of honeysuckle.” The new plaque stirred some controversy among the novelist’s dedicated followers, because it was less elegant than the original, and because the new word choice changed the connotation of the quotation. Rather than implying that the honeysuckle provided a sense of southern familiarity in the North, the new phrase made it seem as if Quentin Compson could not escape the troubles of his past even in a new place, far from home (see 5). The replacement plaque was again destroyed during another renovation project on the bridge, but was replaced in 2017 with the original wording (Siliezar).

While Compson was a fictional character, the plaque means so much more to the Harvard community (Baglione). Not only has it served as a hidden memento and the subject of scavenger hunts for Harvard literature students, but it has become a part of Harvard’s cultural landscape and reflects Harvard’s commitment to the arts and imagination (Baglione). The plaque has served as a source of inspiration for writers, students, and Faulkner enthusiast’s alike, through its commemoration of a great author and his troubled yet relatable character. The creation, loss, replacement and ultimate reinstatement of the plaque with its original quote, is a testament to the important place that literature, writers, and their characters hold in the lives and hearts of their readers.