The Cheney Brothers National Historic District is an area of Manchester built by the Cheney Brothers in the late 19th and early 20th centuries, during their most successful years as silk producers. The brothers ran some of the most profitable silk mills in the United States; rare for the time, they took the fortune they made from their success and turned it back into their community, creating a town in South Manchester that was comfortable and flourishing. Ward, Rush and Frank were early investors into mulberry tree farms when the mulberry (the primary food source for silk worms) was sweeping the state. When mulberry farming declined as a prosperous business, they stayed ahead of the game by coming up with new machines and innovative processes to produce silk. Their silk empire led them to open multiple factories and employ a large percentage of the town of Manchester. The brothers took much of their earnings and put it back into the town – they built homes, schools, churches and meeting halls for the residents. The town they created for their employees still stands today, and has been marked as a National Historic District.

Map of the National Historic District 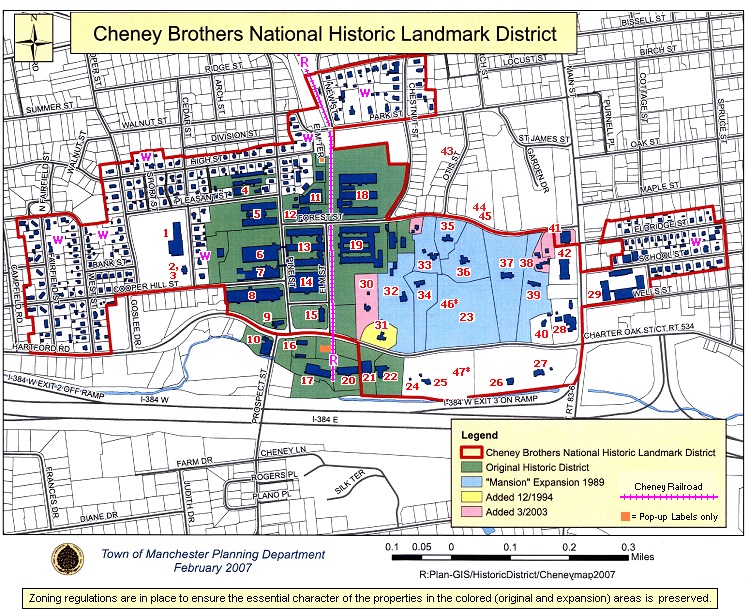 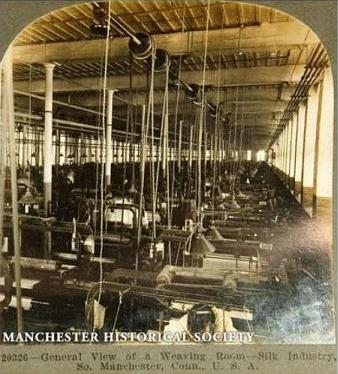 Cheney Hall, presently known as The Little Theater of Manchester at Cheney Hall. 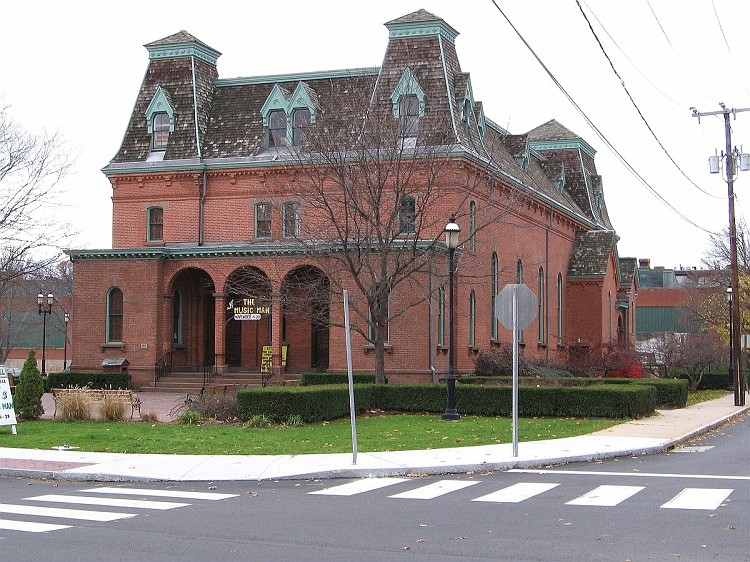 The Clocktower Mills apartment buildings; once, this building was a Cheney Brother silk factory. 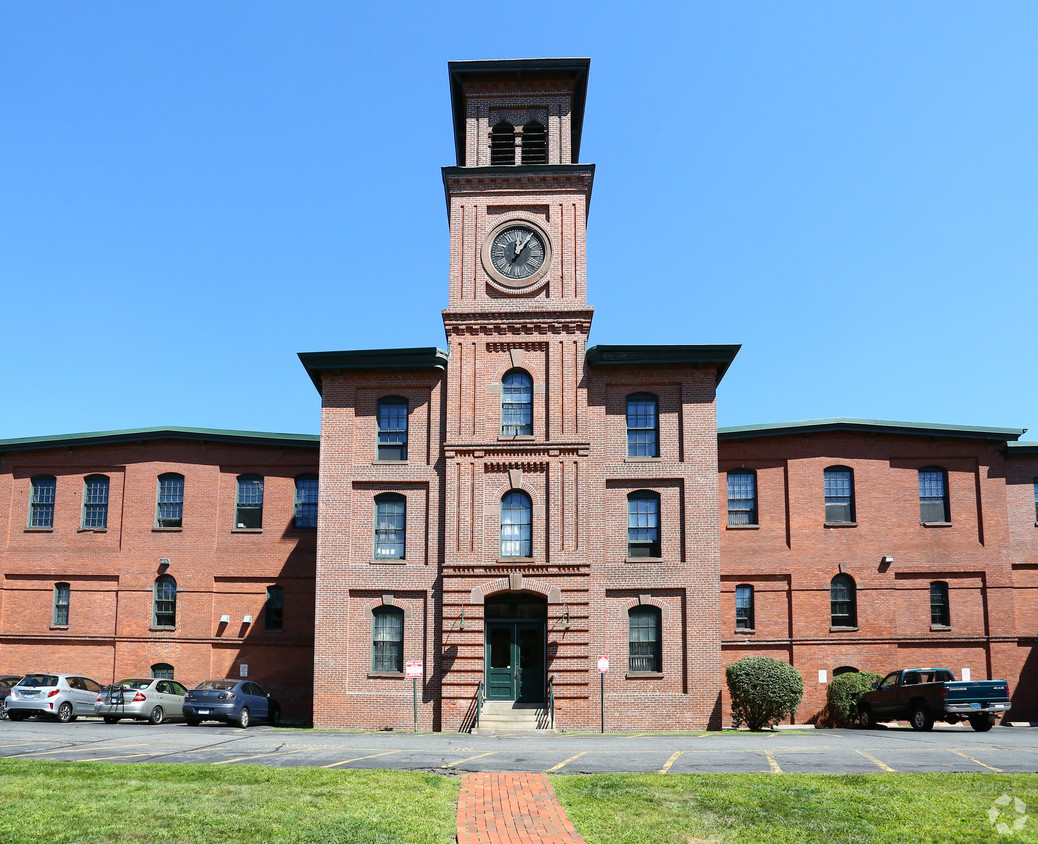 The Velvet Mills (now apartment buildings as well) photographed in 1915. 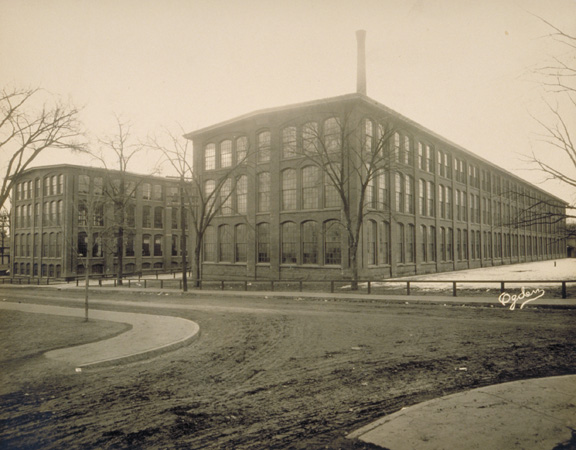 The story of Manchester, Connecticut cannot be told without including the Cheney Brothers. Though other industries started up in Manchester in the early 1800’s, it would quickly become known for its silk production. The Cheney Brothers were early investors into silk – more specifically, the mulberry trees that silkworms fed on. When the “mulberry craze” was over, much of the silk production in Connecticut slowed down, but the Cheney Brothers were just getting started. In 1836, the Cheney Brothers owned the vast majority of the remaining mulberry trees in America. Though they were not officially the first silk factory to open in Connecticut, they were certainly the first to be successful. Over the years they invented new machinery and methods for producing the most sustainable and efficient silk, and their innovation paid off. In 1855 they became the first silk producers to figure out a way to spin “waste silk” (silk that had been damaged in the cocoon); this marked the height of their success.

While it wasn’t uncommon for business owners to build lodging and amenities for workers in the area, it was uncommon to build them an entire community. By 1900, they employed 25% of Manchester and were still actively hiring incoming immigrants. The Cheney Brothers, known for their generosity and spirit of community, began building up the town. Besides building apartments for workers and mansions for themselves, the Cheney Brothers invested in the community. In 1866 they paid to build Cheney Hall, which would serve as a cultural hub for the town for decades. Cheney Hall hosted musical events, dances, and speakers, including presidents Cleveland and Taft, as well as Susan B. Anthony. It even served as the Manchester hospital during the flu epidemic of 1918. In 1904 the brothers built “Educational Square” for public education of the children in town. In the same year, they also built the first high school in Manchester. By the 1920’s they had either built or bought nearly everything involved in running the town, and were bringing in about $23 million in profit.

The Cheney Brothers were hit hard by the Great Depression – silk was a luxury, and sales decreased rapidly. A New York based company called Pioneer Parachute bought into the company to help them transition from silk production into more sustainable fabrics like rayon and nylon. These materials proved much more useful during the war, but the brothers still took the hit very hard. Between 1929 and 1933 they sold off almost everything in the town, including the schools, gas and electric buildings, the South Manchester Water Company, the South Manchester Sanitary and Sewer District, and the South Manchester Railroad. These buildings went to various buyers, and many ended up being sold back to the town in later years. The brothers filed for bankruptcy in 1935.

In 1978, the area that had once been occupied by the Cheney Brothers and their assets was established as the Cheney Brothers National Historic District. In 1981 Cheney Hall was donated back to the town of Manchester, and was restored about 10 years later. It now serves as the Little Theater of Manchester at Cheney Hall, a theater for local productions. Bennet Academy, still standing in Educational Square, serves as the Manchester public school for sixth graders. The original high school is now the Bennet apartments, and all of the original silk mills have been turned into modern apartments, many of which offer public housing. Other buildings, including the original Cheney mansions, are privately owned for housing. Much as the Cheney Brothers would have wanted, the National Historic District creates a true sense of history and community for the town of Manchester.