Built in 1927 for the California Transportation Company, the Delta King is a historic paddle-wheel steamboat (specifically, it is a type called a sternwheeler) that used to travel between Sacramento and San Francisco. It is 285 feet long and permanently docked on the Sacramento River. It now serves as a hotel, restaurant, and theater. The Delta King has a sister boat, also built in 1927, called the Delta Queen, which also sailed on Sacramento River before being used on the Mississippi Rivers and its tributaries (it is now a hotel and docked in Chattanooga, Tennessee). The Delta King is four decks tall and could accommodate 200 guests and freight. It opened to the public in 1989 and is listed on the National Register of Historic Places.

The Delta King, along with its sister boat the Delta Queen, was built in 1927. They transported freight and passengers between Sacramento and San Francisco until 1940. 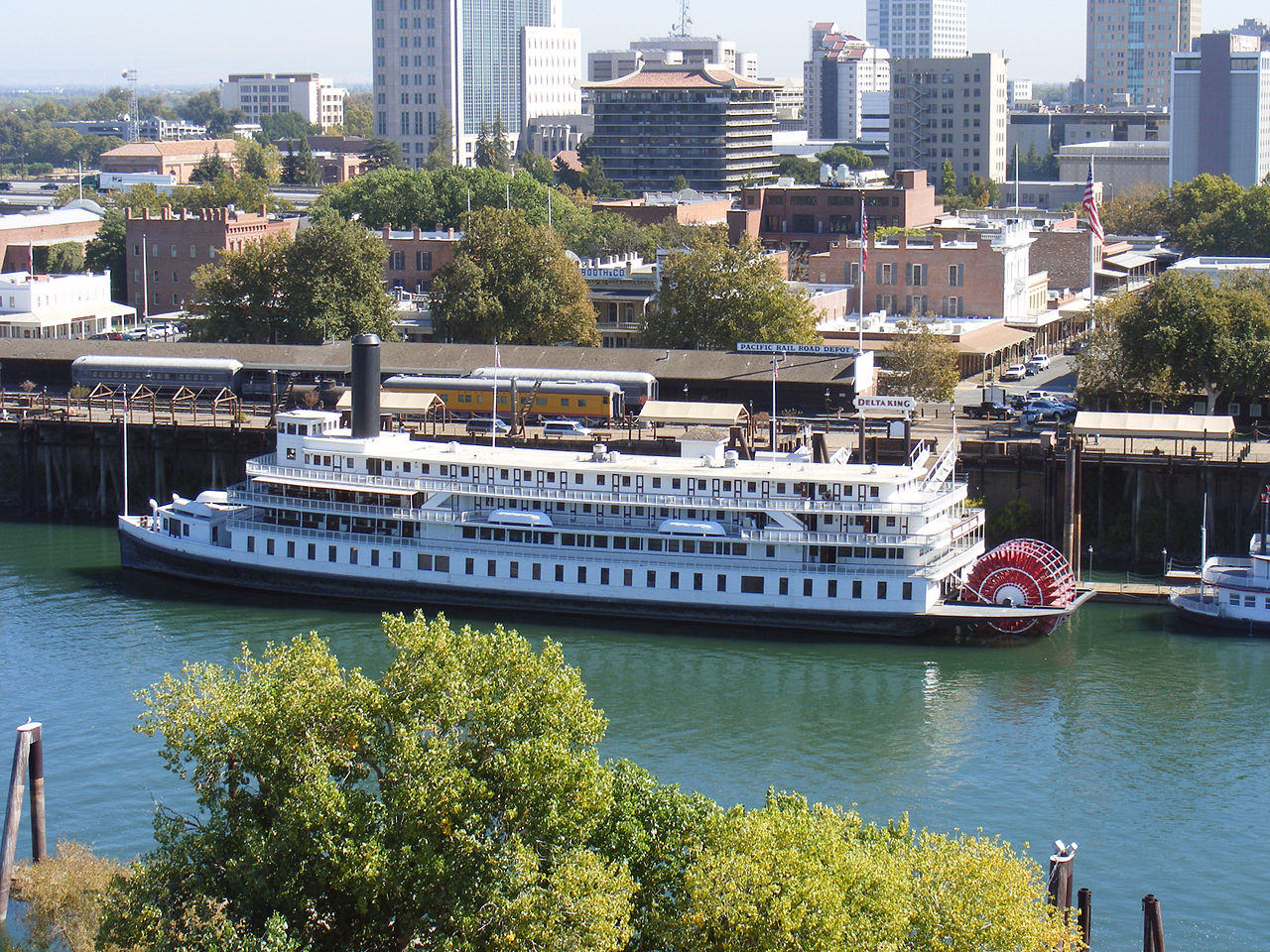 The Delta King fell into disrepair and even sunk into the water. It was restored in the 1980s. 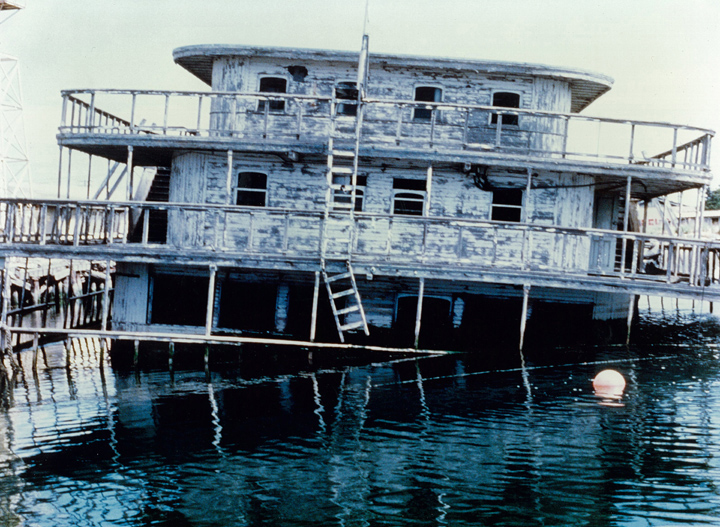 The boat now serves as a hotel, restaurant, and entertainment attraction.

By the early 1920s, the two steamboats operated by California Transportation Company (CTC) were aging—they were built in 1910 and 1912—and it was clear that they needed to be replaced. As a result, the company proceeded to build the Delta King and Queen and spared no expense to do so, as each cost $875,000, which was an enormous sum at the time. Construction began in 1924 in Glasgow, Scotland, where the William Denny & Brother’s Dumbarton company built the hulls and steam engines. These were disassembled and shipped to Stockton, California where they were rebuilt and the boats were completed.

Delta King officially started passenger and freight service on the evening June 1, 1927 in San Francisco and the Delta Queen the following evening in Sacramento. They operated at night and it took ten hours to travel between the two cities, passing each other at the halfway point at the city of Rio Vista.

Unfortunately for the company, the boats entered service at an inopportune time. On May 21, the Carquinez Bridge opened, linking the a highway between San Francisco and Sacramento. Driving between the two cities was faster and more convenient and as a consequence, the CTC lost business as did their competitors. The Great Depression made the situation even more difficult. Nonetheless, CTC and two other companies merged and made a small profit in 1932. Even so, the economic trends were clear: the steamboat era was ending as cars and trucks began to take over. The Delta King took its last trip on the evening of September 29, 1940 sailing from San Francisco.

This would not be end of the Delta King and Queen, however. The U.S. Navy acquired them in the fall of 1940 to be used as receiving ships (a houseboat where new sailors would stay before being assigned to other vessels). After the attack on Pearl Harbor 1941, the Navy used the King and Queen as floating barracks and then as a ferry to transport troops in San Francisco. In 1946, after the war, the boats were decommissioned. In the coming years, the Delta King had several owners and uses. In the 1950s it housed workers who built an aluminum plant and dam on the coast of British Columbia. Eventually, it ended up back in Sacramento by the late 1950s. It began to fall into disrepair and its ownership was in constant flux. Finally, the early to mid-1980s, it underwent extensive restorations and opened to the public in 1989.