The home of Alexander Majors was built in 1856. Majors had made his fortune in the freighting industry, hauling goods on the Santa Fe Trail, and the home was used as a headquarters for his company. He would later go on to start the Pony Express with his business partners. His business ventures ultimately failed, but the home stayed in the family for several decades. Today, the home is a historic house museum open to tours. 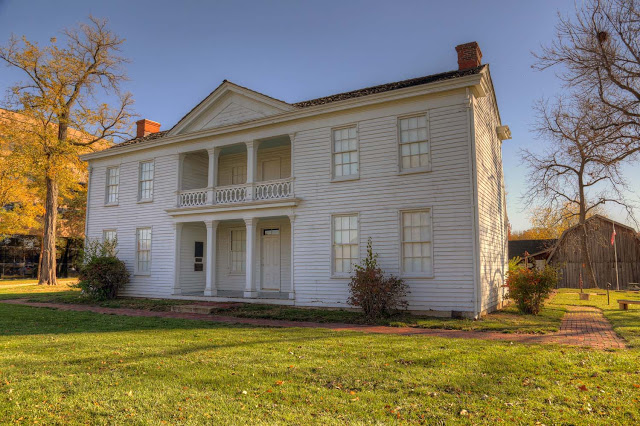 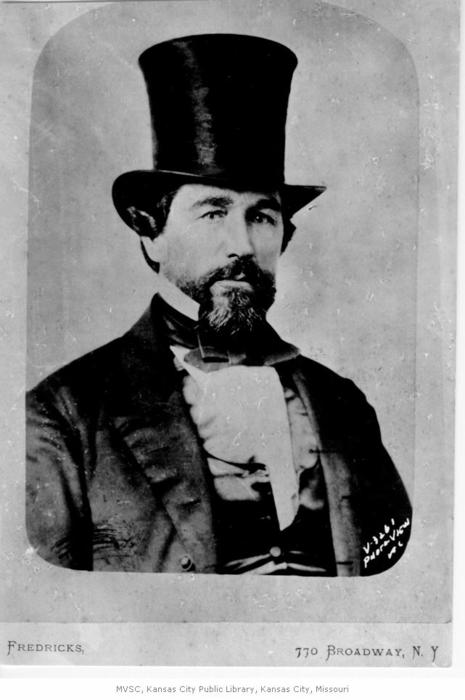 Side view, showing the unusual T-shape of the home 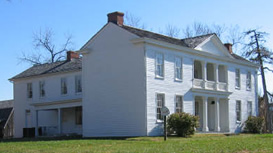 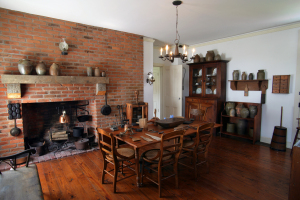 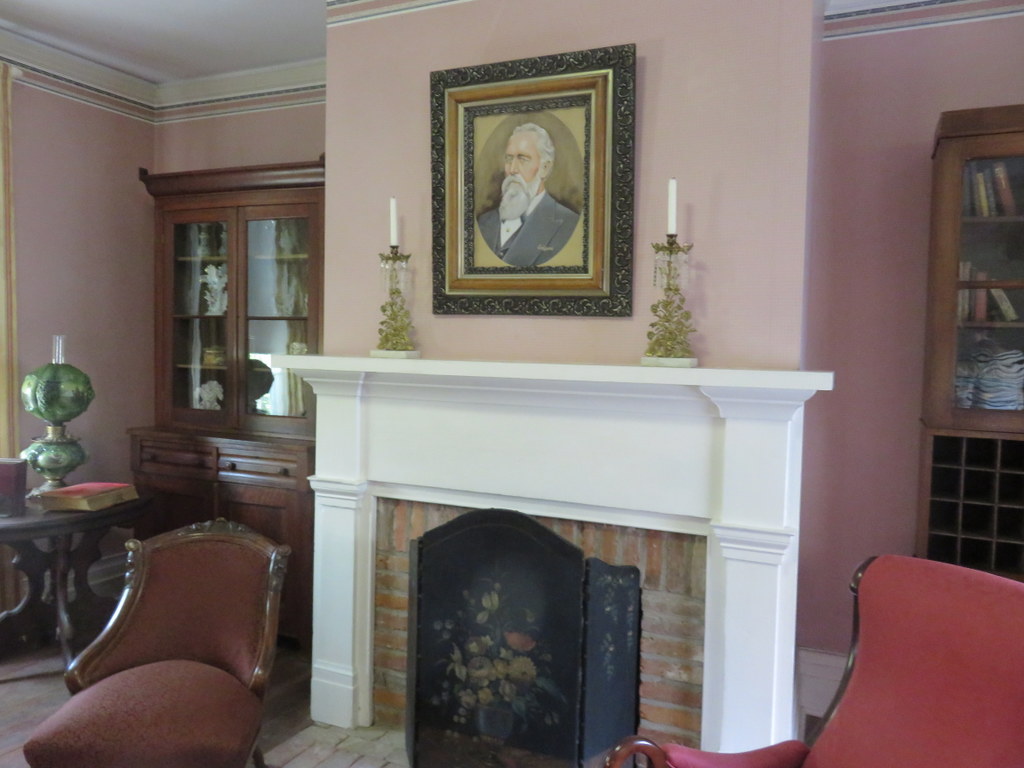 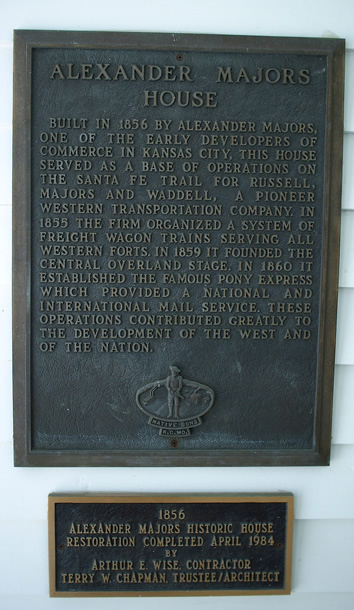 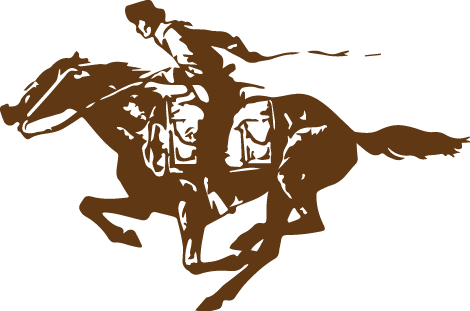 Alexander Majors was born to humble beginnings in Kentucky in 1814. His pioneering family moved to Missouri when he was four, and as a young man, he worked as a freighter, hauling crops and trade goods around Independence. In 1848, he was contracted to freight supplies along the Santa Fe Trail. He broke a record for the 1,600-mile journey, making it from Independence to Santa Fe and back in 92 days. [1] His reputation and fortune would grow as he led other large wagon trains along the trail.

In 1854, Majors partnered with William Russell and William Waddell to form Russell, Majors, and Waddell. The company became the largest freighters west of the Missouri River, employing more than 1,000 men with a force of 5,000 wagons and 40,000 oxen. [1] They were also a major supplier for the US military. However, Russell, Majors, and Waddell would soon change their focus from freighting to delivering mail, when they started a new venture known as the Pony Express.

The Pony Express has become legendary in American history with a famous image of a young man riding through the dangerous Wild West territory at full gallop on his noble mission to deliver mail between pioneer settlements. Celebrity William “Buffalo Bill” Cody worked on the Pony Express for a time, and his affiliation added to the romance. [2] In reality, the Pony Express was a financial disaster. Russell, Majors, and Waddell had already suffered setbacks on their freighting business thanks to wagon train raids, military conflicts in the West, and severe weather. It was expensive to set up and maintain Pony Express stations over vast distances. The partnership was deeply in debt, and the Pony Express closed after just 18 months in operation when the Pacific Telegraph Company opened a transcontinental telegraph line in 1861. [2]

Majors fortune was gone as quickly as it had formed. He tried to restart another freighting company after the dissolution of Russell, Majors, and Waddell, but this was rendered obsolete by the new Transcontinental Railroad. He also moved to Utah to try silver prospecting, but without any luck. In 1893, at the encouragement of his former employee William “Buffalo Bill” Cody, he wrote an autobiography, Seventy Years on the Frontier, and made just enough to live on until his death in 1900. [3]

Alexander Majors had this Classic Revival, oak frame home built in 1856. It was strategically placed between Westport Landing and the Santa Fe Trail, where Majors conducted most of his business. It was also directly on the border between Missouri and Kansas Territory, allowing Majors to avoid paying taxes using nearby leased land in Kansas Territory. [4] The home also acted as a headquarters for Majors freighting company.

Census records show that Majors owned slaves, and it’s likely that the house was built using slave labor. [4] The home originally had nine rooms, each with its own fireplace, with white pine floors and plastered walls. The home is built in a unique T-shape with a two-story recessed porch.

Just three years after it was built, Majors moved his family to Nebraska, and ownership of the home transferred to his daughter and son-in law, Rebecca and Samuel Poteet. It was sold in 1904 and additions were made by subsequent families. It was briefly used as a schoolhouse, but by the 1920s, the building was in poor condition. In 1930, Majors’ great-granddaughter Louisa Johnston purchased the house and made many improvements. Johnston lived out the rest of her life in the home and willed it to a friend, Terry Chapman. Chapman did more restoration work and opened the home to tours in 1984. In 2011, management of the property was merged with another historic home once belonging to John Wornall, to become the Wornall/Majors House Museums. [4] (See separate Clio entry about the John Wornall House Museum.) Tours are offered of the home, which features period furnishings. Visitors can also view a reconstructed barn and outbuildings on the grounds.

The Native Sons and Daughters of Greater Kansas City: https://www.nsdkc.org/alexander_majors

The Native Sons and Daughters of Greater Kansas City: https://www.nsdkc.org/alexander_majors_house