The four-building complex, which was built during the period of 1892 - 1906, stood as the home to the Page Belting Company. The factory produced belts for machinery, a coveted product during the Industrial Revolution. The Page Brothers patented several items that worked effectively in high-powered machines, making the product appealing to companies throughout the Untied States as well as internationally. 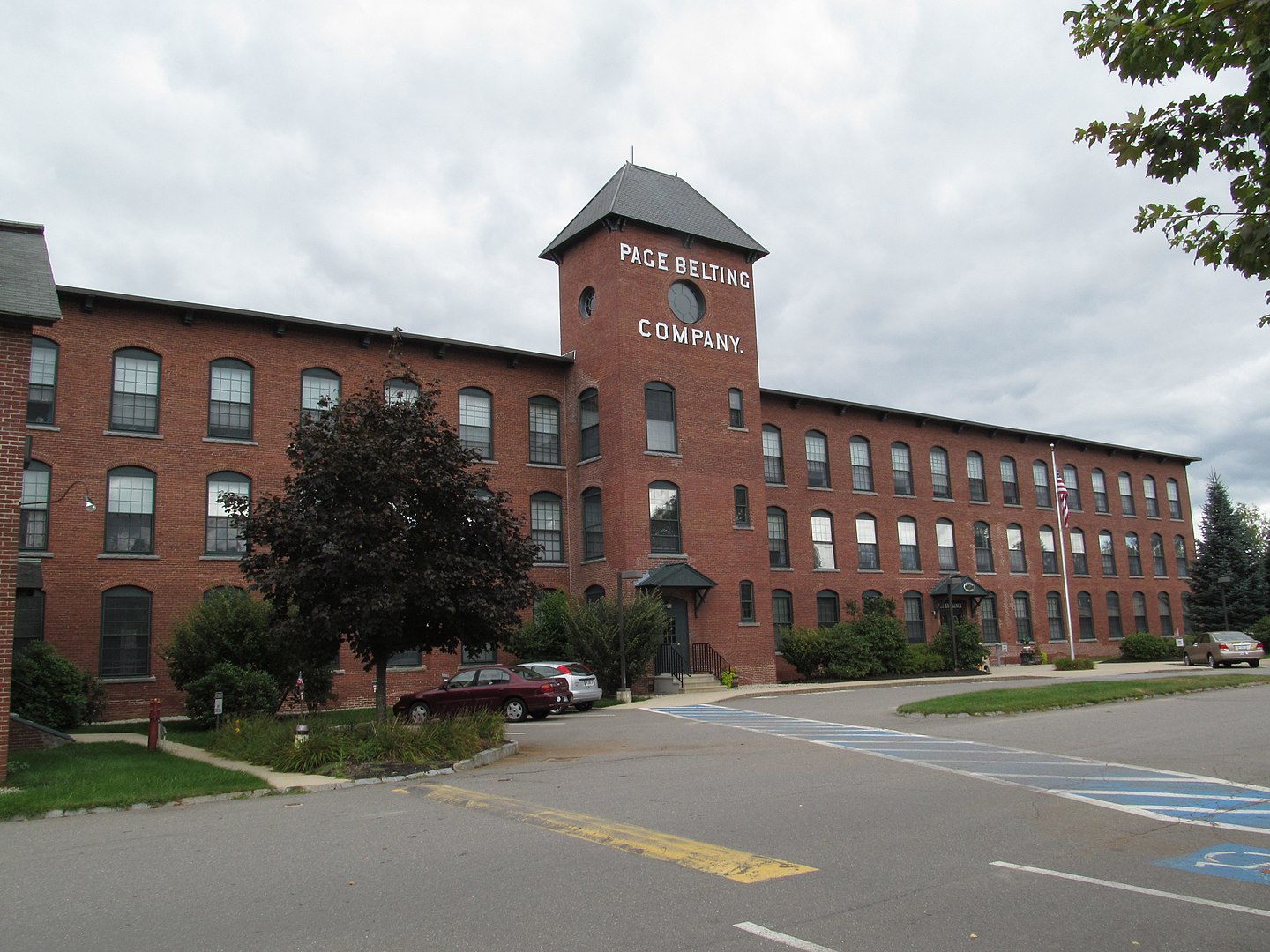 The Page Belting Company Mills consists of four brick buildings built in stages around the turn of the twentieth century (1892 - 1906) for the Page Belting Company (established in 1871), which produced leather strapping used in by factories for transmitting power. The historic complex, with buildings ranging from one-story to four-stories, replaced the company's original wooden-framed buildings and served the company until 1994. At its height, the company was the city's largest, serving several parts of the nation as well as international markets.

During the 1820s, machines powered by a belt and pulley system appeared in New England, which replaced cast-iron gearing and even hand-cranked machines. The belts, made of leather, first appeared in Lowell, Massachusetts, in 1828 and then later in New Hampshire during the late 1830s. But he industry got its main boost during the 1840s when high-speed turbines slowly replaced waterwheels in the 1840s; the leather belts proved more capable of handling the higher power provided by the turbines. The Page Belting emerged as part of that trend in machinery after the Civil War, both helping, and being helped by, the Industrial Revolution. Operations commenced in the 1870s for the Page Belting Company in wood-frame buildings. But, by the 1890s, it became clear that stronger structures were needed, notably as the company grew.

In 1889, the company developed and patented the waterproof Acme link, which was not only adjustable but suitable for heavy-duty machinery partly because it relied on steel pins rather than glue. The company went on to patent several other types of belts, including those used in the growing garment industry around the turn of the twentieth century; the company produced upwards of five million feet of belting annually with much of it used in Singer sewing machines.

In only a few short years after starting production, the Page Belting Company actively advertised and opened sales offices in San Fransisco, Portland, Chicago, New York, Boston, and Chattanooga. In 1893, the company made a big splash at the World's Fair in Chicago (Columbian Exposition) when it received the highest award for belting. To prepare for the Chicago event, the company produced the largest belt ever produced: 8 1/2 feet wide and 203 feet long and weighing 5,176 pounds; the belt required 569 cattle hides. The attention garnered at the World's Fair not only boosted the company's domestic output but also allowed the company to expand internationally. Indeed, at its apex, the company grew to become the city's largest.

The Fair also helped the company grow because, while attending, the Page brothers learned about the newly developed alternating current (A.C.) electricity, which they employed at their plants. The growth of the Page Belting Company complex during the fourteen years of construction speaks to the company's expansion as well as its modernization.