Constructed between 1936 and 1937, this was the home of Dr. Glenn Rayner Frye (April 29th, 1894 - September 9th, 1973) and his wife, Barbara Kathryn Aderholdt. In 1922, Dr. Frye was hired at the local Richard Baker Hospital, which he would later purchase and expand in 1934, and he chose this property due to it being within walking distance to the hospital. The building is a two-story Colonial Revival-style home with an accompanying frame garage and is the only building in Hickory which utilizes locally mined slate stone. When Dr. Frye passed away, the hospital was renamed the Glenn R. Frye Memorial Hospital to honor Frye's dedication to providing quality healthcare to the citizens of Hickory. The Frye family home was added to the National Register of Historic Places on August 5th, 2009, for being a well-preserved example of a Colonial Revival-style home and for being one of a small number of these homes rendered in stone. 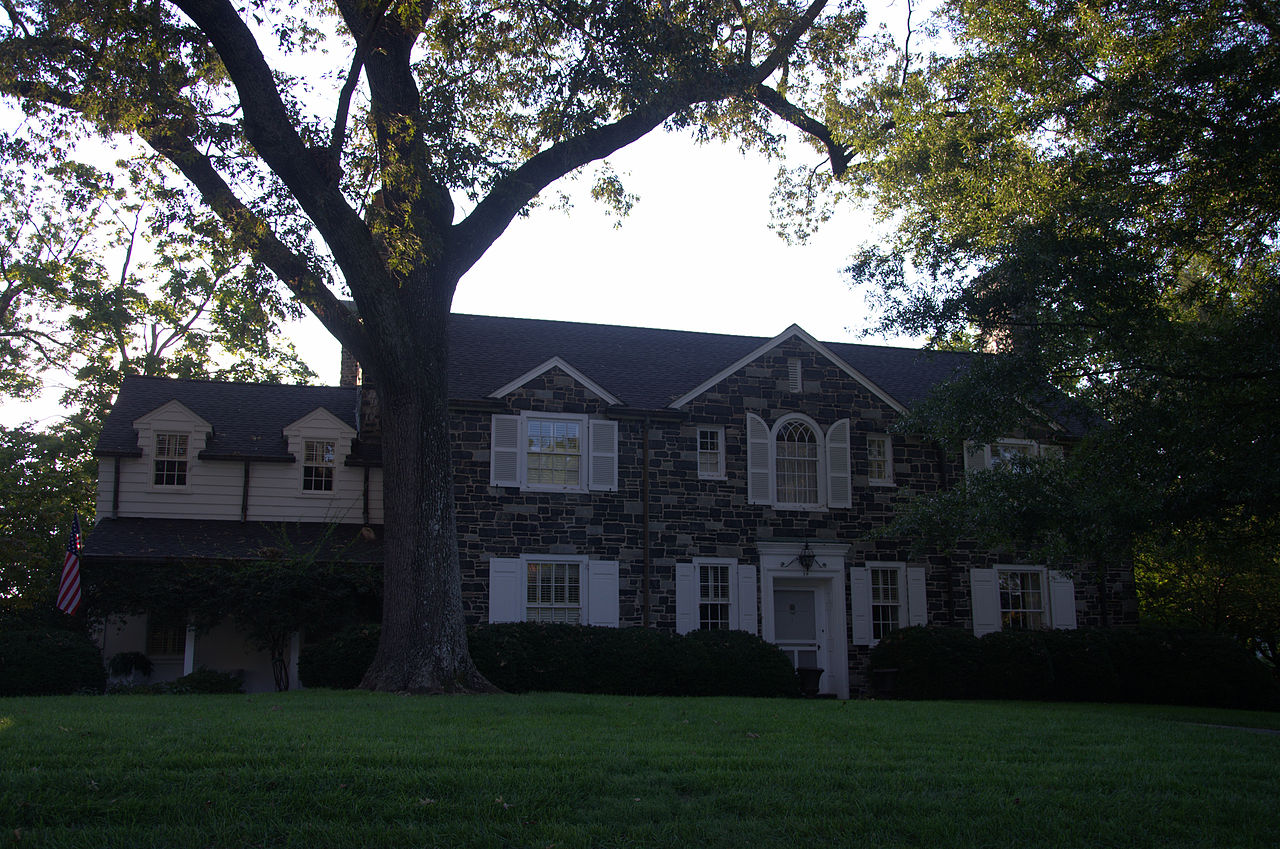 A postcard of the Richard Baker Hospital where Dr. Frye was hired in 1922 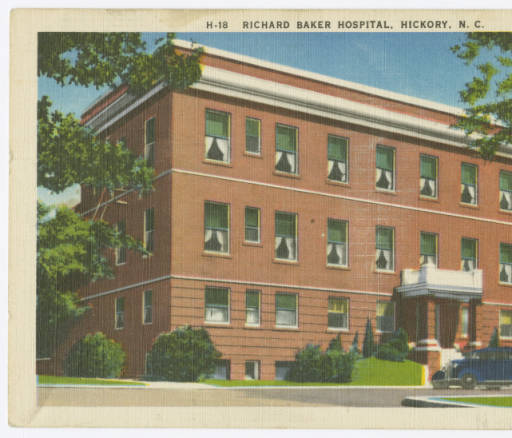 Dr. Glenn Rayner Frye, was born the youngest of twelve siblings on April 29th, 1894, to Eli Davidson and Mary Rayner Frye. The family lived on a small farm in Statesville, NC. Upon graduating from high school, Frye matriculated into Lenoir-Rhyne College in Hickory, NC, where he the woman who would become his wife, Barbara Kathryn Aderholdt. To complete his medical training, Frye continued his studies at the University of North Carolina of Chapel Hill and the Jefferson Medical College in Philadelphia, Pennsylvania. By 1922, Dr. Frye was hired on as a general practitioner at the Richard Baker Hospital, which was opened in Hickory, NC, in 1911 by Dr. Jacob Shuford and named after the surgeon Dr. Richard Baker, and Frye married his wife in November of the same year. Dr. Frye would become one of the leaders of the Richard Baker Hospital in 1928, and, in 1934, he would purchase the building from Dr. Shuford and expand the building. When Dr. Frye died on September 9th, 1973, the Richard Baker Hospital was renamed the Glenn R. Frye Memorial Hospital to honor Frye's dedication to providing quality healthcare to the citizens of Hickory.

Though Dr. Frye's job required much of his time, he still volunteered for humanitarian and philanthropic causes, which helped solidify his status as an outstanding citizen of Hickory, NC. Likewise, his wife, too, devoted her time to volunteering for the church and for holding leadership positions in the local community, further cementing the Frye family's reputation for good.

Dr. Frye had four children: Mary Kathryn, Martha, Ruth, and David, who was prematurely born on July 7th, 1931, and passed the following day.

In 1936, Dr. Frye bought a lot of land within walking distance of the hospital, which would ultimately hold the Frye family home. Robert L. Clemmer, a well-known local architect, planned the design of the family home in the Colonial Revival-style and finished construction of the building and accompanying frame garage on October 2nd, 1937. The Frye home is the only building in Hickory which utilizes slate stone that was locally mined and is only one of a small number of Colonial Revival-style houses in Hickory, NC, rendered in stone. For this reason, the home was added to the National Register of Historic Places on August 5th, 2009.