At just 20 feet tall and very small compared to most lighthouses, the Trinidad Head Light doesn't need to be any higher as it is perched on a bluff that is 193 feet above the ocean. Built in 1871, the light is still an active navigational aid; its light is visible 14 nautical miles (16 miles) away. The fog horn is located inside the old bell house, which is situated a bit down the coastline. The original bell is on display next to a replica of the lighthouse, which can be found in a memorial park that affords great views of the bay. The lighthouse is named after the large, dome-shaped piece of land that juts out from the mainland and forms Trinidad Bay. Visitors can hike to the lighthouse via the Trinidad Head Trail. It appears that it is occasionally open to the public.

Trinidad Head Light station as it appeared in 1955. 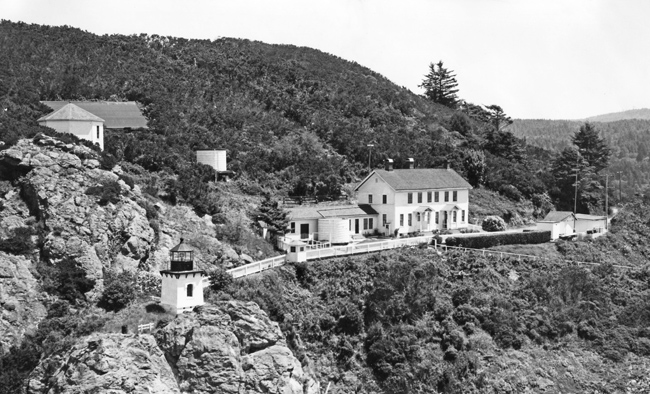 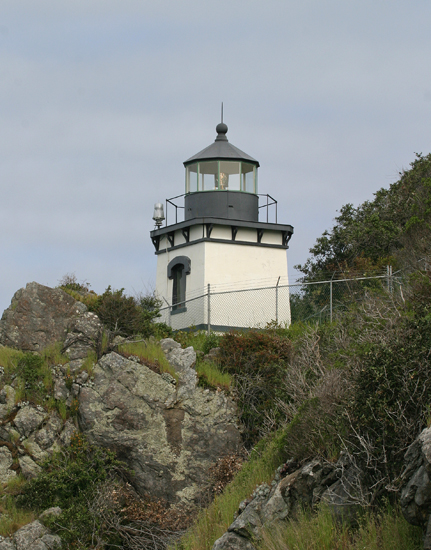 The old Bell House is located fairly close the lighthouse. 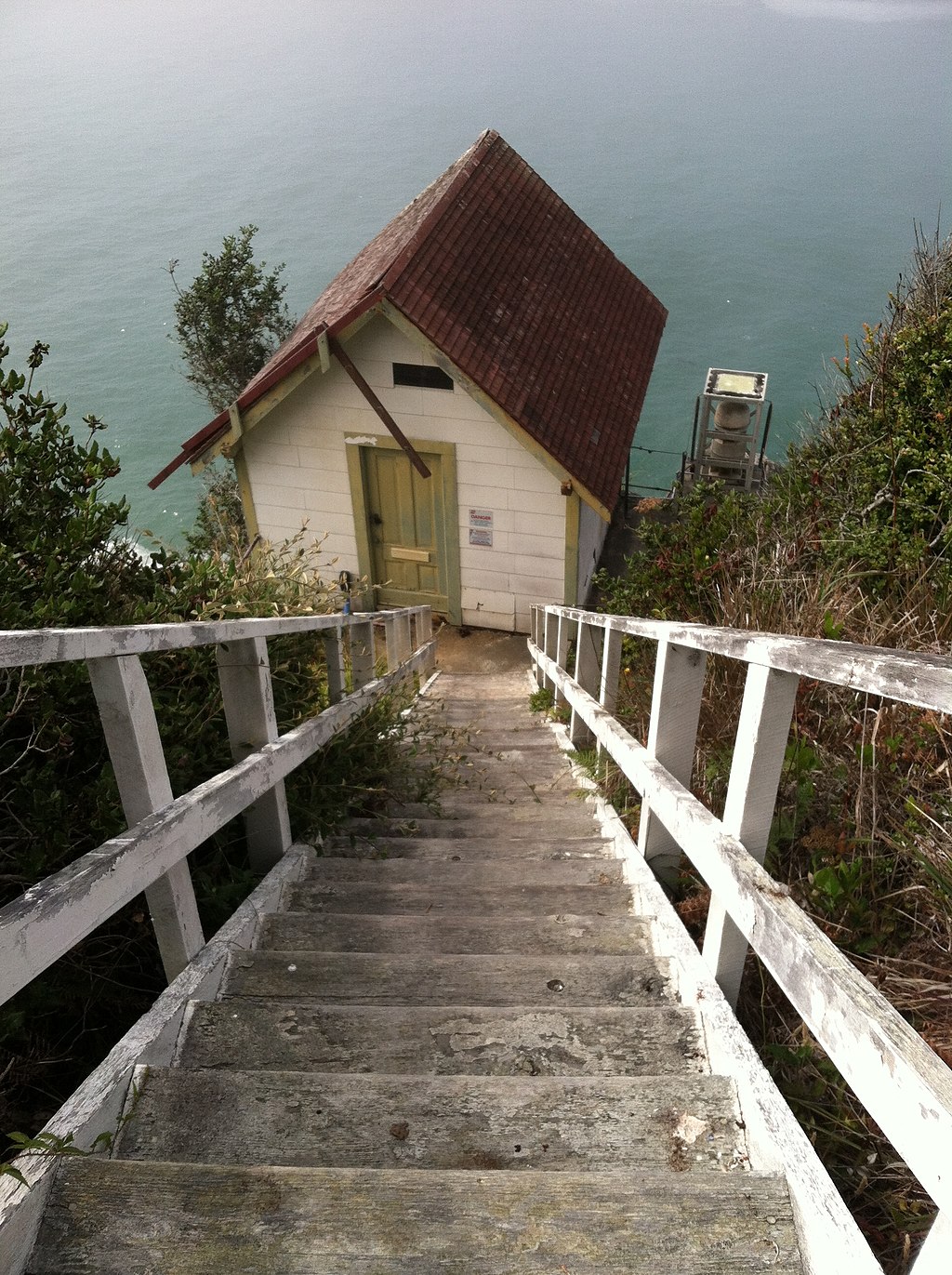 The lighthouse as it appeared in its early years. 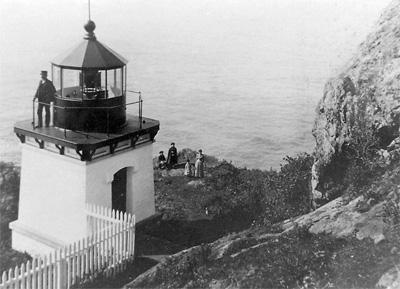 Funds for the lighthouse were granted in 1860 but it was not built until the spring of 1871. Its original main purpose was to help ships navigate in and out of the Trinidad Bay. At the time, the lumber industry was taking off; sawmills were built in coastal towns, including in Trinidad. The light helped ships involved in the industry navigate the water surrounding the town. The bell, which weighs 4,000 pounds, was located 50 feet below the light and operated by a clockwork mechanism that wrung it at regular intervals. The keeper's dwelling was located about 50 yards from the light. The most notable event associated with the lighthouse occurred in late December 1914 when a massive way struck Trinidad Head. Remarkably, the wave was so high that it reached the balcony of the lighthouse, causing the entire structure to shake and stopping the light from revolving.

The U.S. Coast Guard took over the lighthouse in 1939 and continued to own it until 2014 when they transferred it to the Bureau of Land Management. The lighthouse was finally electrified in 1942. Five years later, compressed air horns replaced the fog bell and a new light and lens were installed. The Coast Guard tore down the keeper's house in 1960 and built new housing. The light was automated in 1974 but Coast Guard personnel remained on the property until 2000.