Pease Park was established in 1875 by former governor Elisha Marshall Pease when he deeded the majority of with land to the city of Austin, with the objective to give the people of Austin a public park. Consisting of 84 acres of public green space, Pease Park has the mission to “celebrate the diverse ecology and history that makes Austin’s first public park valuable and unique.” It provides the home to many art pieces and community events, such as David Deming’s “The Mystic Raven,” and the annual community event called “Eeyore’s Birthday Party.”

Black and white image of the Mystic Raven in Pease Park 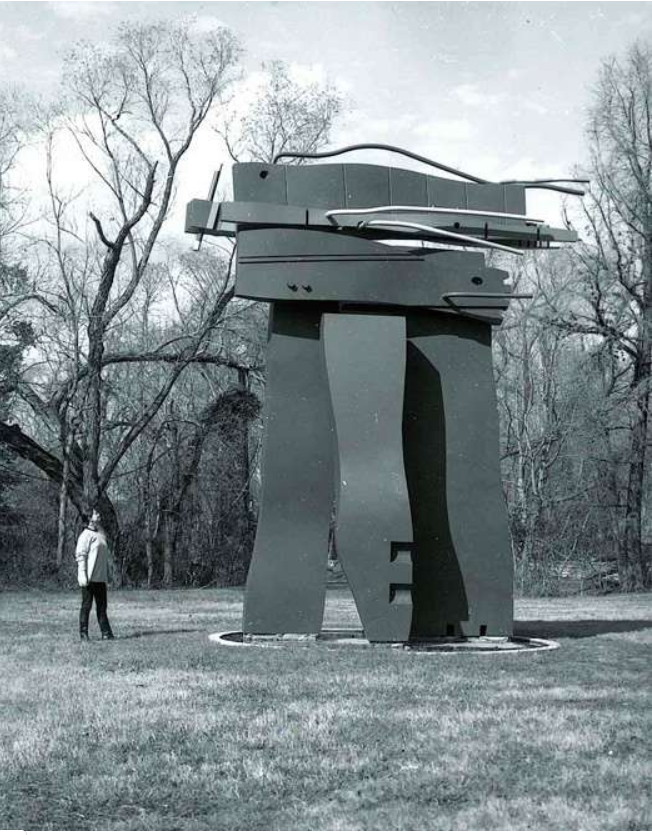 Colored photo of the Mystic Raven in Pease Park 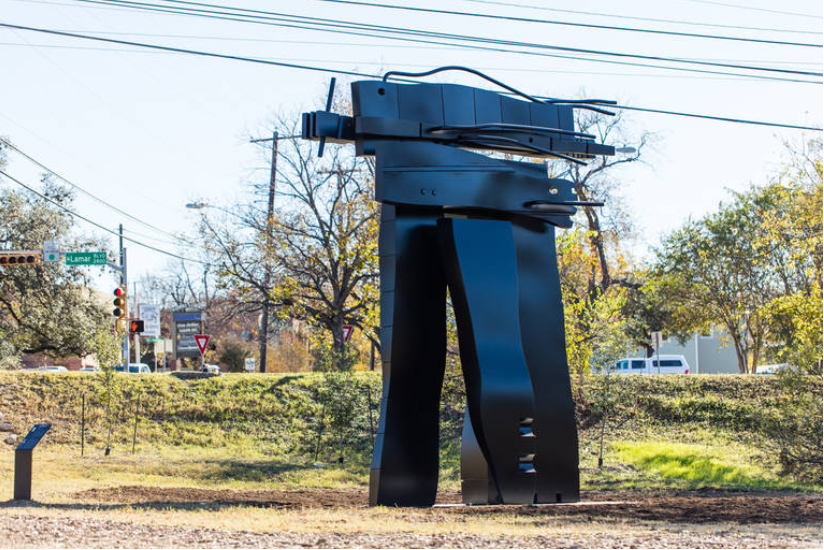 Close up picture of the Mystic Raven details 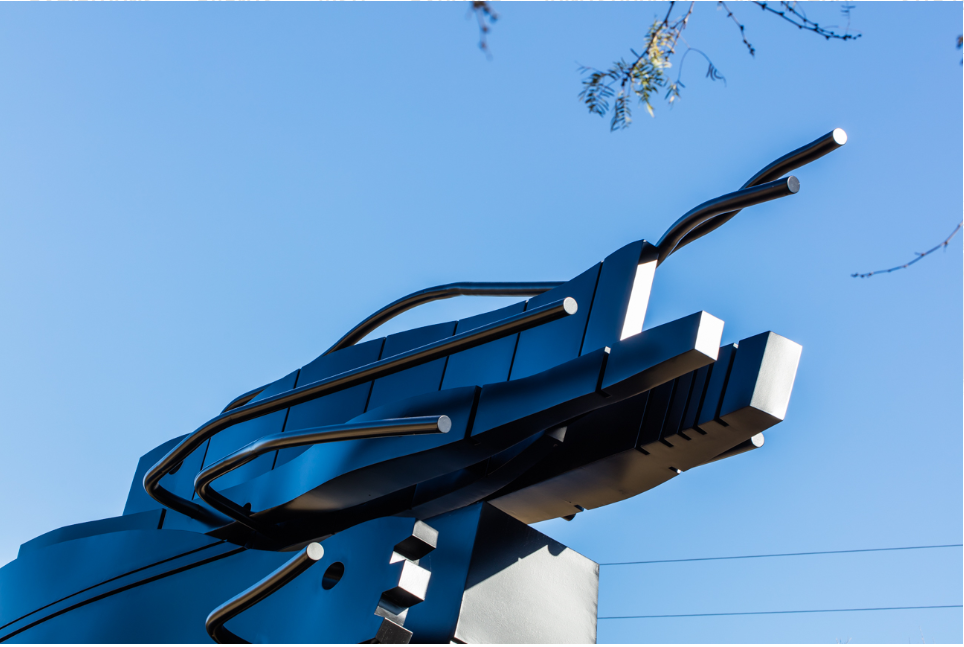 Eeyore's Birthday Party in the 1970's 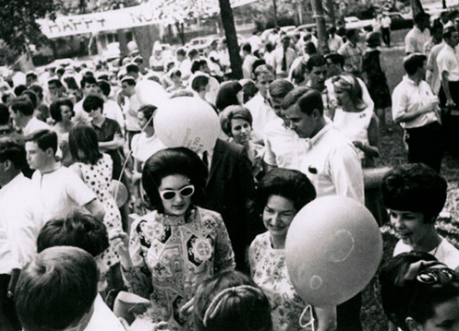 Eeyore's Birthday banner during his 2010 party 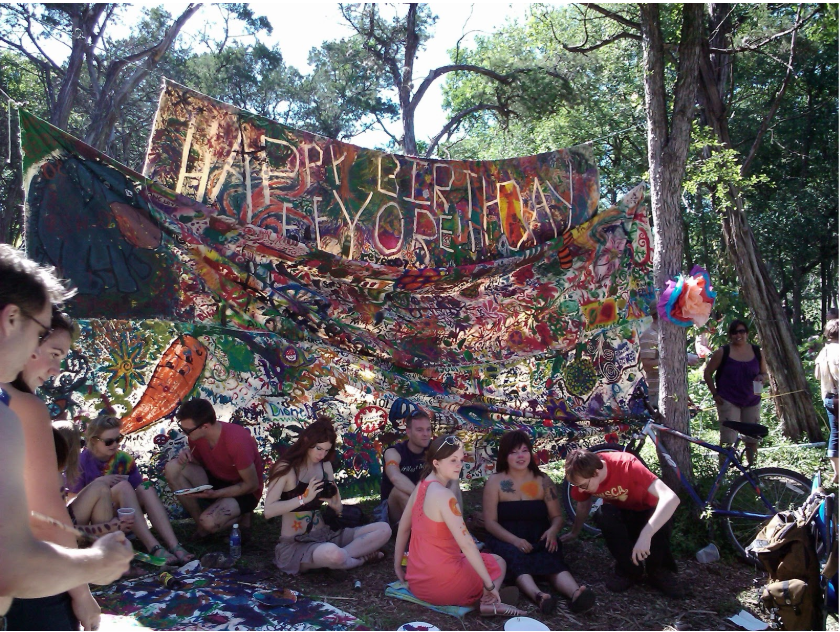 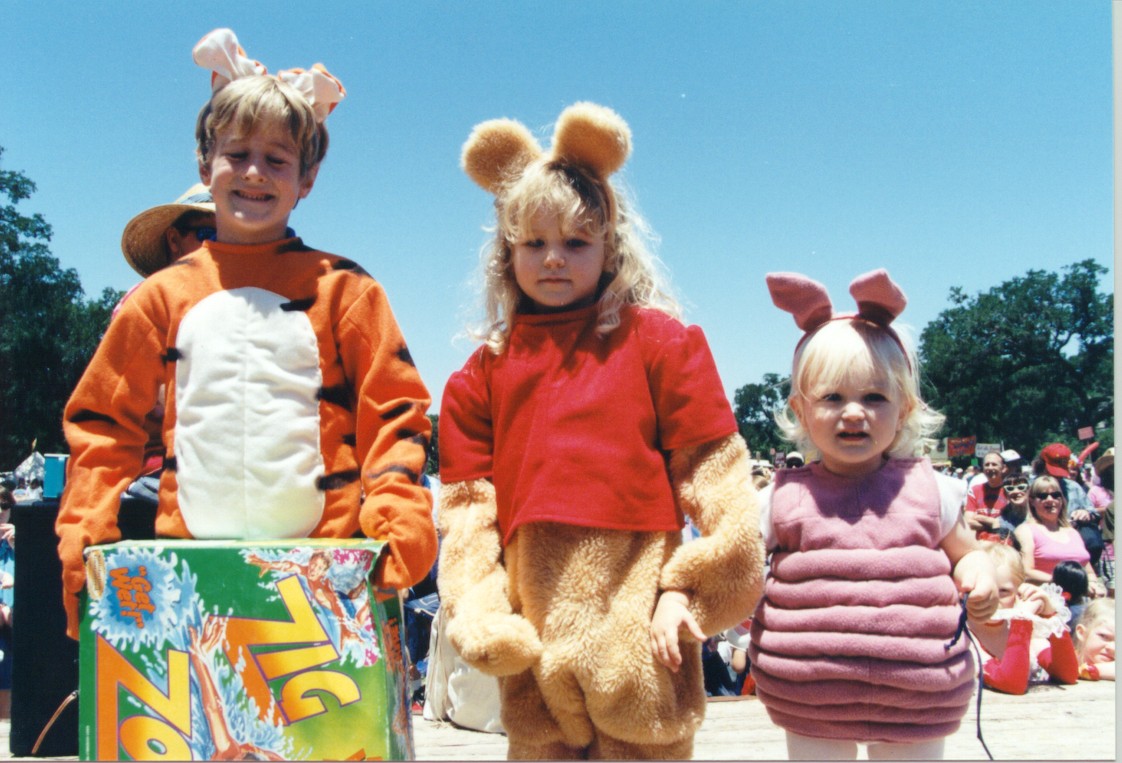 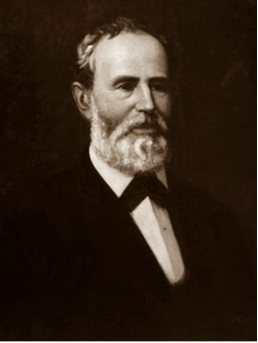 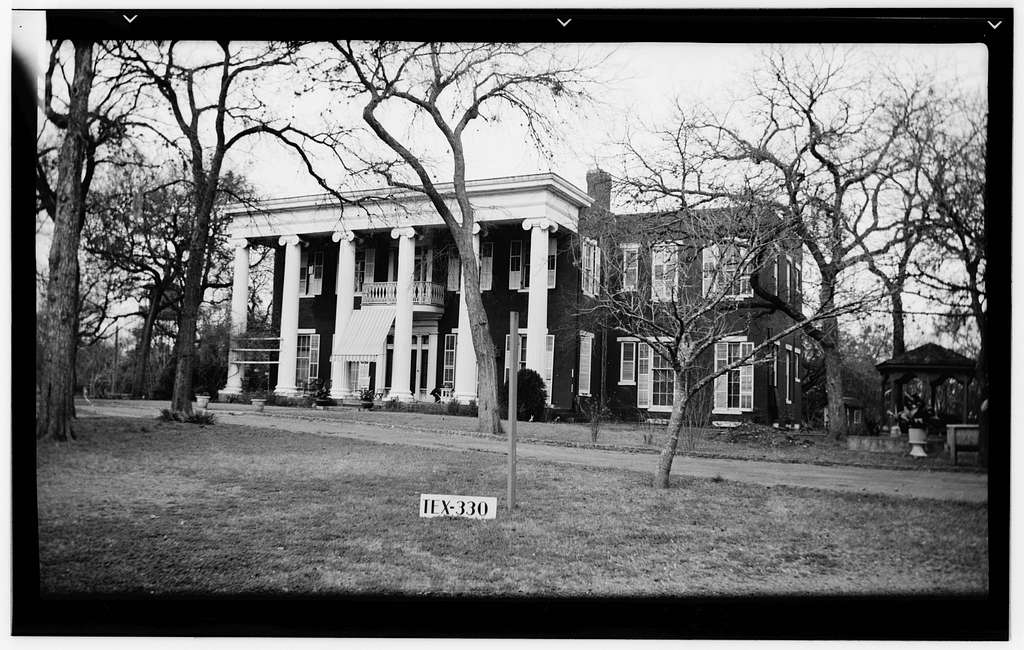 Pease park used to be a part of a 365-acre Woodlawn Plantation owned by former Governor Elisha Marshall Pease back in the 1800s. In 1835, when he was only twenty-three, Pease moved to Texas as an attorney with an eye on entering politics. Pease was elected governor in 1853 and again in 1855. He strongly supported the Union cause during the Civil War, and he went on to become the leader of the Republican Party in 1867, successfully becoming the state governor for the second time in his life. Unfortunately, Pease couldn’t handle the stresses of his work and resigned in 1869. Six years later Pease deeded 23-acres of land to the people of Austin for the use as a public park. In 1926, the Austin Kiwanis Club put in work to beautify the park. After its beautification, Pease thrived with parties, concerts, Easter egg hunts, and many other public and private functions. 1

Today Pease Park consists of 84 acres of public green space and has the mission to “celebrate the diverse ecology and history that make Austin’s first public park valuable and unique”. In order for this to be accomplished, the Pease Park Conservancy is still working on restoring, enhancing, and maintaining the public green space. In order to help Pease Park maintain the environmental impact it has on the city of Austin and arguably on society, key sustainability plans and initiatives are taking place. In 2019, Austin Parks and Recreation Department began developing “Kingsbury Commons,” a project that panned to create a new “welcoming front door” to the park, as well as an intended recreational heart and cultural soul. A maintenance agreement has also been also carried out in Pease Park in order to create a public partnership that will serve as a model for conservancies across the country and to also ensure that urban green spaces will be restored and maintained for sustainable use. 2

Not only is the park a community green space but it is the home of many art pieces and community events. It holds not only temporary art exhibits but is the current home of the “Mystic Raven,” a large public art piece standing at the edge of the park. In addition to art, Pease Park is used as a place for community events, the most famous being Eeyore’s Birthday Party, a long-standing, annual, Austin tradition.

“The Mystic Raven” also suggests a combination of a human figure, a machine and the spirit of a bird: “This dark, abstracted form depicts a bird in the convid family, which includes grackles, crows, and ravens, common in large cities”-David Deming 6

Destinations of the sculpture

This sculpture was originally commissioned for an office building located on Congress Avenue, downtown Austin. 7 In the early 1990’s, “The Mystic Raven” was moved to Laguna Gloria, only to be moved again in 2013, following a restoration, to Pease Park as part of the Contemporary Austin Museum’s Museum Without Walls. 8

Eeyore’s birthday party is an annual Austin tradition that started in the spring of 1964. It is celebrated in the heart of Pease Park on the last Saturday of April, and the park is filled to the brim with vendors, music, games, family activities, and people dressed up in costumes. The modern version of this celebration acts as a fundraiser for many of Austin local charities and is operated by the Friends of the Forest, but this is a result of over half a century of evolution. 9

The celebration started as a reason for some University of Texas at Austin English major students to play hooky with their friends on May 8th, 1964, originally taking place in Eastwoods Park. The students were studying the works of A.A. Milne at the time and read that Eeyore was sad because his friends forgot to throw him a birthday party, so the students took it upon themselves to throw him one. 10 The group was small, but they wanted to extend the invitation out to UT Austin administrators, professors, students, and newspapers alike to get the word out about Eeyore’s party. The invitation listed the names of the many creators, as well as the directions to the celebration. The first birthday party offered free beverages, cake, maypole activities, and encouraged attendees to bring red balloons, Eeyore’s favorite. 11

Eeyore’s Birthday continued to grow in popularity and strangeness, with one reporter of the Austin American, John Kelso, criticizing how the celebration had lost its original sentiment during the ‘70s. He wrote about his experience attending the 1978 Birthday Party, claiming he saw a young woman take her bra off during the costume contest to get more points from the crowd and that he saw a man in a frog costume having a “hard time getting a joint to his lips because it was a long way from the beginning of his make-believe frog mouth to the starting point of his real one”.12 He wanted to emphasize how far the festival had drifted from the original, wholesome, if odd purpose, but the decade was an important period of growth for the festival and a staple of “weird” Austin culture. Even though in the '70’s the original purpose of the birthday party began drifting away, many college students still attended with the intent to come in costumes and make Eeyore happy on his birthday. Today, it is still encouraged for everyone to come in costume and to “be prepared to become the avatar you always wanted to be” . 13

In the 1980’s Eeyore’s Birthday Party had regained its spirit of whimsy and innocence as it became more welcoming to children of all ages and adults older than typical college students. One of the students who took part in the creation of Eeyore’s Birthday Party, Dr. James Ayres, was a primary organizer of the 1980 celebration after he became a professor at the University of Texas at Austin. Ayres “disassociated himself from the party (in 1979) after he said he became disillusioned with the celebration because of the massive crowds generated by the party” and the crime that came with it. To reform Eeyore’s Birthday Party, Ayres moved the party to a different time and venue, to “coincide with the annual spring performance of scenes from Shakespearean plays” put on by his students. People came in costume with droves of red balloons, and Ayers claimed that this was “more what he had in mind when he and a group of students through their first tribute”, and one of the attendees even expressed his joy that the 1980’s Party now had a “freedom to play” . 14

The Party We Know Today

Reflecting on past celebrations reveals that Austin truly has a sense of community to continue such a tradition. Eeyore’s Birthday Party has a very different feeling from other Austin festivals, and this positivity can be attributed to the facts that all proceeds go to the Friends of the Forest Foundation and that the birthday party is a very historic and intimate local event . 15 Due to the passion of Austinites, this event still occurs annually, and let's hope it continues for many more years.

Cook, Abner Hugh. (1850).The Library of Congress. Retrieved from http://www.loc.gov/rr/print/res/114_habs.html

Open from 5 am to 10 pm all through the week