In 1862, Confederate Colonel Adam Johnson led a raid from Henderson, KY into Newburgh, IN. The purpose of the raid was to obtain weapons, artillery, ammunition, and provisions from the Union encampment in the town. In taking the town, Col. Johnson's men suffered no casualties and Newburgh became the first northern town to be captured during the Civil War. It was Johnson's ingenuity that made the raid so easy and earned him a nickname that would stick with him throughout the war. 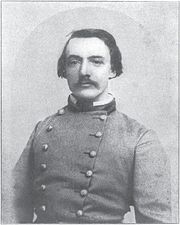 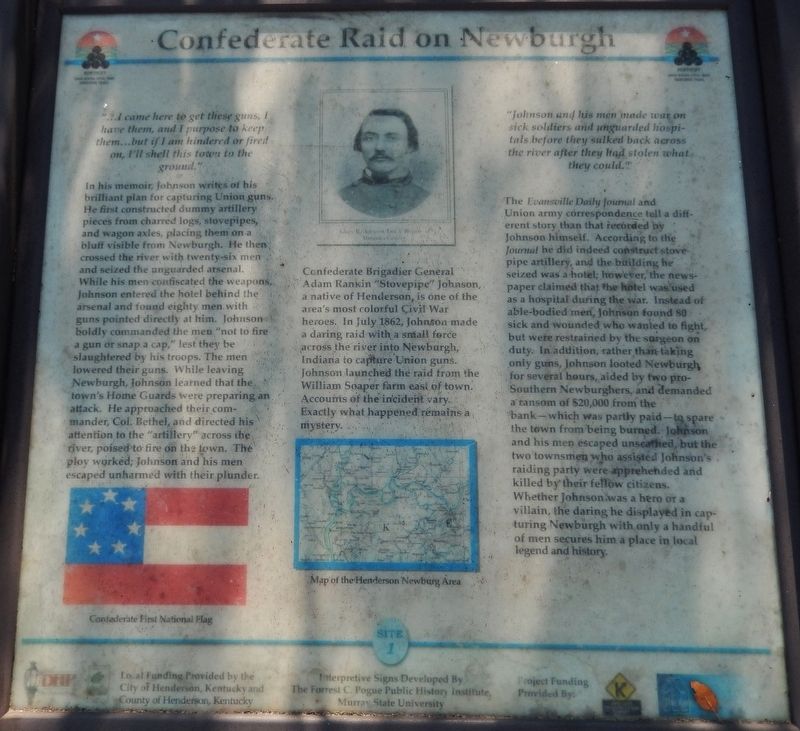 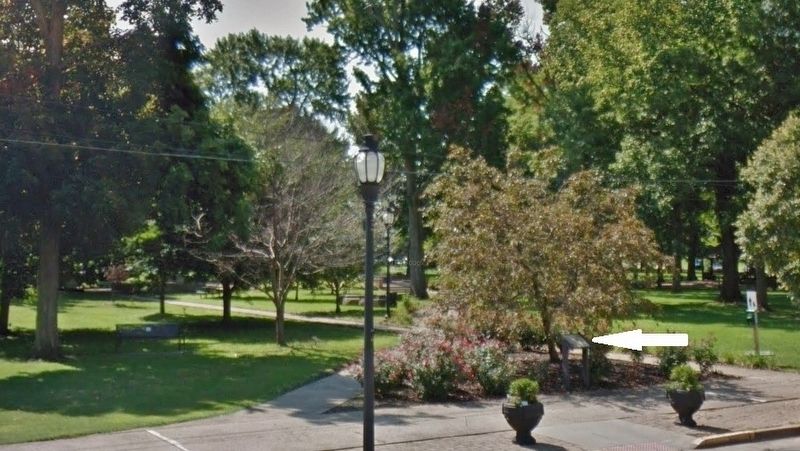 On the night of July 17, 1862, Colonel Adam Johnson and a contingent of 35 men started from Henderson, KY, crossed the Ohio River, and led a raid on the town of Newburgh, IN. On the morning of July 18th, the raiders split into two units. One unit made up of 24 men led by Robert Martin went to the east of Newburgh to create a diversion. The remaining unit let by Johnson seized the Union arsenal. Timing was of the essence, since Martin had to regroup with Johnson and they all had to be back across the river with their cache of weapons before a much larger Union force could be dispatched from Evansville.

The citizens of Newburgh planned to stage a defense on their own. While the Confederates were busy emptying the arsenal the townsfolk gathered at a nearby hotel and armed themselves for battle. Johnson, realizing that Martin would be returning very soon, confronted the people gathered in the hotel and demanded them to disarm. During this confrontation he took the Union commander prisoner. A force called the "Newburgh Home Guards" were ready to wage battle against Johnson and his men, but Johnson called their attention to a small garrison of two cannons just across the river that were prepared to level the town on his command. The Guards backed down while Johnson and his men finished clearing the arsenal out. However, what the Guards didn't know was that the cannons were a complete ruse. The raiders had built them out of long stove pipes, wagon wheels, and axles. It was this ploy that earned Johnson the nickname "Stovepipe". The ruse worked and the raiders started back across the Ohio River with their booty.

As the raiders began the last trip across the river, they happened across a Union gunboat and troop transport. The Union ship tried to maneuver to stop the Confederates from getting back to Kentucky, but Johnson and his men quickly made their way to the peninsula at the mouth of the Green River and opened fire on the Union ship. The Union soldiers thought they were facing a much larger contingent than they did, so they returned fire and fled the area. Two Union soldiers were wounded in the exchange, but none of the raiders suffered any injury at all.

In reality, the raid had the opposite effect that Johnson had hoped. Governor Oliver Morton telegraphed Washington, which in turn sent massive reinforcements to the area. These Union troops over the next several months started taking border towns down into Kentucky and paved the way for campaigns down into Tennessee and eventually Vicksburg.